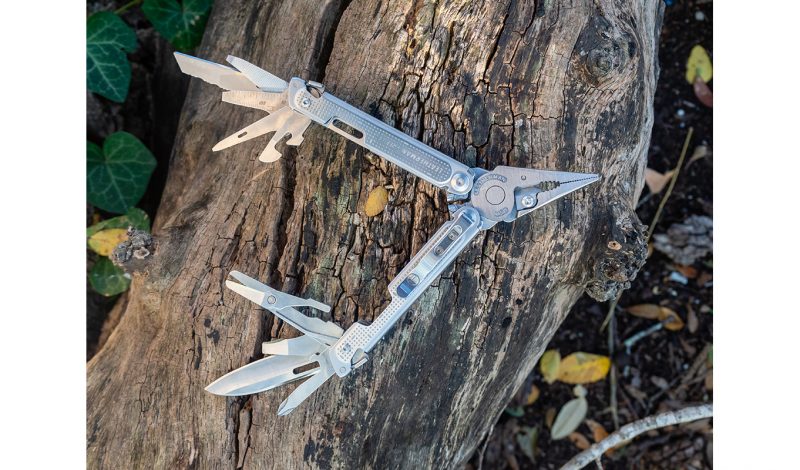 Leatherman devised the multi-tool in the 70’s and the Oregon based brand has steadily updated designs since. Each iteration boasted improvements but gripes and annoyances remained, albeit minor. Leatherman launched the Free series at the beginning of the year and has added models at a steady pace. We’ve been testing the most well-appointed and highest priced (MSRP $140) plier-based version, the Free P4, in daily use at home and during outings for a month.

The Leatherman Free P4 is the slickest, most intuitive, and most easily accessed multi-tool I have ever wielded. The clever use of magnetic force to keep the handles and tool closed changes the game and allows true one-handed deployment. The overall attention to detail removes almost every gripe imaginable for a multi-tool.

The Leatherman Free P4 is impressive on paper:

The Free P4 doesn’t rely on spring tension to keep it closed or the tools retracted. Neodymium magnets reside on the ends of each handle, performing the double duty of keeping the entire unit closed and the tools within the handles. Leatherman claims the magnets do not interfere with cell phones, pacemakers, or damage credit cards.

The magnets did their jobs wonderfully; the pliers, with very little practice, were deployed in a single motion with the flick of the wrist, which lent the user instant trail credibility. The same applied to close the pliers, and with a little time, I was doing both without looking.

The tools fanned out of each handle with a roll of the thumb tip on discrete knobs at the base of each. It was possible to gain access to a single tool, but I usually deployed all the tools in the handle and closed the ones not needed, which was still a single-handed affair.

The pliers, blades, and tools each locked into the open position with an assuring and tangible and audible click. Unlocking the pliers involved applying enough force to overcome a cam/detent mechanism. The resistance came from an elastomer spring that is said to last exponentially longer than a metal spring. The threshold force to close the pliers was spot-on for both security and single-handed operation. Closing each blade and tool involved pressing a tab that was accessible from both sides at the base of each handle. Again, the force to free each tool felt correct and allowed maneuvering with one hand.

The resistance to opening and closing the pliers and tools was a little stiff at the beginning but quickly loosened with a few days of use. 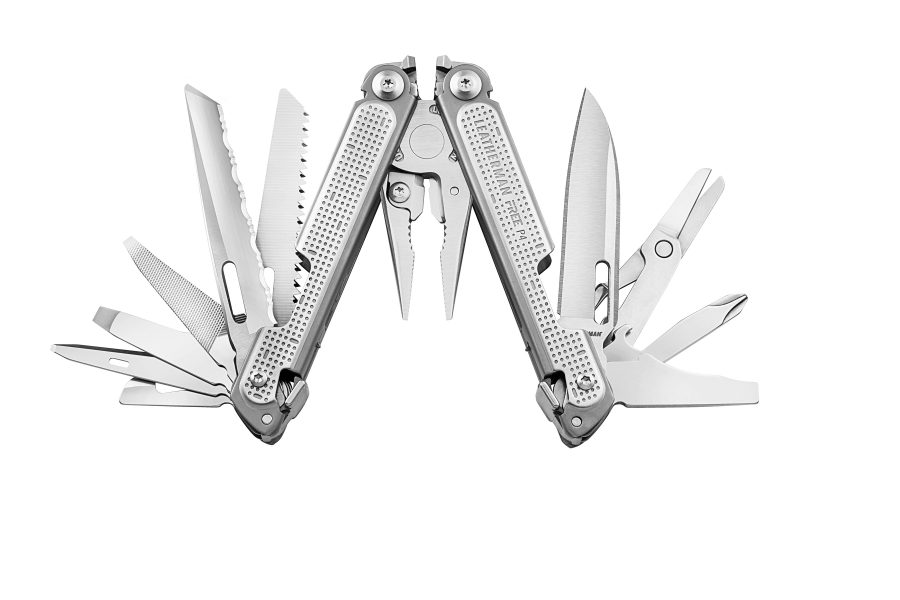 The exterior of the device has no irritating edges or textures for bare hands or pockets. The small perforations in the handle indeed provided traction, especially with damp hands.

The plain edge blade sliced extremely well; vegetables were cut with the same precision and cleanliness as my knives at home. The choice of 420HC stainless steel was a bit of a surprise given the flagship status of the Free P4, but it will make sharpening easier.

Each tool performed their assigned tasks surprisingly well, particularly for a multi-tool. The only exception to this was the Phillips driver; the flat profile left it lacking bite for larger screw heads or higher torques. The package cutter on the inside edge of the pry tool was extremely convenient and effective for me as a gear tester and saved the main blade from needless wear. And the wire stripper and electrical crimpers proved handy and effective while working on my truck in the field. It was difficult for me to think of ways to cram as much practical usability out of the .68” width of each handle.

Even the pocket clip was top-notch; it held the Free P4 deep enough to keep the Free P4 hidden and secure, but I never had to reposition it to sit down. 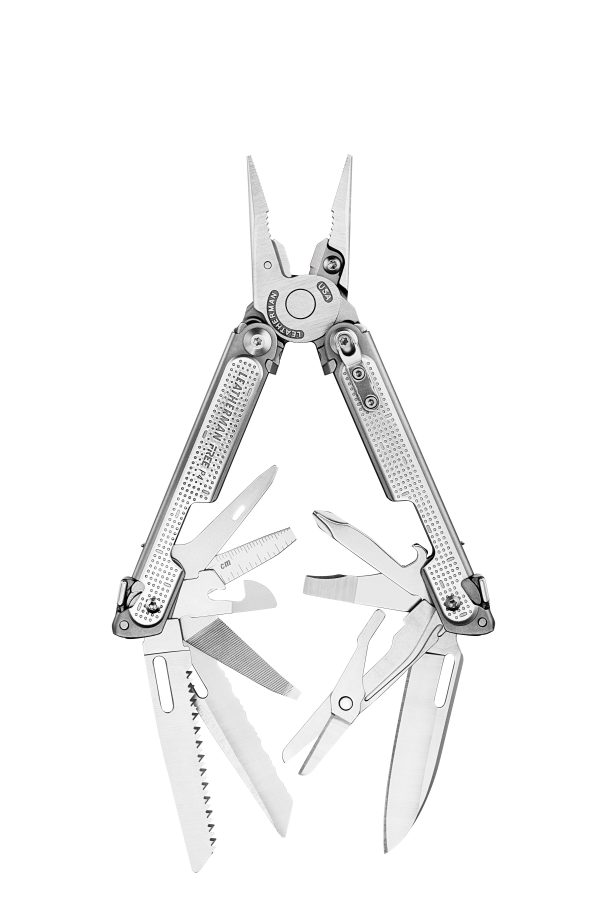 After a decades-long period of procuring, using, and eventually shelving multi-tools, I can confidently state that my search is over. The magnetic retention system stole the show, and all but one of the 21 tools were superstars as well.

Both the overall design and attention to detail are currently unbeatable in the multi-tool category in my opinion, and unless there is a quantum leap in functionality, I don’t foresee anything else displacing the Leatherman Free P4 as my EDC multi-tool of choice. $140. Buy now.