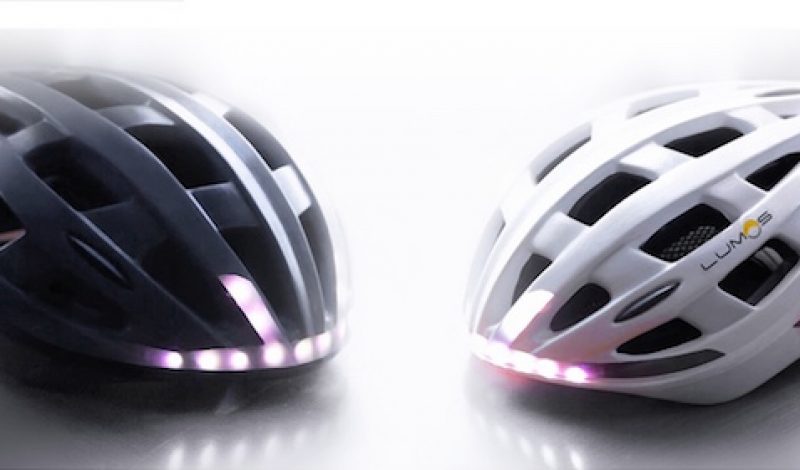 For road and commuter cyclists, staying visible directly equates to increased safety out on the road. All too often, distracted drivers don’t even notice that cyclists are even there, which often leads to dangerous situations or even life-threatening accidents. But a new bike helmet is looking to increase the visibility and safety of riders by incorporating a set of lights that not only make cyclists easier to spot, but allows them to communicate with drivers more efficiently as well.

The Lumos bike helmet launched on Kickstarter last week, and immediately became a sensation. The designers of the helmet had initially asked for $125,000 to help fund their project, and as of this writing they have already achieved more than two and half times that goal. That means the campaign has already been successful, and production of the helmet can proceed with an expected delivery coming sometime next spring. 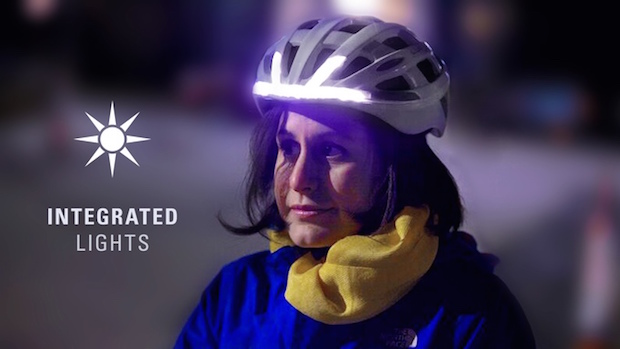 So what exactly does the Lumos helmet bring to the table that makes it so special? For starters, it has a bank of integrated LED lights along both the front and back that help to make a rider much more visible to traffic. The forward-facing lights are white in color and arranged in a pattern that helps them to standout when viewed in a rearview mirror on by a driver that is approaching from the front. Meanwhile, the back lights are red and have been arranged in the shape of a triangle, which is a commonly used warning symbol out on the road.

But that’s not all. Much like a car, the helmet also has the ability to indicate that a cyclist is preparing to make a turn by flashing its lights in the appropriate direction. A wireless remote control mounted on the handlebars of the bike can be used to activate these signals, which are much more visible to approaching drivers than the traditional hand signals that many cyclists fail to use in the first place. And thanks to remote activation, riders get the added benefit of not having to take their hands off the handle bar to let traffic know they are about to turn. 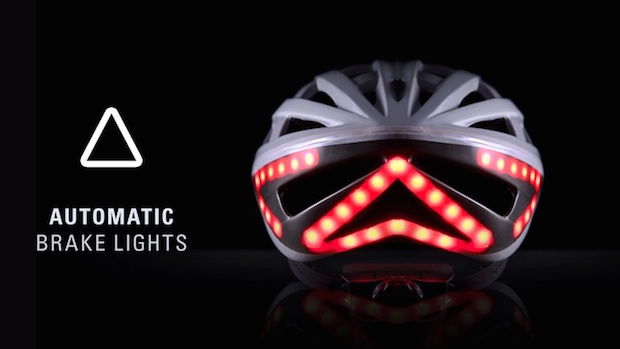 The Lumos also comes with a built-in accelerometer which can tell when the bike is starting to slow down and will automatically activate an integrated brake light as well. In this case, the cyclist doesn’t have to anything other than wear the helmet, and remember to have it turned on.

This high tech helmet comes with a built-in battery that is capable of going approximately I week between recharges. It is also water resistant, comes in two colors (black and white), and tips the scales at a modest 14.5 oz. 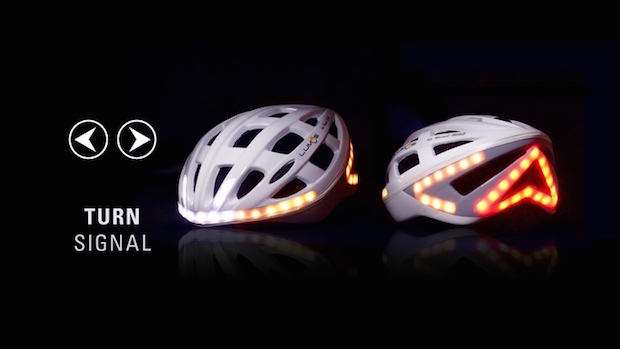 Early bird contributors to the Kickstarter campaign can get the Lumos helmet for as low as $99. It is expected to retail for about twice that when it hits the street next summer. 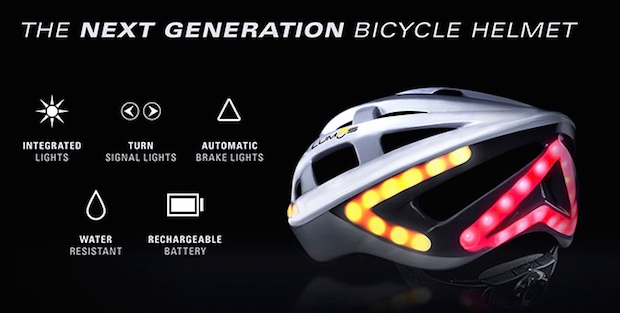