There is nothing more central to the hiking experience than the boots. This relationship is central in the good times (connecting us to earth and getting us where we want to go) and in the worst of times – a full day’s march into the wilderness, sporting some epic blisters on the back of the heel, and quickly burning through precious vacation time.

Specifically, this test is honing in on true Backpacking Boots of mid-ankle height. So, it’s not ultra-lite trail runners, day hikers, or burly mountaineering boots to use with crampons for summiting lofty peaks. Both leather and synthetic boots were included, all mid-ankle height. If you’re looking for something else, check out our reviews of low-cut light hiking boots, hiking shoes or even trail runners. Here, we’re looking only at backpacking boots—boots to last hundreds of miles of backcountry trail and maybe to hit some non-technical summits along the way.

An initial batch of about a dozen boots was researched, and this final group of seven are the boots that proved to succeed in this category.

I have a size 12 foot with an average width and a slightly higher arch than average. As a trail runner, I appreciate a roomy toe box.

The boots in this category continue trends long building in the industry and field. Everything is getting lighter while staying about-as-secure, particularly synthetic boots. Also, there are boots, such as the La Sportiva Trango TRK GTX boots tested here, that are blending the once-firm line between mountaineering boots and backpacking boots, fed by improving technology and lighter boots. 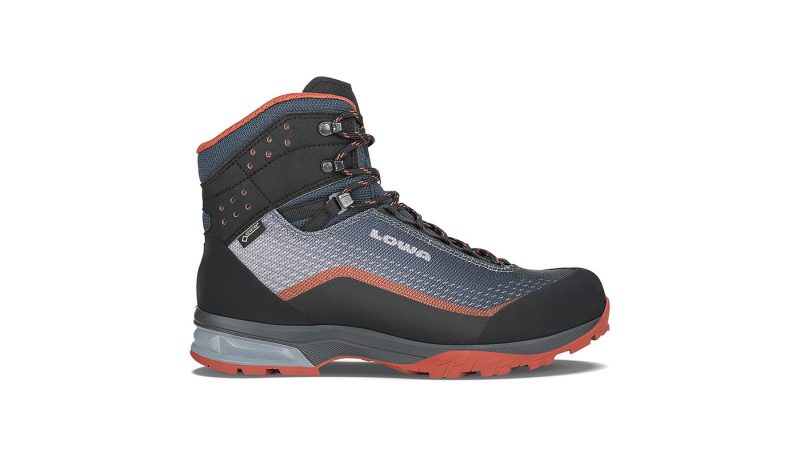 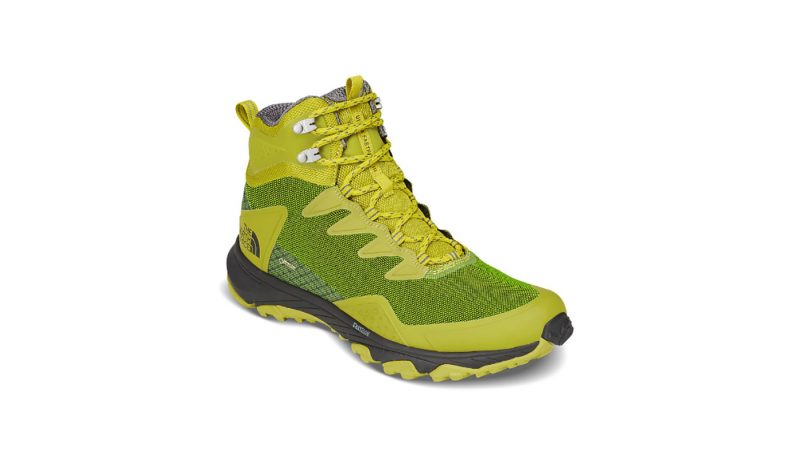 The North Face Ultra Fastpack III Mid GTX is a very breathable boot, good for ultralight backpacking, but not for very wet or high-alpine conditions. 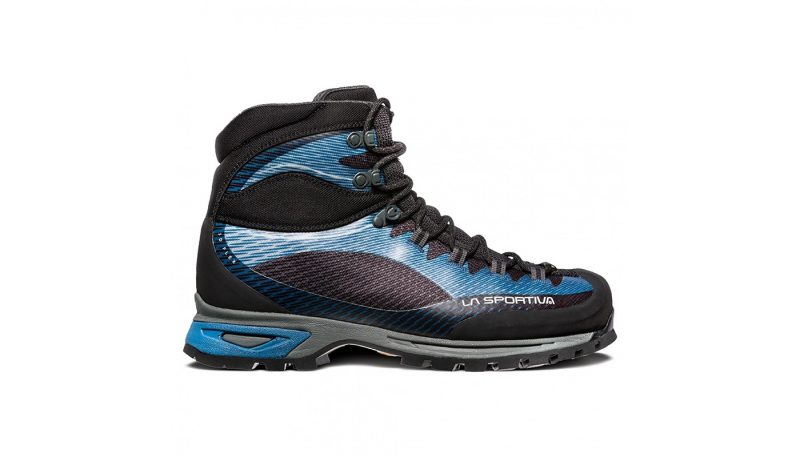 The La Sportive Trango TRK GTX took the “Best for Alpine Climbing and Mountaineering” honors, with a lot of comfort and superior construction. It’s a Mountain Boot specialized for the worst mountain conditions. 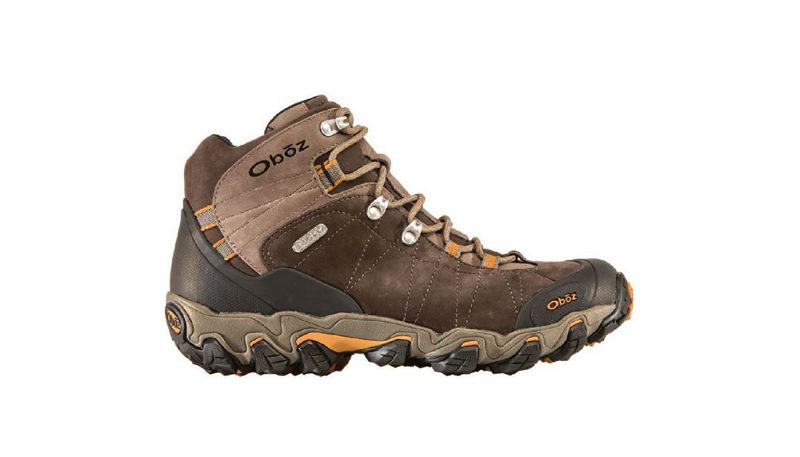 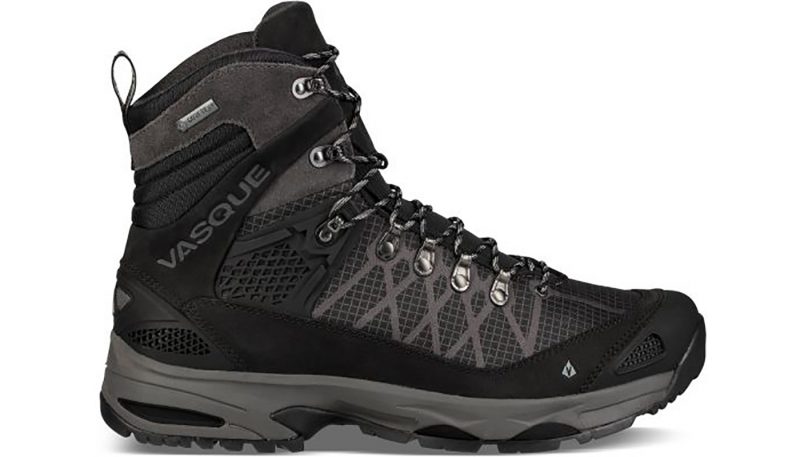 The Vasque Saga GTX are heavy weight contrasted with some design worries - particularly some very fine sewing at the juncture between side and sole. It is a heavy high-ankled backpacking boot for all-weather conditions.

The biggest lesson learned from conducting these tests is it’s best to get a boot that can handle the toughest conditions expected. Obviously, we can’t prepare for everything, but don’t try to ‘get away’ with underweight or underpowered boots to what you might experience out there. Sure, you’ll be OK while you’re getting away with it but when you’re no longer getting away with it, you’re regretting your decision.

One question this test inspired is whether or not leather is becoming extinct. There will always be some hikers who will always prefer leather to synthetic boots, but synthetic technology is rapidly improving, with most synthetic boots offering as good of performance for less weight. But leather does have a central advantage that every baseball glove owner knows—once those boots are broken-in to your foot, it is a symbiotic relationship. It may take some patience, perhaps even wearing your boots to work a day or two a week as you plan your next backpacking trip, but for some who have come to know that experience, they won’t be bought off with how light these synthetic boots are.

The only wish-list item I wrote down in the process of testing was to look at more ultralight, fastpack style boots in the mold of The North Face’s Ultra Fastpack III Mid GTX. They are really light and act more like running shoes in the right conditions.

The biggest surprise performer was the Oboz Bridger Mid Waterproof. I came in with a bias against leather boots, particularly in the trail-only arena where these Oboz boots do well. But they did do well, cinched in all the right places, and were really comfortable to wear while walking.

I have been an outdoor educator and mountain guide for the last 12 seasons and have been reviewing gear for Gear Institute for three years. When I was given this assignment, I protested since I was so used to wearing low-cut boots for backpacking and zero drop trail shoes for trail running, I didn’t have much experience with mid-ankle boots, and what’s good or bad about them. But a season of wearing them not only turned some atavistic cogs remembering Boy Scout backpacking adventures and family trips to Acadia National Park, and I finished the test a convert to mid-ankle height boots for backpacking, and particularly for my guiding work.

The two backpacking boots that scored the highest in this rating category were the La Sportiva Trango TRK GTX and the Lowa Irox GTX Mid, thanks mostly to the secure foundation delivered from the soles to the ankle, and the general feeling of durability. The least supportive were the Merrell Chameleon 7s and the Scarpa Kailash Trek GTX. The Merrell because of a lower-than-the-rest ankle cut, and the Scarpa because of an imbalance towards the toe.

Boots continue to prioritize support and stability, but there’s a divide growing, between mountain boots that usually feature a beefy Vibram sole with a traditional layout and more trail-specific boots that prize lightweight and usually have a more knobby sole that can get over rocks, roots, and trees, but aren’t really boots that you want to be wearing while doing some class two or three scrambling. So, it’s no surprise that the factors that proved most important in testing were a boot’s weight, ankle height, and sole. 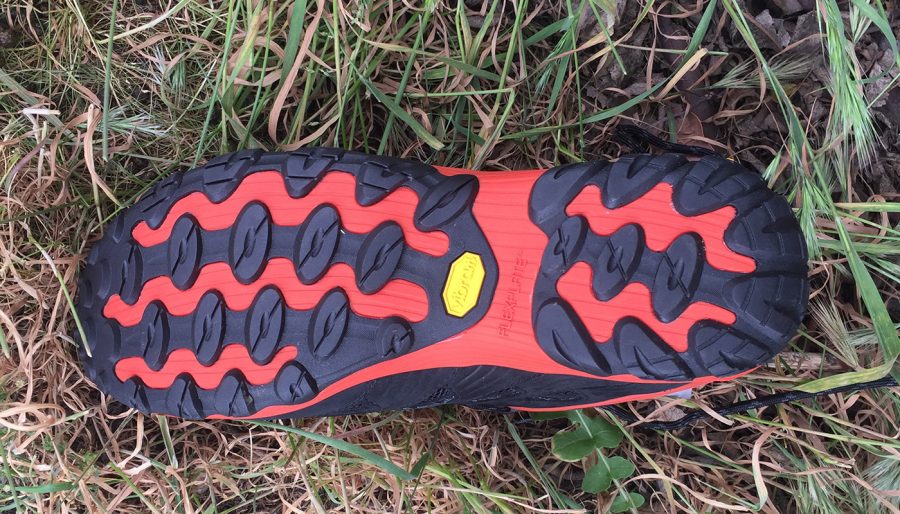 The Lowa’s also took the highest score in the Quality and Construction criteria, thanks to a completely solid build, all at a very reasonable weight and good engineering all the way through. The lowest performers were the Vasque’s, the Scarpa’s, and the Merrell’s, mostly for some clunky construction that doesn’t inspire trail confidence, and for some very delicate sewing that is looking for a trip-ready root to tear and leave an open hole down to your lucky socks.

With regard to construction quality, synthetic boots seem to be leaving their leather competitors in the dust. These are very expensive boots, but it’s a lot of performance is packed into a lightweight package.

The factors that ended up being the most consequential in testing were the boot’s component materials, and the grommet and lace construction. Merrell lost some points here because the one row of open grommets on the top of the ankle is fastened to the leather, rather than being sunk in with a rivet.

Are they comfortable? This is the most important question of finding the right backpacking boots. The question that follows a close second is ‘how heavy are they?’ Comfort is much harder to measure and more subjective to interpret. The most important comfort factors for this test revolved around how liveable the boots proved to be in the backcountry. Does the sole have a bit of flex while still protecting your foot? Is the boot breathable enough to ensure you’re not going to foster a tropic biome around your feet? And then there’s the subjective X-factor, of all the different data points coming together to ask ‘How does it feel?’

One positive trend in this category is an improvement in the quality of the stock insole being put in these boots. Some are still paltry, but others look more like a specialty orthotic you’d buy at a running shoe store.

The boot that scored the highest in this criteria were The North Face Ultra Fastpack III Mid GTX, for their lightweight and nimble feeling on the trail. The worst performer for Comfort was the Vasque Saga GTX, for a boxy interior and a heavyweight.

Weight proved an important factor in this test, and one that is relatively easy to measure: Our average was 2.5 pounds, and the lightest was the TNF Ultra Fastpack III at 1.9 pounds and then the Merrells at 2.1 pounds. The heaviest was the Vasques, at 2.9 pounds, and then the Scarpas, which weighed in at 2.8 pounds. Weight was central, but also considered in this rating category was a boot’s balance – toe-to-heel, side-to-side, and top-to-bottom, which factored into a boot’s weight score. One interesting trend is how mountaineering boots are getting light enough to be used by some as a general backpacking boot.

Again, the Lowa boots took the highest score in this rating category with their fortress-like construction. If these boots are one thing, they’re solid. The tow cap, the sole, and the sides all factor into a boot’s protection. The three boots that scored the lowest here were all for different reasons: The Ultra Fastpack III with vulnerable sides, the Oboz low ankle, and the Merrell for both a low ankle and mesh that is low on the side that makes these boots not rated for puddles. In this category, we’re seeing more hybridization of mountain boots and trail boots, with a big beefy toe cap being put on boots that won’t often go off the trail. The vulnerability that proved the most important in testing the material and construction of the sides, and the joint where the sole connects to the side.

After studying the technical specifications and features of each, we put them on and hit the trail – usually for days. We evaluate the five criteria above and rank the boots. In the sections above, we only touched on some high-level side by side comparisons. To really understand how each boot performed, click on the boot in the grid above for the details.

What is a Backpacking Boot?

In this test, we looked at mid-ankle boots, so not ultralight trail runners, nor winter-specific boots, nor full-shank mountaineering boots.

There are two major sub-categories in this category, the Trail Boots, and the Mountain Boots. You wouldn’t want to take trail boots up into the alpine zone, while the mountain boots can cover a wider range of conditions but will feel clunky in mild circumstances. There are also two primary materials in this test set: Synthetic which is generally lighter, and Leather which will generally break in better to conform to the hiker’s foot and last longer.

To define a few terms: A grommet is the loop or hooks that the shoelace goes through to tighten and tie the boots. Closed grommets are the loops that laces stay through, and open grommets are the hooks, near the top of the ankle, that get unlaced whenever you take your boots off. The Sole is the bottom of the boot, and the insole is the layer that the bottom of your sock comes into contact with. 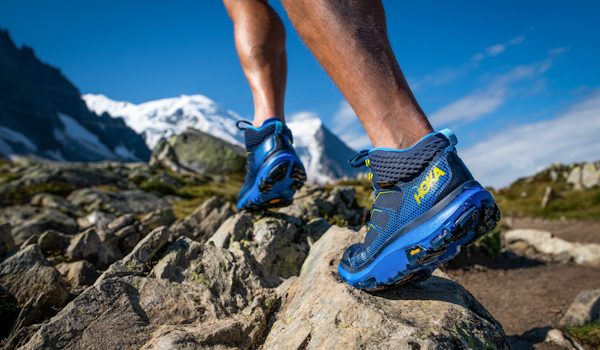