The Story Behind That Perfect Eclipse Shot 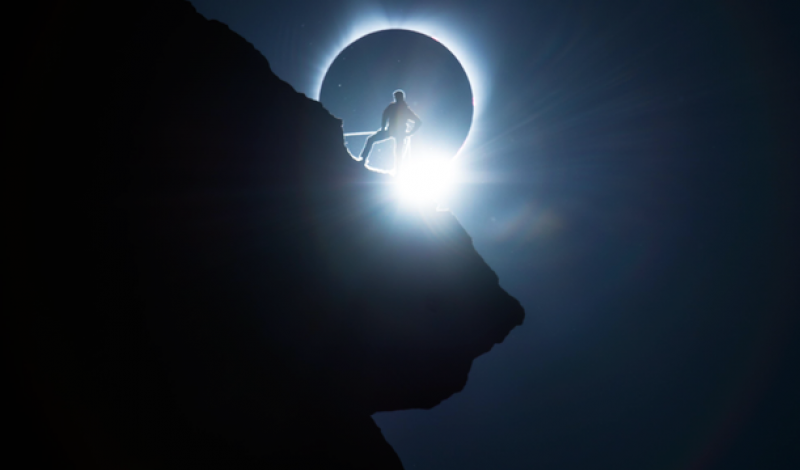 It’s such a stunning shot of the total solar eclipse, which occurred earlier this week, that its authenticity has been questioned by a few social media commenters. But a newly released video from Columbia Sportswear and Goal Zero — Totality | Capturing the Total Solar Eclipse — documents the detailed processes of Ted Hesser and Andrew Studer who teamed up at Oregon’s Smith Rock State Park to capture their impressive images.