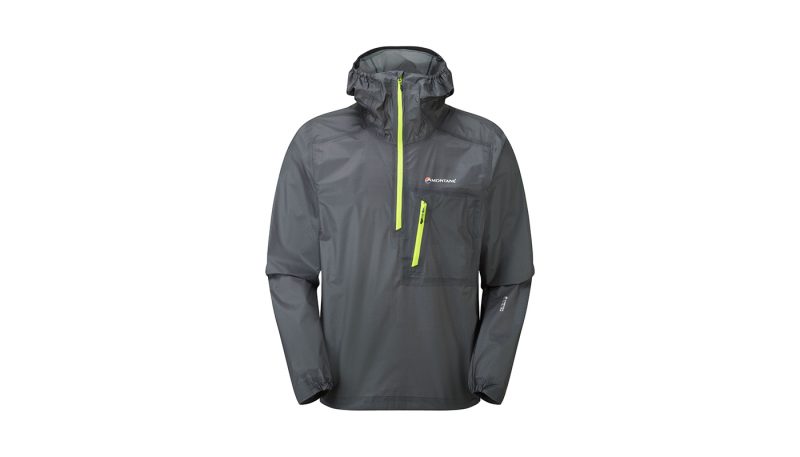 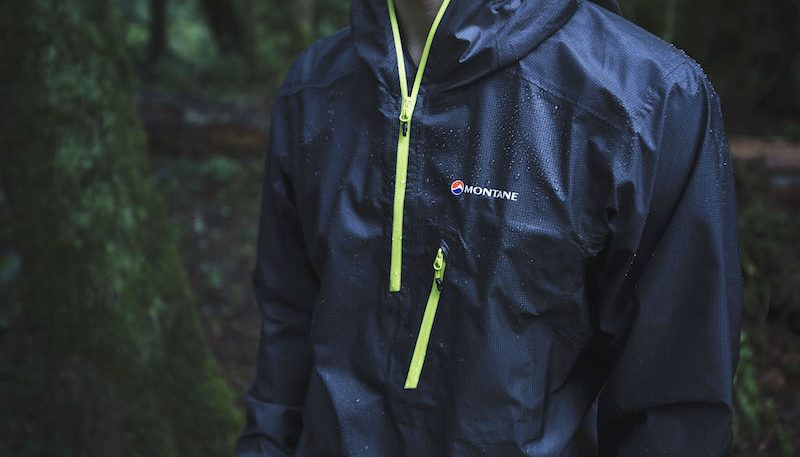 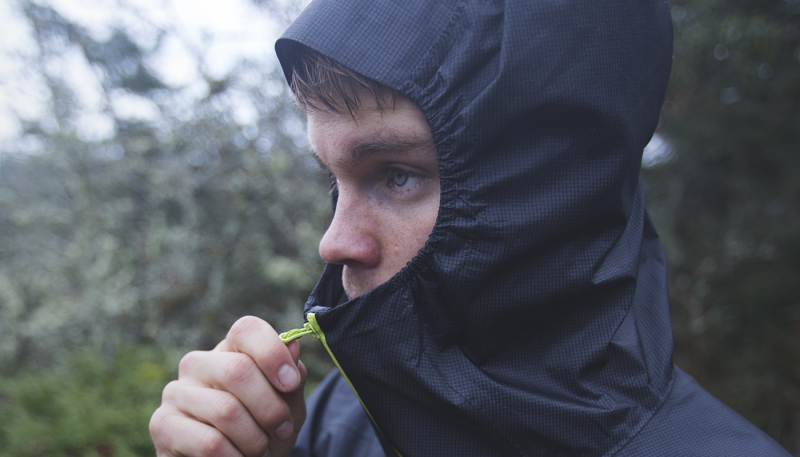 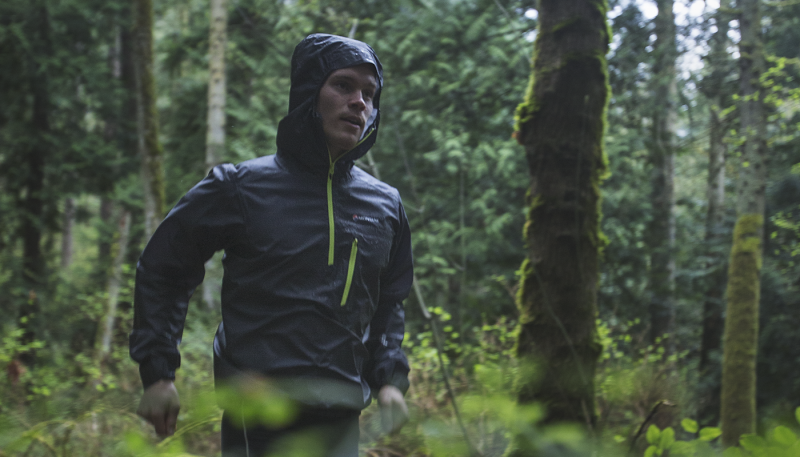 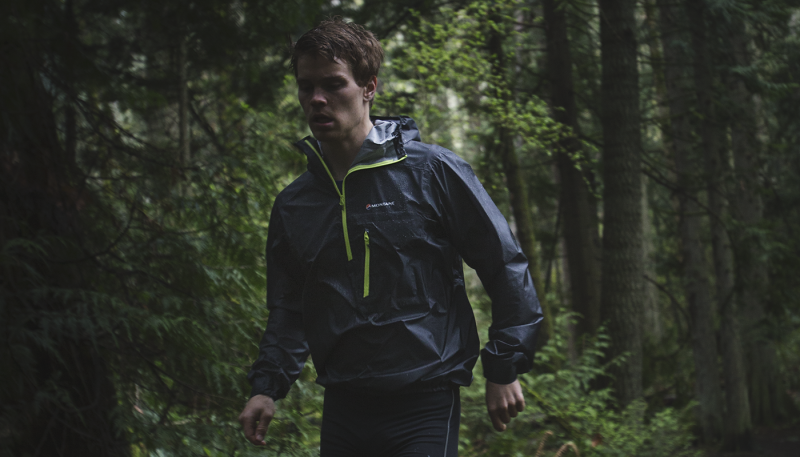 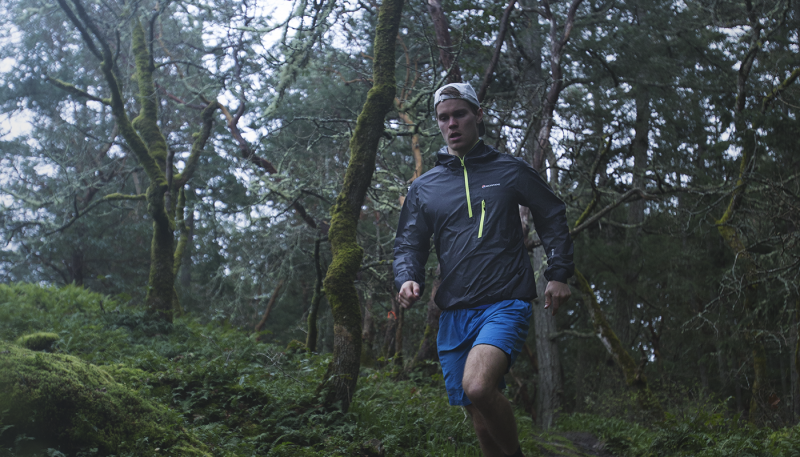 THE VERDICT
Montane’s Minimus 777 is the best all-rounder for waterproof running shells we’ve seen. While slightly less breathable and a few grams heavier than others, the Minimus impressed our testers with its great weather resistance and versatile fit. Choose the Minimus 777 and you might just stay dry on your next rainy ultra.
FULL REVIEW

Thanks to its resilient construction, the Minimus 777 Pull-On was the most weatherproof performer in this test. Montane uses Pertex Shield+ in their Minimus tops, a 3-layer waterproof breathable fabric.

The Minimus’ success in the shower test can be attributed to its zipper, a YKK Matte Minimalist AquaGaurd. Most jackets in the test saw leaking from the front zipper during shower tests, but the Minimus let precious little through. The Minimus also gains an advantage over other jackets in the test by only having a half-length zipper, leaving the fabric below the zipper seamless and waterproof.

While Montane’s Minumus 777 did not earn a perfect score for moisture management, the jacket is still remarkably breathable. The Minimus ranked after the Gore One Jacket and Arc’teryx Norvan SL Hoody, which use a more breathable, but less durable, Gore-Tex fabric.

One great advantage of the Minimus’ Pertex Shield+ fabric is that it is ripstop, as can be seen in the checkered pattern of higher-denier threads. This fabric has increased durability compared to Gore’s One Jacket and Arc’teryx’s Norvan SL Hoody. Despite having the second largest pocket in the test, testers were not fond of its placement on the jacket. Sitting just below the chest, our reviewers found that items with any significant weight – such as a cellphone, wallet or keys – experienced excessive jostling due to swinging into and away from the body. “The bouncing keeps me from storing anything in the pocket while running,” reported one tester. “It’s far more comfortable to hold my keys in hand than to jingle down the street.”

The Minimus 777 offers superb freedom of movement. The jacket is sewn with additional fabric near the armpit without creating bulk, making overhead and forward arm movements a breeze. Testers found the cut to work for a range of body shapes.

Similar to other jackets in this test, the Minimus 777 Pull-On contains itself within its chest pocket to a dimension only slightly larger than that of the Gore One. It ranks third in terms of payload at 4.5 ounces.

Continue Reading
WHERE TO BUY
MSRP
$289.00
BEST DEAL
$118.94
*Your purchase helps to support the work of Gear Institute.
HOW WE TESTED

The jackets in this test underwent three months of road and trail runs in Victoria, BC. Additional testing included use on ski tours, road rides and use around town. Each jacket was subject to waterproofness testing in the shower to determine if leaking occurred. 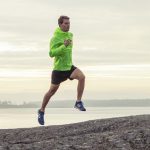 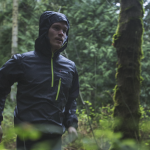 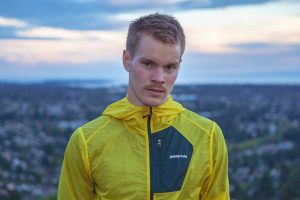