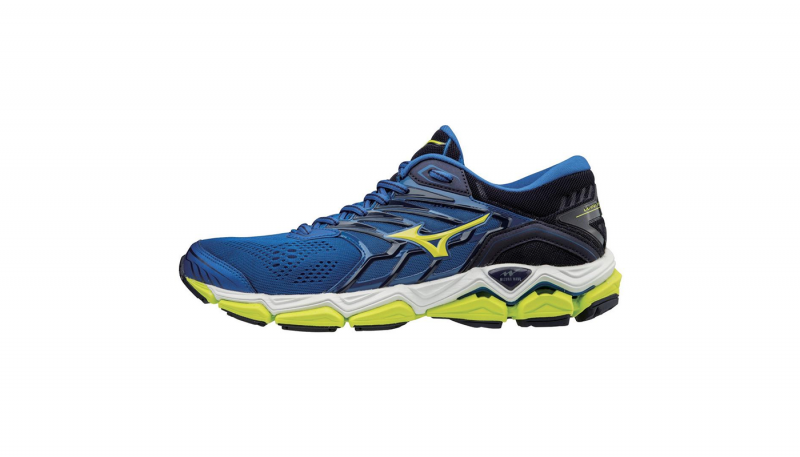 THE VERDICT
The Mizuno Wave Horizon 2 has nice updates for added comfort, and provides excellent support for heavy runners looking for a combination of stability and cushioning. It’s best suited for high mileage everyday training, but not well equipped for pushing the pace.
FULL REVIEW

The Mizuno Wave Horizon 2 is an update to the company’s stability trainer that combines pronation control with a cushioned ride platform and a steep 12mm drop.

Updates to this model include a full-length L-shaped fan wave, rigid SmoothRide Support in the medial rearfoot, and modified midsole grooves to diminish pressure points and increase the feeling of cushioning. The new upper has an engineered mesh upper in the forefoot and increased padding in the rearfoot, while the underfoot construction has deeper decoupling grooves in the heel for softer landings.

Most of our testers feel the Mizuno Wave Horizon 2 fits snug in width and length, but is generally true to size. The toe box is roomy and the midfoot and heel wrap the foot nicely, with five synthetic overlays anchoring the laces system to the midsole. In the rearfoot, a plastic cup secures the heel nicely, offers a nice lock-down feeling around the heel without feeling too stiff and uncomfortable. These shoes have almost no movement when running, mainly due to the robust padding in the rearfoot, and the tongue is slightly less padded to allow an exact fit with the laces.

The forefoot of the Mizuno Wave Horizon 2 uses an engineered mesh exterior with an internal bootie layer to wrap the foot. The mesh isn’t as soft as most others we have tested, and although it has numerous ventilation holes, our testers found the uppers quite warm with routine use. The midfoot of the upper is redesigned to be more flexible than on the first Horizon, and we experienced no hotspots or irritation areas with longer mileage. The rearfoot fully provides a secure fit but takes a few break-in runs to fully soften up. Underfoot comfort is excellent due to the extensive protection between your foot and the road.

The new full-length L-fan-shaped wave on the Mizuno Wave Horizon 2 is slightly flatter than the wave mechanism, and works in combination with the new SmoothRide Support which is essentially a medial wedge to control pronation. The midsole consists of Mizuno’s proprietary U4ic compound, but the volume of this material is diminished compared to other Mizuno shoes in order to make room for the wave plate and SmoothRide wedge. Our testers did not feel significant energy return from the Wave Horizon 2 aside from a noticeable spring at toe off. Overall, the shoe does a much better job of absorbing or minimizing impact instead of transferring it to forward energy. This aspect will also be influenced by the size of the runner, as larger runners will probably feel more transfer of energy compared to lighter runners whose landing impact is generally absorbed.

If you’re a heel striker looking for a cushioned smooth ride, the Mizuno Wave Horizon 2 is tough to beat. Its 12mm drop ensures a rearfoot landing, and the deep decoupling areas of the midsole and outsole in the rearfoot deform independently to enhance softness on impact. Our testers described the ride as soft and springy, and also noted some difficulty in changing speeds, which required more effort than usual to accelerate than in less cushioned shoes. The Wave Horizon 2 has a nice amount of flexibility for such a built-out shoe, and the ground traction is very stable thanks to durable outsole rubber. One pleasant surprise was that the Wave Horizon 2 performed quite well on trails as well as roads, making it a nice hybrid shoe.

Speed is an afterthought with a shoe like the Mizuno Wave Horizon 2, given the amount of support features. Even among similarly constructed shoes, the softness energy absorption in the midsole of this shoe makes it hard to achieve quick turnover, making fast running prohibitive. The steep heel-toe drop also makes it hard to shift weight forward for acceleration without compromising your running form.

Continue Reading
WHERE TO BUY
MSRP
$160.00
BEST DEAL
$109.95
*Your purchase helps to support the work of Gear Institute.
HOW WE TESTED

Testing of our lightweight road shoes was performed by a committee of testers, both male and female. Our group consists of eight testers who wore the shoes for total distances of approximately 20 to 80 miles. Single runs ranged in distance from three to 26 miles, and included casual training as well as speed workouts and road racing. The majority of our testing is conducted on asphalt roads or all-weather tracks, but we occasionally venture off-road onto jeep trails or smooth trails. Each tester prepares a summary overview of how each shoe performed in the criteria of fit, comfort, responsiveness, ride quality, and speed, and he or she also includes any additional thoughts or observations about the shoes during the test period. 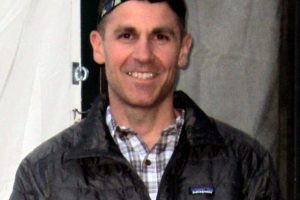 Donald is a physical therapist, ultrarunner, barefoot aficionado, and father of three with more than 20 years of experience in endurance sports.