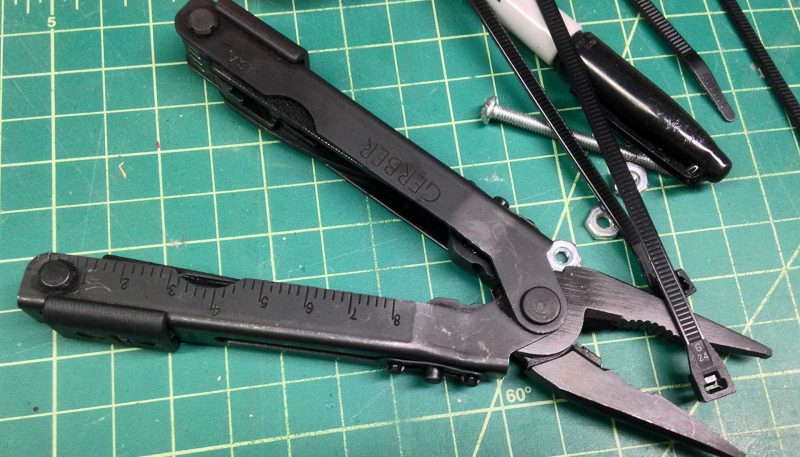 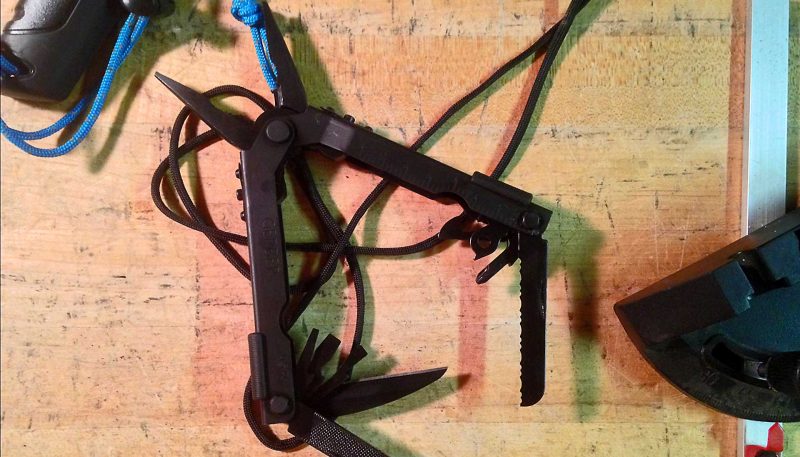 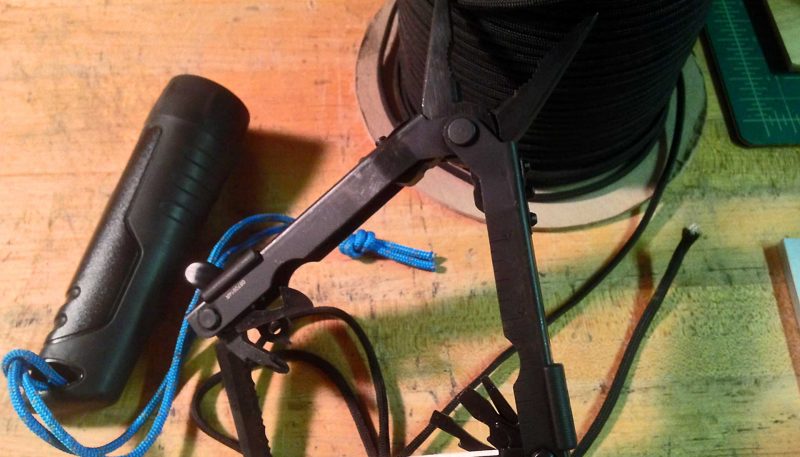 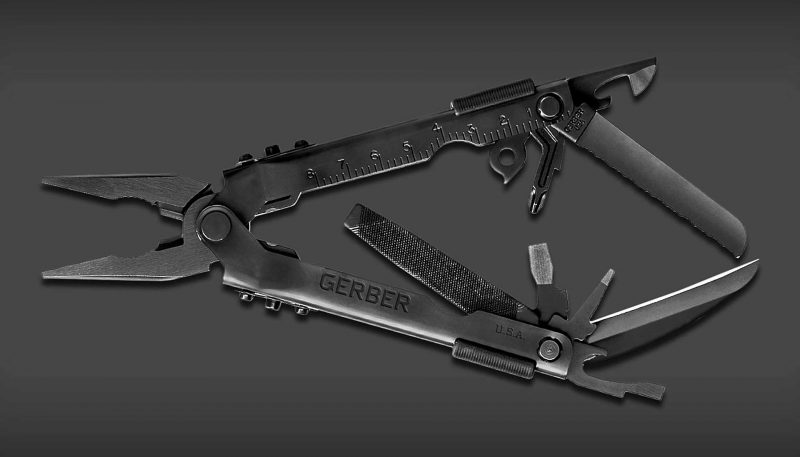 Like the name implies, the Gerber MP 600 basic is just that: basic. But it doesn’t need to be much more than that for you to benefit from its 13 included tools. (Gerber claims 14, but I can only identify 13.) It also features Gerber’s renowned one-handed opening needlenose pliers and is constructed completely from stainless steel. The model I tested was black-oxide coated.

Construction & Materials
I like to abuse the multi-tools I test, and the MP 600 was no exception. For the MP line, Gerber wasn’t concerned about fancy looks and silly gadgets, they stuck to hard lines and thicker material and it pays off.

Gerber chose to use a bolt lock style lock system for all of the internal tools on the MP 600. I initially thought the plastic switch would prove to be an issue, but it held up rather well.

The issue I had was with the expose spring that is no thicker than a pen spring. After a lot of use in situations where I had a lot of little debris flying around, one lock seized up until I was able to clean it out with canned air. Thankfully, the tools were locked in place. Tools shouldn’t seize up on you just because you’re working hard, so the MP 600 lost some points here.

“Stainless steel” is a broad term for steels that have different elements that prohibit corrosion—or lower quantities of iron, carbon, etc. In this case, I am not sure on what part of the spectrum this stainless steel falls on, but it held up exceedingly well in all submersion tests.

You won’t need to do too much with this tool to keep it running like a finely tuned machine—just make sure your lock mechanism is cleaned out before you get too deep into any jobs; especially if you’ve done any jobs that produced a lot of small debris or chunky dust.

Durability
I would have given this tool a 9 for over-all durability if it were stainless. The coating, which falls under this category, has kept it off of the throne.

As with their approach with form, Gerber isn’t going out of their way to make the needlenose pliers and wire cutters anything more than what they should be. They function great, but the wire cutters could benefit from being replaceable (which can be found on other models of the Gerber MP 600 line).

As far as the other components are concerned, the choice of internal tools was great, as is their construction. I didn’t have any issues using them, so I don’t have much to really write on them. They do as their told.

Design / Ease of Use
The MP 600 came covered in grease, which took 5-minutes to remove, and which ultimately began the process of the black-oxide coating rubbing off. Again, go stainless.

The black-oxide coating slows down the function of the pliers noticeably (when compared to the stainless model). By design, you can’t access the internal tools which may or may not matter to some folks—but if you need to fidget with a pair of pliers that are jammed up with friction to get to a screwdriver, you may find yourself getting a little annoyed. Go stainless and adjust to the extra step you need to go through to access these internal tools.

Edge Retention
For both the plain and serrated edge blades, the edge retention was quite good. I cut up all sorts of cardboard and fibrous materials and both of the blades are still fairly sharp. The serrated blade is patterned in such a way that you’re not relying on the same common edge when cutting. There’s a benefit to having a pattern like this—it’s called longevity.

Value
Gerber would have a great stainless steel tool here, but they decided to coat it. Not only does the coating rub off all over your hands and clothing, but it slows down the function of the needlenose pliers and costs more than the stainless version. If you can find this for $50, it might be worth it – but I strongly recommend you go with the all stainless version. 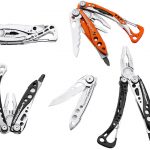