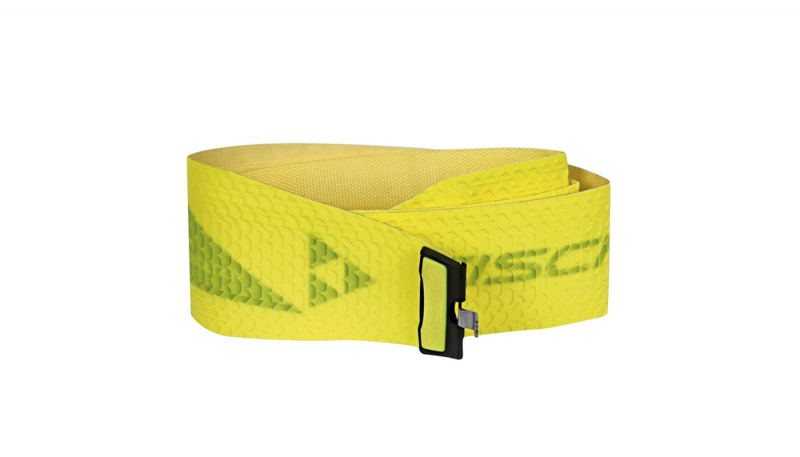 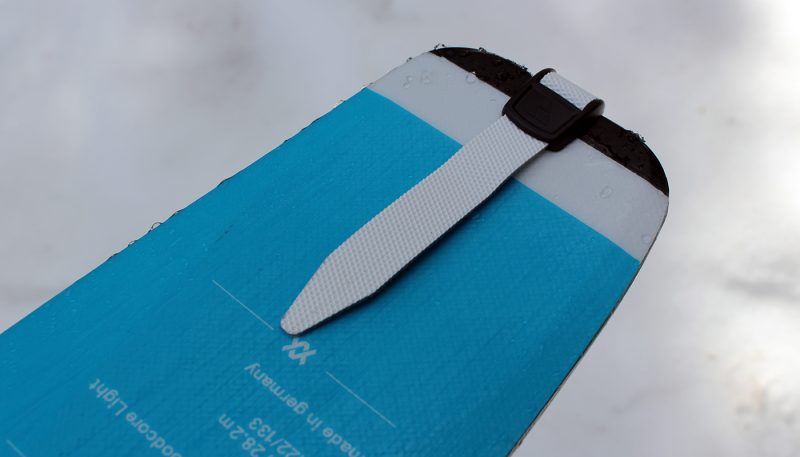 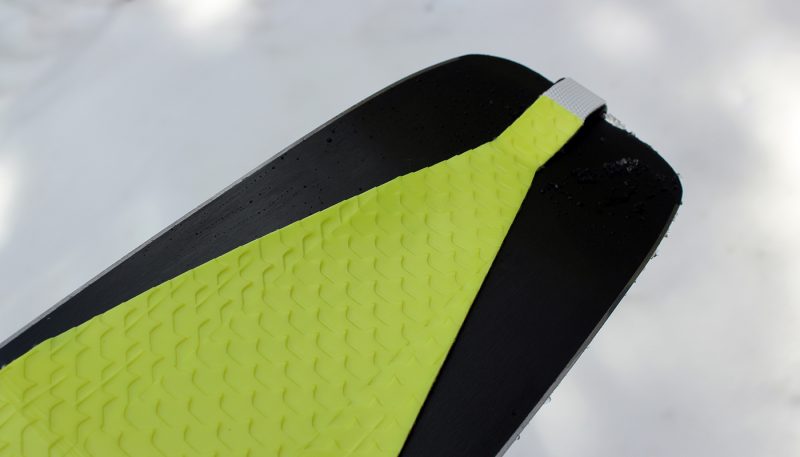 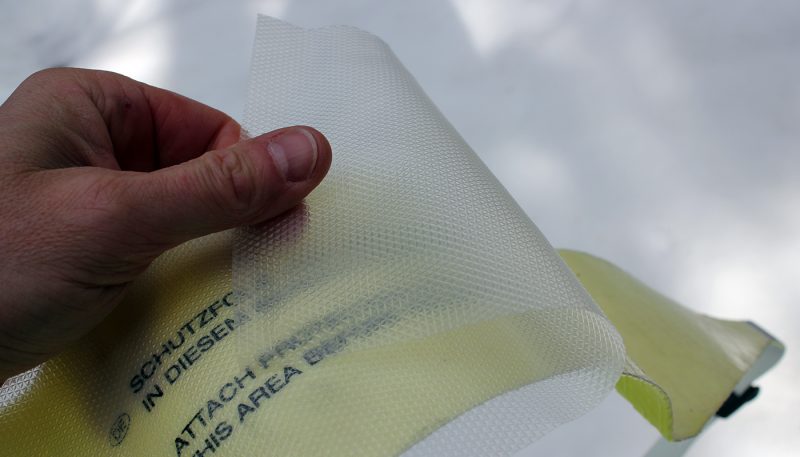 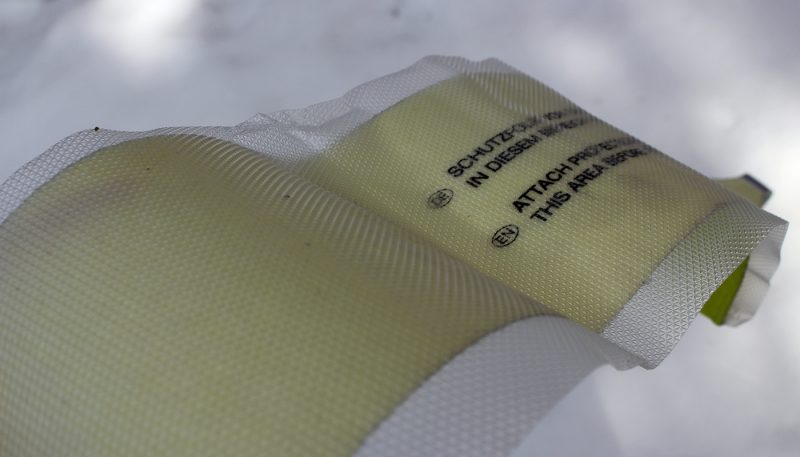 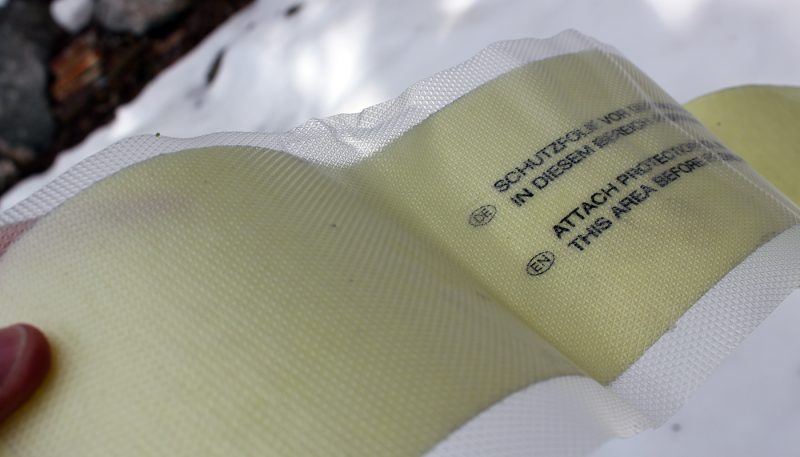 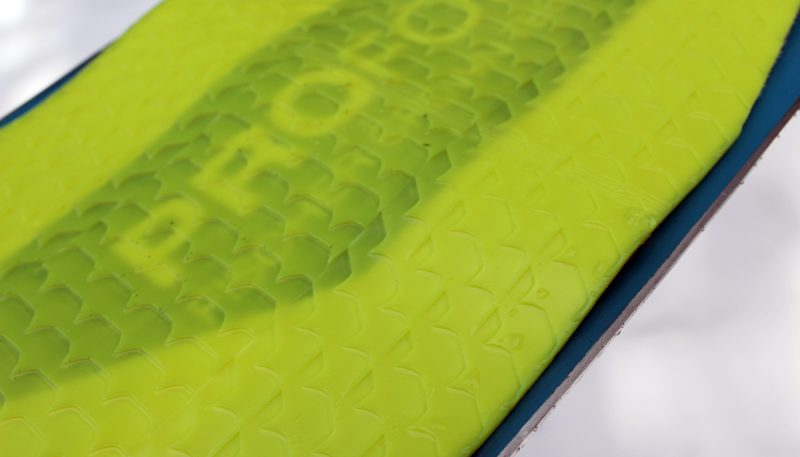 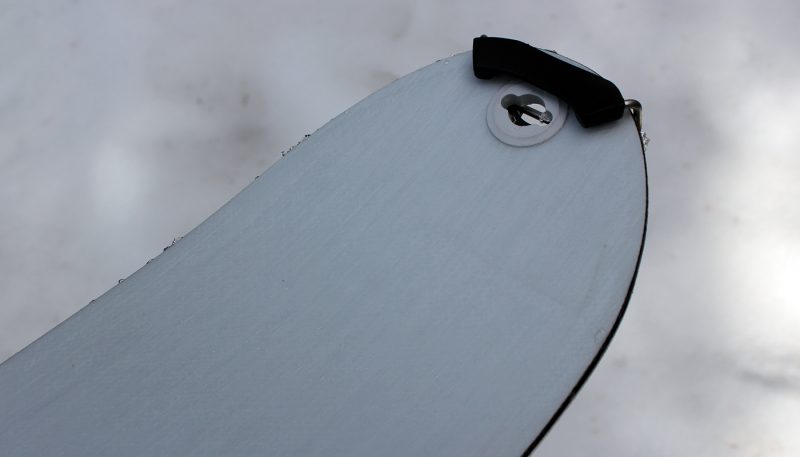 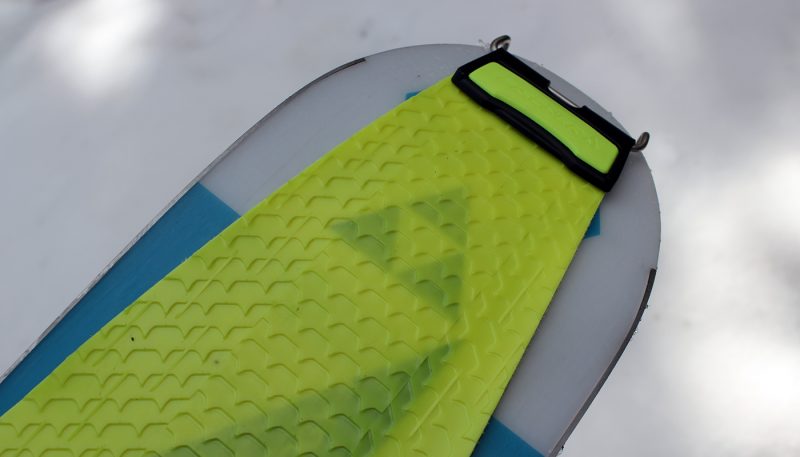 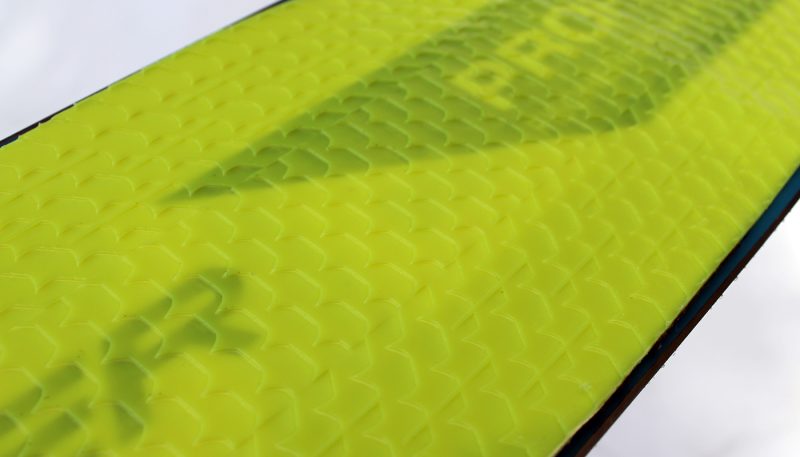 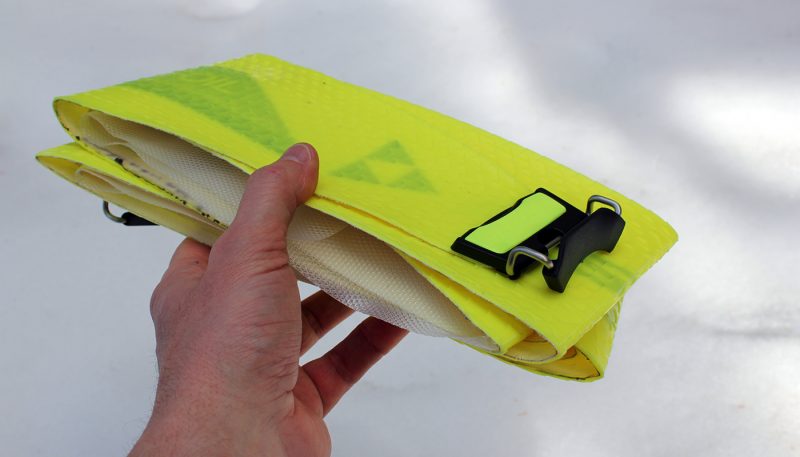 THE VERDICT
Traditional skins are difficult to separate and it’s awkward to fold them back together especially on windy days. The new Fischer ProFoils use a rigid plastic which unfolds into sections. These sections are easily applied to and removed from your skis, even in the windiest conditions! This rigid design allows the ProFoils to be folded flat for easy storage in your pack. The ProFoils are constructed from hydrophobic materials (i.e. plastic) so they don’t absorb water, accumulate weight or ice over the course of the day. This allows their glide and grip characteristics to remain consistent no matter what the snow conditions.
FULL REVIEW

The Fischer ProFoil is technically not called a climbing skin, since it’s not made out of mohair, nylon, or even seal skin—like back in the day. The ProFoil’s textured plastic adheres to the base of your skis in the same fashion as a climbing skin, except instead of using hair the ProFoils use a textured pattern very similar to the fish scales found on the bottom of cross-country skis. Fischer developed the ProFoil based on the knowledge they’ve obtained from years of perfecting the technology used in their cross-country skis.

Since the ProFoils are not your traditional mohair or nylon climbing skin, they must be cared for differently. For starters, they are not folded glue on glue and then stored. Instead they are folded on top of themselves, glue against plastic, so separating them is much easier. The use of a separator sheet is mandatory as the glue cannot come in contact with the glue on the other skin, or they will be ruined.

Traditional nylon and mohair skins produce friction as they glide on snow. They collect snow and absorb water throughout warmer days which can add considerable weight. Alternatively, the ProFoil glides clean like a ski, thus avoiding “glopping”—the accumulation of snow on your skins when the weather turns warm and the snow gets wet.

Thanks to the low-friction coefficient of the ProFoil base material, allegedly you can lengthen your stride by up to 20%, which means improved efficiency and less energy output, though we didn’t really notice any difference. Their ability to glide better than traditional skins doesn’t sacrifice grip on the skin up either. Fischer’s “Crown Grip Technology” means the scales are arranged in a crown pattern (as opposed to a traditional perpendicular pattern) to maximize grip. The ProFoils also fit onto your skis better: Unlike traditional skins which leave the ski’s edge exposed, the ProFoils fit edge-to-edge to provide even more grip and glide.

Initially ProFoils were only available in a pre-cut format for Fischer skis. In 2016, Fischer released the ProFoil in a variety of widths and lengths to accommodate other brands of skis. The tips now use a ‘cobra’ connector which is made of metal/plastic and is rather simple in nature. On the tail there is an ’i-clip’ connector, which is more traditional in its design and made entirely out of plastic. These more versatile connectors allow the ProFoils to be used on virtually any brand or type of ski. The only issue I have with the connectors is that the synthetic tail tends to slip through the tail clip over time; Because this releases tension, snow can creep under the skin causing build-up.

The glue is a relatively low quality on the Fischer ProFoils, and at temperatures below -10°C (-4ºF), and after multiple applications, its adhesion qualities are challenged. When this happens, the snow begins to creep into the fold points along the ProFoils (as this is where the material is stressed from being stored in a folded configuration). On days where the mercury is at reasonable levels, the ProFoil glue works well and this has not been an issue.

With a weight of 563 grams (20 ounces), the Fischer ProFoils are neither heavy nor light. They fall right in the middle of the pack when it comes to weight. Given that they are made of plastic and not traditional skin material, I found they did feel lighter in my hand and on my skis.

Overall, the Fischer ProFoils are fairly simple to use. Folding them for storage in quarters, with glue on plastic (rather than applying glue to glue like normal skins) is much more efficient in terms of speed while also requiring much less effort. The mandatory use of a separator sheet means additional care is required, but the sheet is only about 12” in length so it’s not a huge deal. Just don’t lose the separator sheet in the snow as its clear synthetic material is difficult to see in the snow.

Once the ProFoils are ready to attach to the skis, the tip and tail clips are easy to use. However, we had to be diligent in ensuring the ProFoils are properly attached at the fold points along the length of the ski to avoid snow build-up in between. 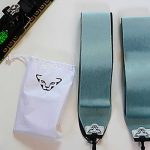