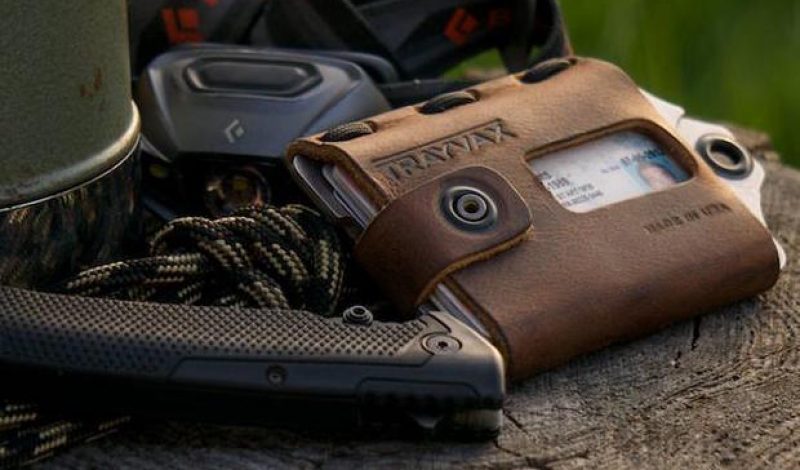 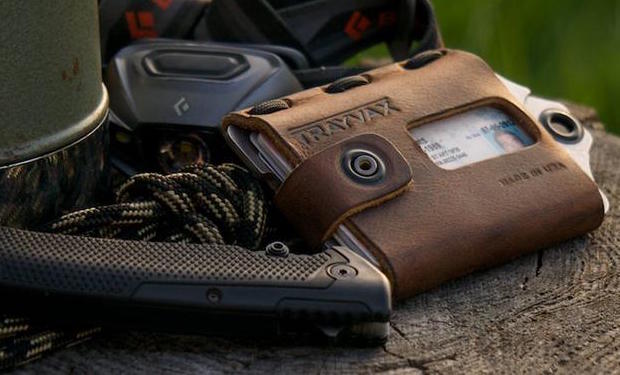 Trayvax is a company out of Washington State that designs and manufactures a line of handmade minimalist wallets aimed at life in modern society and beyond. Quickly gaining popularity due to their unique design and ability to balance form with function, Trayvax wallets are also RFID resistant which seems to be increasingly necessary in our modern world today. A few weeks back Trayvax reached out to me to see if I would like to test out their flagship wallet, the Element. I was anxious to determine if it could stand up to the active and demanding lifestyle of a gear tester who happens to be a Viking shaped, outdoor enthusiast. Being a bit of a traditionalist when it comes to wallets, I wasn’t sure what to expect, but I came away pleasantly surprised with the results.

BUILD
Constructed from shaped and cut stainless steel wrapped in one continuous piece of oil-tanned leather, the Element wallet is rugged, durable, and looks like it may have fell out of Han Solo’s pocket. One side is designed to house your ID and credit cards and has a section of the leather cut away to aid in their deployment. The other side is designed to hold your folded paper money, and also features an integrated bottle opener. But if I’m be honest, the opener is a bit of a fluff-feature and I don’t see anyone ever risking drenching their money and cards in frothy goodness to use it. The entire wallet is held together by a piece of 550 paracord and closes via a unique rivet snap.

CAPACITY & FUNCTION
In terms of how much the Element will actually hold – and how that will impact the wallet’s function – I currently have eleven cards in place and could probably add a couple more if I went through the suggested soaking process again to further loosen up the leather. I don’t carry that much cash on me at any given time, but I managed to squeeze five double-folded bills in there with no issue whatsoever. In order to be effective, and hold everything in place, the leather needs to be fairly tight. But if it’s too tight, you won’t be able to easily slide the cards out either. Follow the directions provided and add in the included spacer card and you shouldn’t have any issues getting your cards in or out. 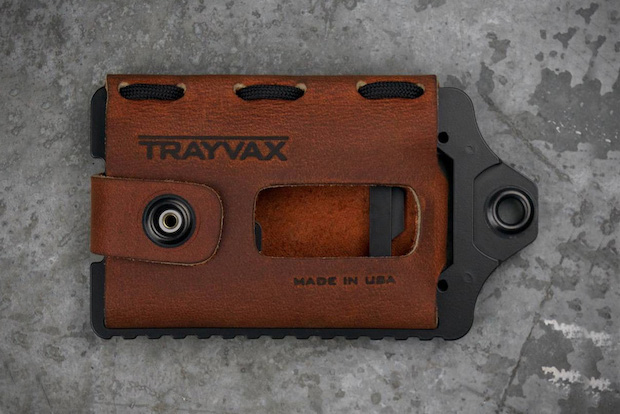 EVERYDAY CARRY
All in all, the size of the Element is around that of a deck of playing cards and when fully loaded it goes almost unnoticed in your back pocket. Some folks have stated that they think the stainless steel frame adds unneeded bulk and can be uncomfortable in their back – or even side – pockets. On a few hikes, an extended ride on an airplane, and in my day-to-day life, I personally haven’t found any of this to be true. That said, the level of comfort is obviously subjective to your body time and clothing that you wear.

RFID EFFECTIVENESS
As mentioned, the Element comes equipped with RFID signal blocking capabilities, which are put in place to scramble RFID scanners and ultimately keeps your personal information that is stored on a credit card safe from identity thieves. I tested this out with a door entry keycard and couldn’t get the door to open while the key was stored inside the wallet. Though I cannot say if this feature really is 100% effective with credit cards, seeing how it blocked the entry card is proof enough for me that it works to some degree. In talking with Trayvax, the recommend you store your credit cards closest to the steel frame to increase and maintain the scramble. 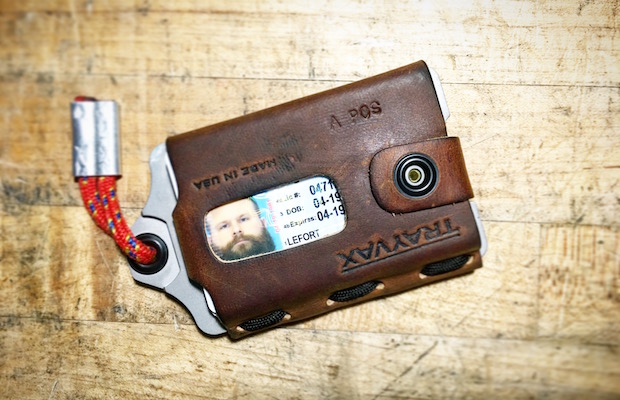 CONCLUSION
Overall, I’m impressed with the fit, finish, and function of the Trayvax Element minimalist wallet. As I said, it goes relatively unnoticed in my pocket which was a little weird at first. Being so different in design I figured there would be a bit of a learning curve, but if anything my cards and cash are easier to access in the Element than they were in my standard bi-fold wallet. I also like the idea of if being RFID resistant and this feature should appeal to travelers and folks in environments that are more likely to be exposed to RFID scanners. The biggest thing for me was stepping away from a wallet that allowed me to stash pictures, picks, and other totem tchotchkes. I’ve been carrying a wallet that allowed me to do that since I was a kid, so this was a bit of a change. However, in the end the switch over proved positive as I now have a less obtrusive wallet that is well organized and more efficient than its predecessors.

SO WHO SHOULD USE ONE?
I would like to be able to say that the Trayvax Element was ripe for one person or another, but it really is an all-around good wallet for anyone who’s looking to try something different. It is also important to note that Trayvax offers a few other designs that may work better for you and your specific lifestyle. Head over to their website and see what appeals to you.