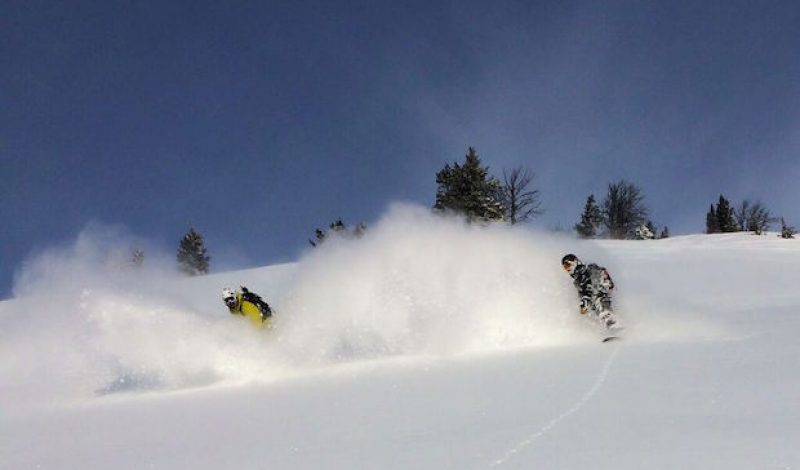 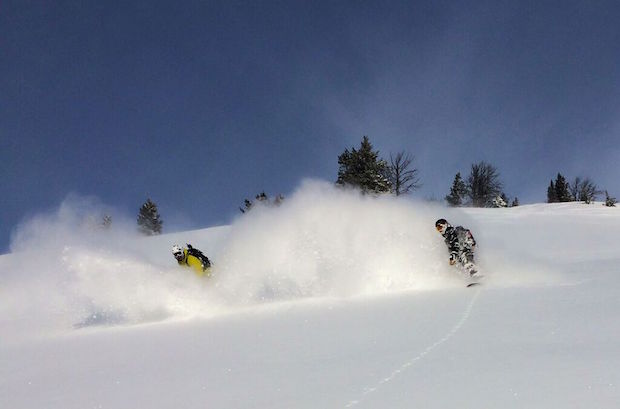 Earlier this month at the Snowsports Industry America (SIA) trade show in Denver, Colorado, professionals working in every aspect of the snowsports industry were able to see and touch thousands of new products designed to make playing in snow all the better. And while many of these toys were awesome and innovative, most of them are what we call in the business “incremental” as well.

But tucked back in the corner in the Craft Section, featuring a handful of up and coming, mostly boutique brands, was Franco Snowshapes, out of Jackson Hole, Wyoming.

Mikey Franco is Jackson Hole Mountain Resort’s longest standing snowboard instructor, teaching now for 26 seasons, and he’s been guiding at the resort since 2000. Building on this experience, he’s been designing snowboards since 2010, learning the craft from the Igneous ski factory in Jackson.

Franco conceptualizes, shapes and builds boards by hand, focusing on the custom, the artistic, and the timeless – all customized to suit each individual rider from trees sourced right off the mountain in Jackson Hole. Each board is then emblazoned with the GPS coordinates of the location of the tree it was crafted from. 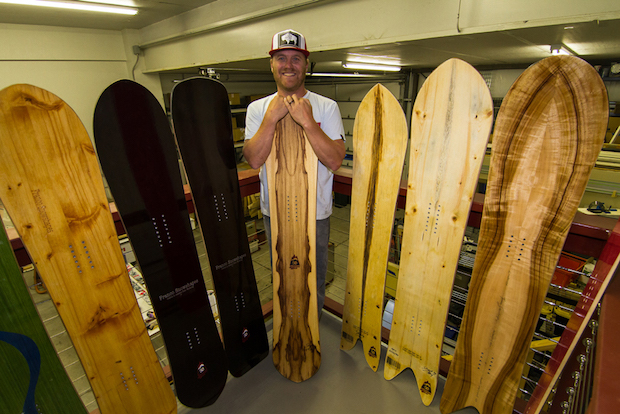 The Rider Genome Profile is the proprietary online survey that Franco uses to get to the essence of who someone is as a rider. It allows him to build boards from the rider’s mindset, what they do in their free time, right down to the anatomy of his or her feet.

Franco says he was inspired during a trip to Japan where he discovering Taro Tamai’s Gentemstick snowboards, and decided he wanted to bring the epitome of “snowsurf” back home to the U.S.

“Snowboarders are looking for more authenticity in both terrain and conditions, and more of a soulful riding environment. Who has the best terrain park is giving way to who has the best free riding, best vibe and a legacy of riding,” Franco told the Gear Institute. “Places like Jackson Hole and Grand Targhee, opposites in many ways, are great examples of insane places to ride with legitimate snow and legitimate riders calling these areas home.” 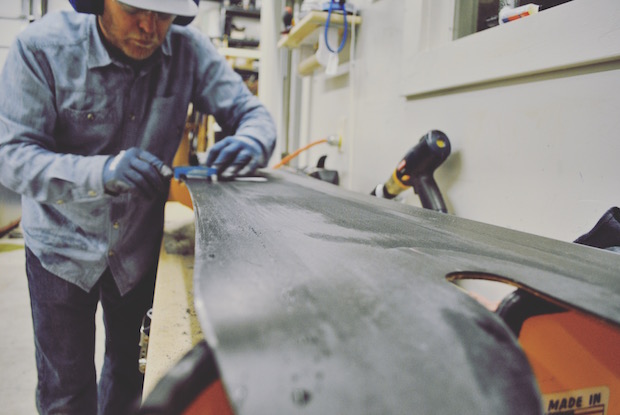 So now a rider can have a board specifically designed around their snow and terrain preferences, even their personality, with wood plucked from their very backyard – a perfect fit for a generation of consumers that increasingly values authenticity and transparency. There’s even a Franco Family Gathering for owners that features a week of guided riding at a select world-class destination, bringing the whole process full circle.

We sat down with Franco after the dust of SIA settled to get a closer look at this revolution:

Gear Institute: Coming out of the SIA show, did you feel like you were among like-minded company, or that you were an outlier?

Mikey Franco: While there are certainly a lot of snowboard companies that are introducing a new shape or two in their lineup, there are relatively few startups that are focusing on this movement. And certainly none pursuing the market in the way that I am i.e. legacy boards that are meant to be kept forever. What I see in my customers is an urge for authenticity and to feel a connection to a board. A board that is designed with respect for the art for which it was made: riding. 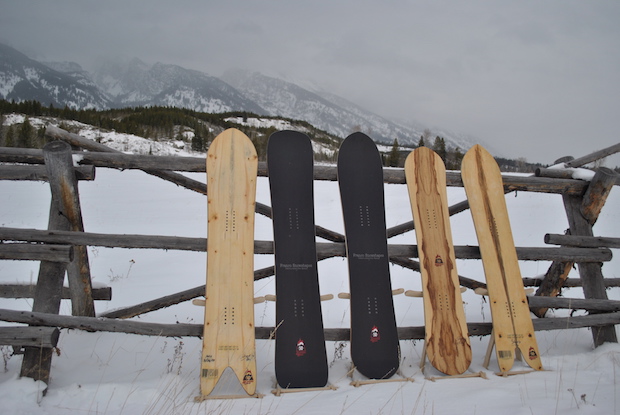 GI: A few years ago, people were saying that snowboarding was dying. What’s the most significant change in snowboarding in the last couple seasons?

MF: The bulk of snowboarders during the downturn in the economy were young and broke. Add in a lot of bad winters and you have the recipe for a downturn in snowboarding — albeit the first one we’ve had in 30 years of growth. But snowboarding is maturing. We have not seen what the “Snowboard Mom and Dad” generation will do to the sport yet because they are just now starting to have families. Kids are now starting off as snowboarders at 2-3 years old.

Old guys and gals eventually stop riding in parks, riding switch and spinning. And when they do they realize a twin board with rocker is not the best tool for powder. Now they have options they didn’t have outside of a few brands. Carving is suddenly cool! As a lifelong instructor, I always knew this, but now the cool kids are doing it. A very Japanese influence, terrain parks that have bowls and banks instead of kickers and rails are a blast for folks who’s knees, ankles or backs can’t handle steel and 75 feet of air to hardpack.

GI: How can Franco Snowshapes influence the rest of the snowsports industry?

MF: I think what we can do as shapers is continue to focus on craftsmanship, longevity and artistry in our boards. The tool is as important as craftsman. To use the analogy of a Japanese woodworker, the art is in both the blade and the cut. In snowboarding, the art is in both the riding and the board with which you ride. It’s not meant to be a disposable, temporary aspect to your riding – it should represent your entire life of riding.

I also see the movement of riders not feeling the pressure to ride seven days a week, bell to bell. Getting good quality riding in without the insane crowds has become more important to me and a lot of riders I know. Gone are the days where I thought I had to ride 150+ days a year to be a true snowboarder. Resorts will feel this impact if more folks lean this way. And the smart resorts will realize that the quality of the experience outweighs the benefits of high volume. 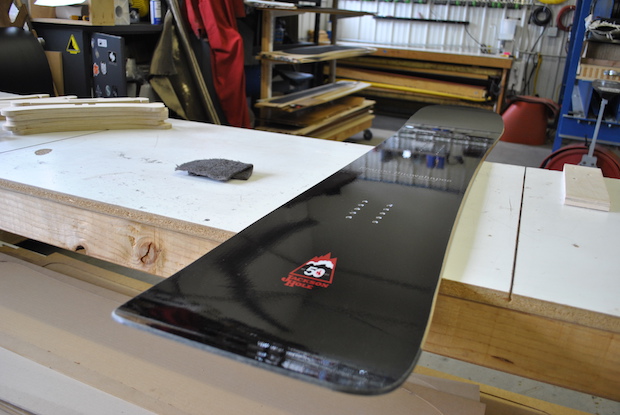 GI: What are the most sustainable things you see for the sport of snowboarding and why does it matter?

MF: I see more people looking for adventure and products that offer a real life changing impact. As we continue to move more toward organic food, craft beer, active vacations, it makes sense that people will start to demand the same organic mentality in snowboards. New fibers, bio-resins and sustainable work environments are all crucial.

The tough part for retailers and consumers is recognizing t

he cost, the same as the grocery store trying to justify very expensive eggs. But then I ask, how much did you pay for your mountain bike? Most committed riders have spent insane amounts of money for their bikes. The same goes for fly rods, golf clubs and on and on. Justified by quality, craftsmanship, small batch producers and uniqueness, no one second guesses spending large amounts of money on these sports. Why should snowboards be different? Ultimately, it will encourage buying less: keeping boards for a lifetime and treating them as important tools, not throwaway toys. This has a huge impact on sustainability and our economy and requires some adjustment, for sure.

I have clients constantly telling me that they love this board or that board, but can’t stand the insane graphics or unpredictable triple camber that makes no sense for their style of riding. Then the next year the model is discontinued and they have to buy three more boards to find the one they like, and the process starts over again. Because of this we aim to build boards that last, fit their passion and style, and when it is finally time to buy a new one, we can recreate that exact ride. As long as you love it, we will build it.

–Currently Franco Snowshapes custom boards are available only at Jackson Hole Mountain Resort, from Franco’s showroom and online at francosnowshapes.com. 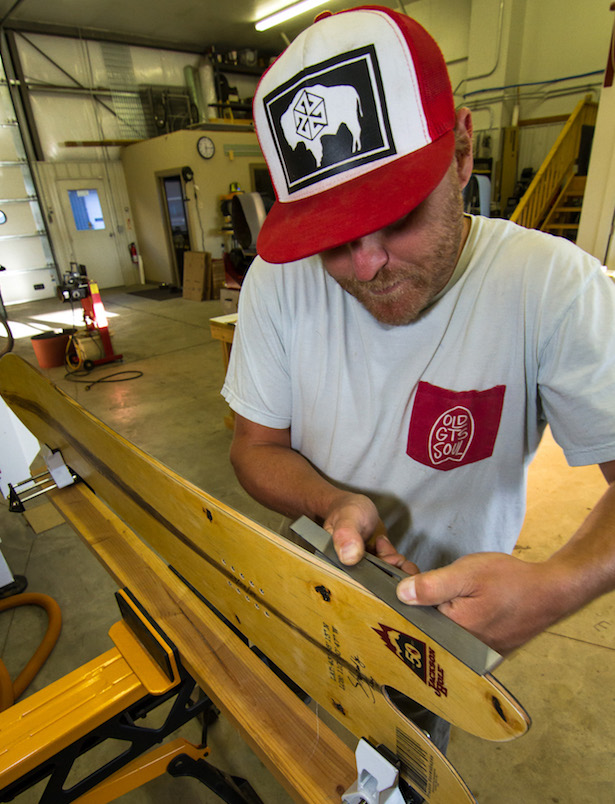 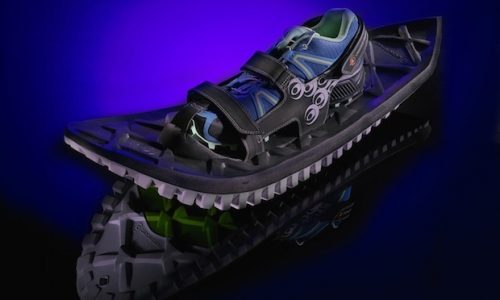 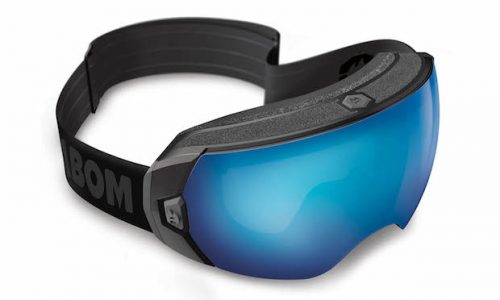 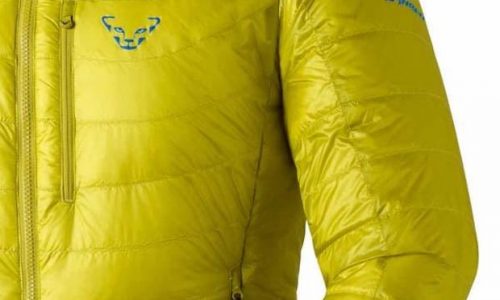 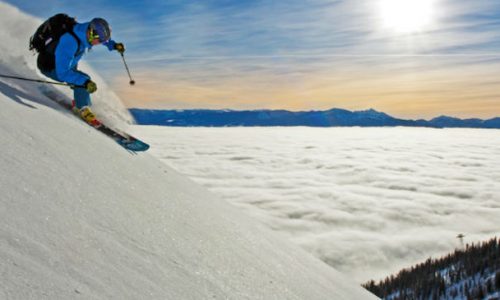