Fotokite is a Tethered Drone for All Your Selfie Needs 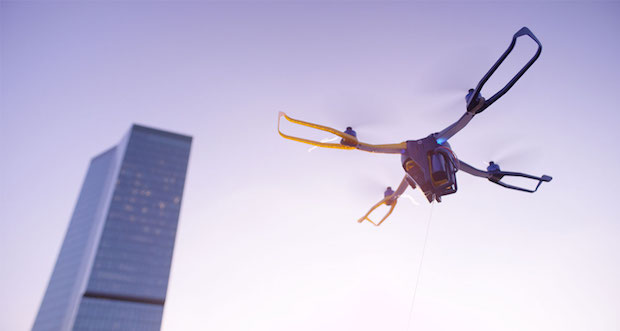 As drones have become more autonomous and easier to fly in recent years, they have attracted a much wider audience as well. Once they were solely the tools of photographers and filmmakers, but now they have lured in a wide variety of hobbyist looking to create their own videos or simply enjoy piloting the tiny aircraft. However, despite some significant improvements in how they handle, there is still a bit of a learning curve when it comes to flying these pricey gadgets, which has left some of us hesitant to purchase a drone of our very own. But a new model called the Fotokite is looking to change that by offering simple and intuitive flight, at a price point that is easier on the wallet too.

Billed as the lightest, most compact, and easiest to fly quadcopter that is still capable of carrying a GoPro camera, the Fotokite is priced at just $249. That’s because it lacks much of the sophisticated technology that you would typically find in a drone like the DJI Phantom 4 for instance. While DJI’s UAV includes GPS tracking, autonomous flight modes, smartphone pairing, and a host of other onboard features, the Fotokite does away with most of that in favor of a much simpler approach.

Normally that lack of technology in a product like this would be seen as a weakness, but in this case it is actually intended to be one of the drone’s strengths. That’s because the Fotokite has done away with the traditional wireless controller that most drones use in favor of flying at the end of a tether instead – hence the “kite” portion of its name. Yep, that’s right, this drone actually flies on what is called a “smart leash”, which features intuitive controls that allow the pilot to quickly and easily adjust its orientation, height, and position in the sky. 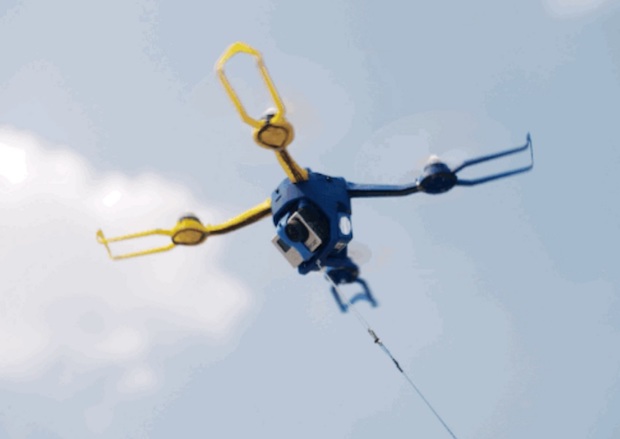 Of course, while this approach does indeed make the Fotokite much easier to fly, it also has its limitations. The smart leash only allows the UAV to hover from between 1 and 26 feet away from the user, which severely limits the shots it can capture when compared to a more independent drone like the Phantom 4. But with those limitations in mind, it is still possible to capture some outstanding photos and video when paired with a good camera, and at a fraction of the price of DJI’s model. Plus, you can also purchase an extended leash that takes the hover distance out to a respectable 100 feet instead.

The use of a tether brings some added benefits that aren’t necessarily evident at first glance. For instance, the pilot doesn’t have to wait for the drone to get a GPS lock before it takes flight, which means it can be up and flying in a manner or seconds. And should the drone suffer a malfunction in flight – or run out of battery power – it won’t crash to the Earth or simply be lost either. I’ve heard more than a few horror stories of pilots losing their expensive UAV’s due to a mechanical problem, but that wouldn’t be the case here where the drone is at most 26 feet away. 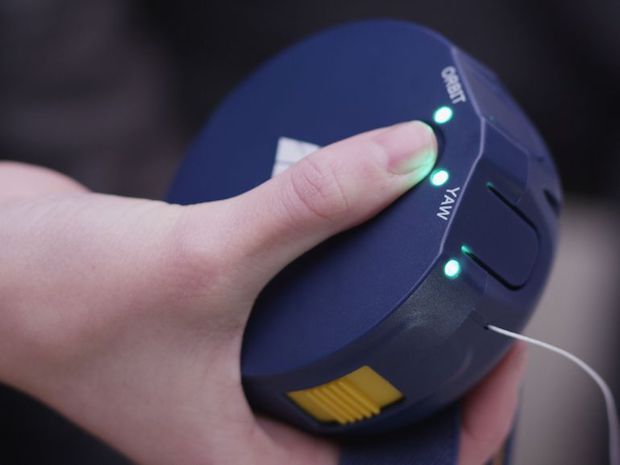 When not in use, the Fotokite breaks down to about the size of a thermos and can even be stored in a special tube-shaped case for safe transport. The drone weighs just 12 ounces, which makes it easy to take with you anywhere you want to go, and the designers say it can be set up an in the air within a minute or two when you reach a destination. Flight times are from 10-13 minutes on a single charge of the battery, with spares available to purchase for $24 that can extend that time even further.

The Fotokite has already launched and is available to order now. To see just how simple and easy it is to operate, check out the video below. And remember, at $249 it is an incredibly inexpensive way to shoot great aerial video footage too.