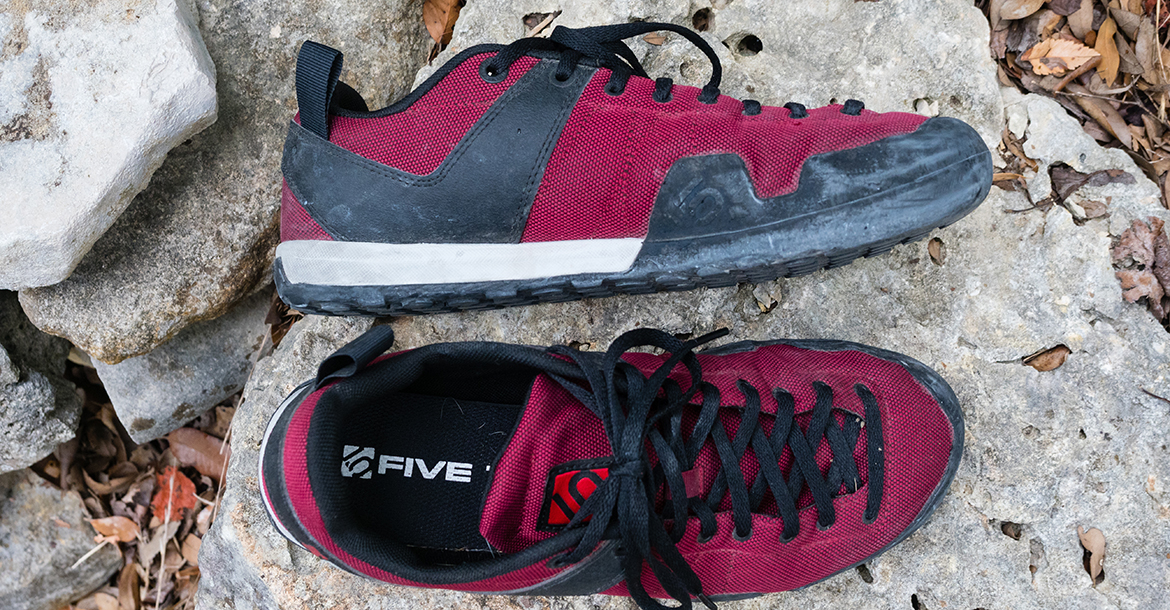 Five Ten ushered in the approach shoe category back in 1985 with the Five Tennie; a tennis shoe with sticky climbing shoe rubber on the sole. Next came the Guide Tennie, a hiker with sticky rubber. Over time, the Guide Tennie became more portly, complicated and lost sensitivity, with many working guides wishing for the original Guide Tennie. Five Ten recently produced the Approach Pro, which addressed these desires. 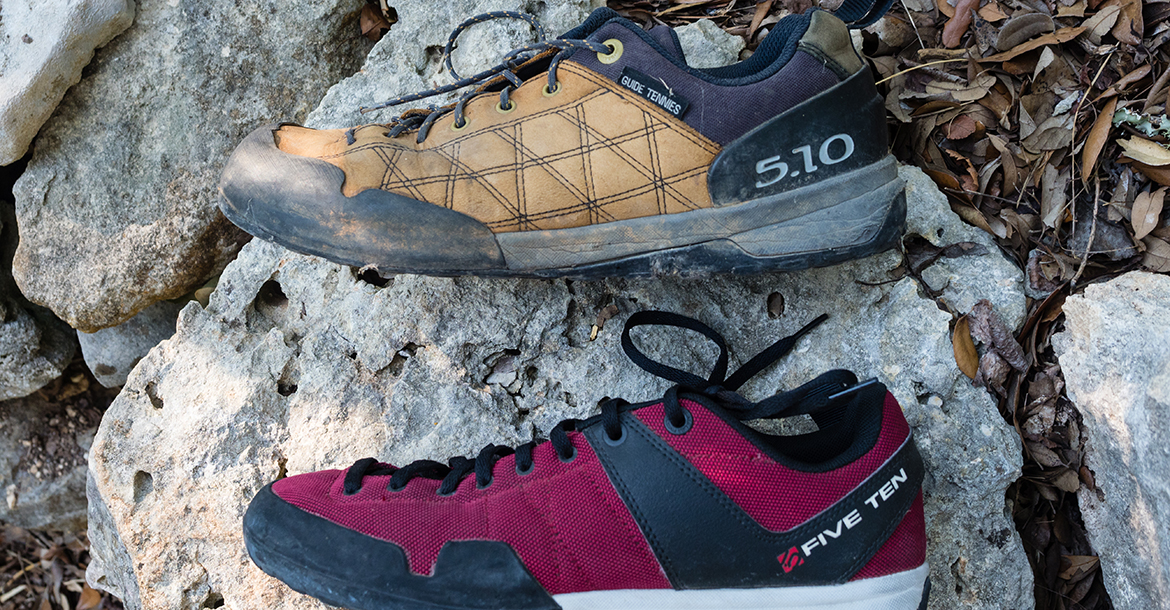 The Approach Pro is compact, light, sensitive, and simple for an approach shoe. It combines a canvas upper with a minimalist rubber exoskeleton, low drop midsole, and a Stealth C4 Dotty rubber outsole to produce a small and packable package. A rubber toe-cap extends back to the ball of the metatarsal. Lacing eyelets extend all the way down to the toes and offset heel tabs allows clipping to harness gear loops. The overall drop in dimensions and weight compared to the same sized modern Guide Tennie was impressive; the last rendition of the Guide Tennie hit the scale at 1 pound, 13.2 ounces, and the same size 10 Approach Pro at 1 pound, 4.7 ounces (an updated Guide Tennie has also been released). 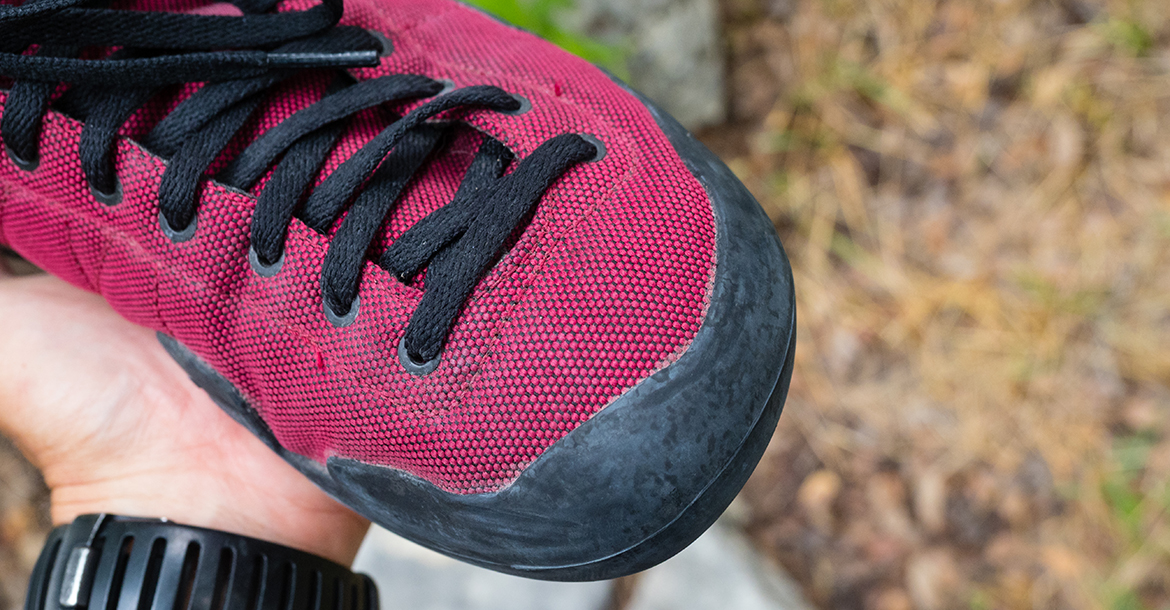 The immediate quality I noticed in the Five Ten Approach Pro was the sensitivity. Compared to the Guide Tennie, it wasn’t even close. I could confidently smear on slabs, aware of the irregularities in the stone that improved adhesion. The lower drop of the shoe also helped in this regard, making spreading force over a larger area of the sole much easier and it vastly improved stability both on uneven trails and stone. The rubber exoskeleton kept the foot planted over the midsole when traversing side angled slabs. The much thinner midsole still provided enough cushioning and comfort for approaches of an hour or less with loads typical of one-day forays into the vertical. 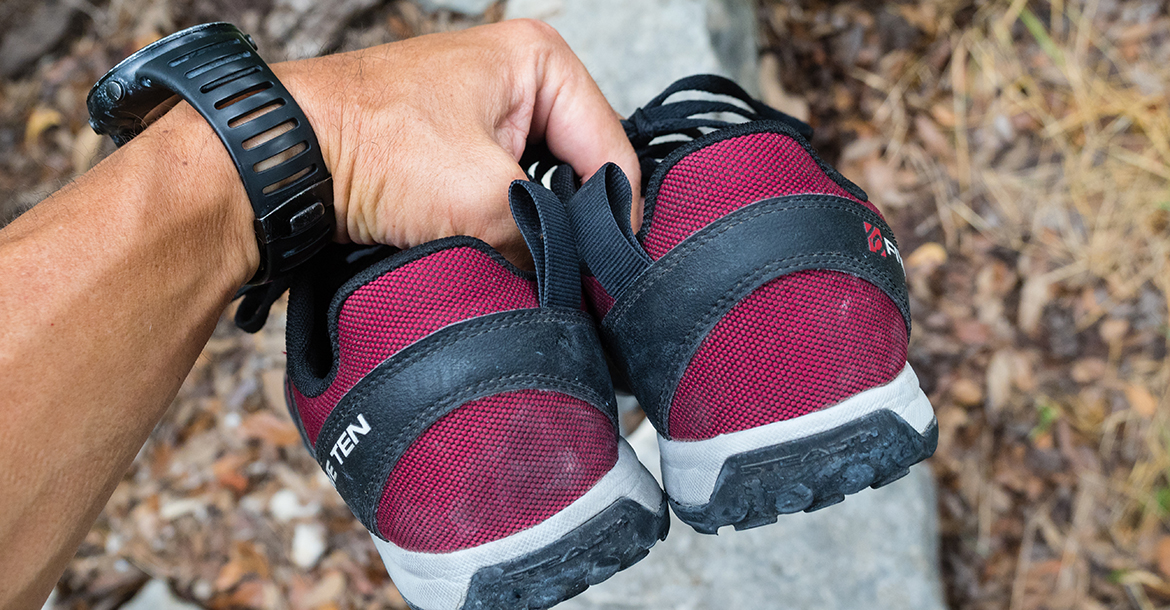 The Stealth C4 Dot outsole excelled on any stone and delivered adequate purchase everywhere except dry-over-hardpacked and muddy or wet surfaces. The extended rubber toe caps were great for stabbing pockets, and jamming cracks and the canvas upper provided some friction when fully foot jamming. The shoes oriented themselves perfectly on harness gear loops when hung by the offset heel loops. The break-in period for the midsole was negligible; by the time I had reached my first cliff, the extreme flexibility of the shoe was apparent and added to the compliance and sensitivity of the shoe to irregularities underfoot. The canvas upper took much longer to break in, requiring a month of use before it felt softer and more closely followed the contours of my foot. 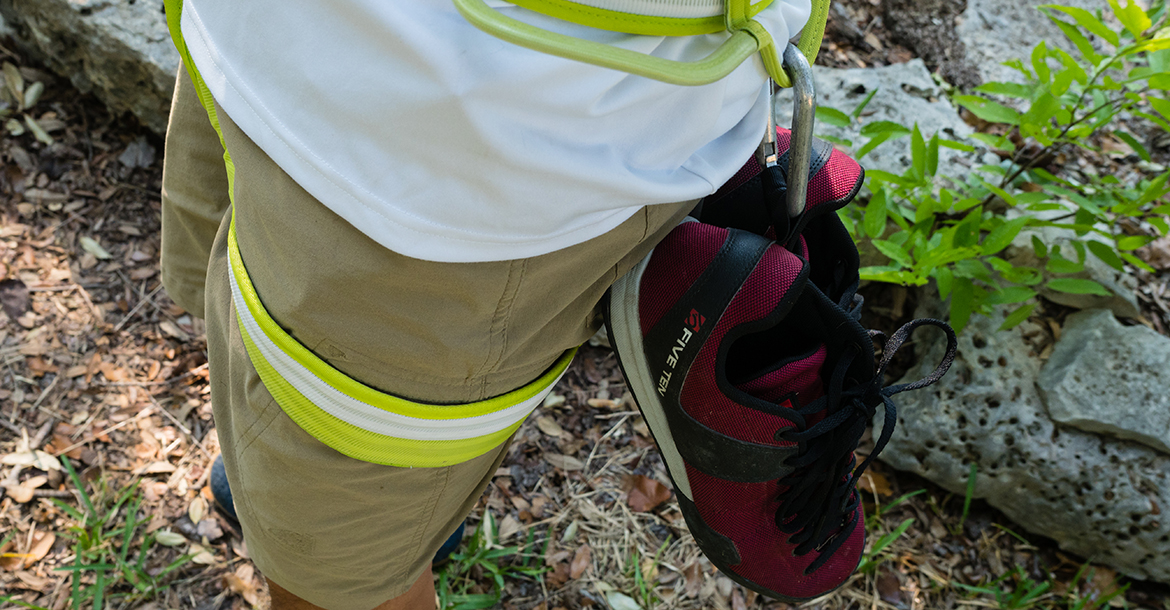 The canvas upper seemed like it would be extremely breathable but proved to be only moderately so; I found Five Ten’s suede Access more breathable during the hot summer months. Three months of guiding and personal climbing days haven’t rendered any damage outside of normal sole wear and scuff marks. 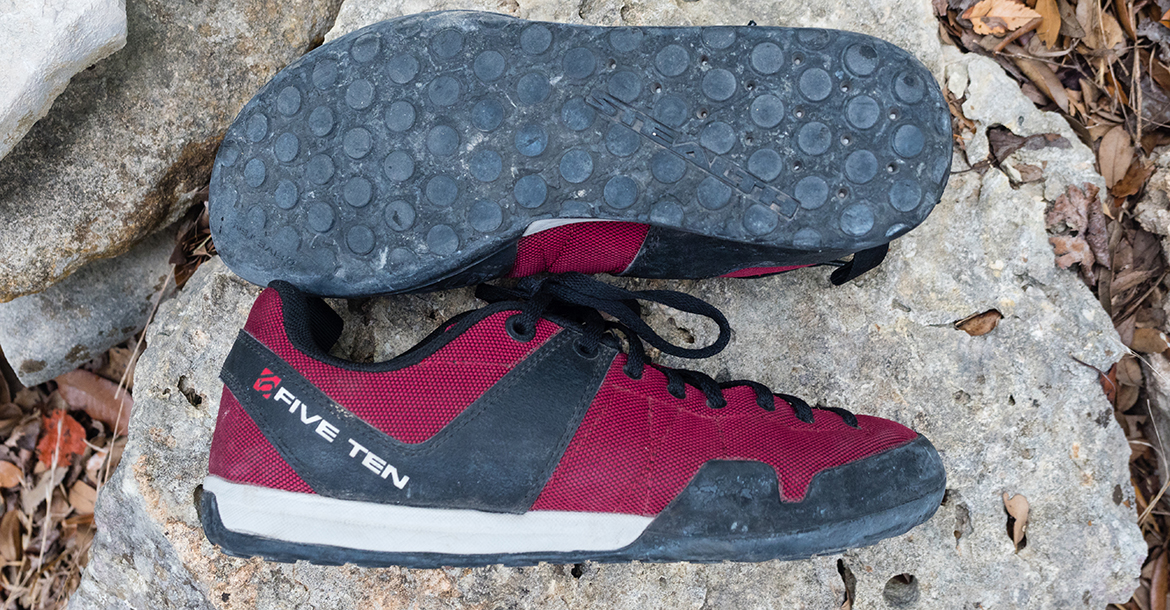 These approach shoes are the rare ones that I felt could be worn almost anywhere. Their understated looks felt just equally appropriate at the coffee shop, the cliff, and then the bar afterward. They don’t scream “dirtbag climber,” and when required, cleaned up well. Other than the lacing extending down the shoe, most people I asked didn’t notice anything tipping the shoe off as anything other than casual wear.