Eddie Bauer Digs Into Brand Heritage Deeper Than Ever Before

Imagine this: You love to hunt and fish, even in the cold and wet winters of the Pacific Northwest, but because it’s the early 1900s, insulation and fabric options for these conditions are abysmal.

Enter Mr. Eddie Bauer and his own near death experience in 1935, hiking out from a fishing trip in the snow. Exhausted, he stops to lean against a tree to take a break and starts to doze off. His fishing partner, who was walking ahead, comes back and wakes him up. Since he stopped walking, Eddie started to cool off…so much so that his clothes, wet from snow and sweat, started to freeze right on his body. 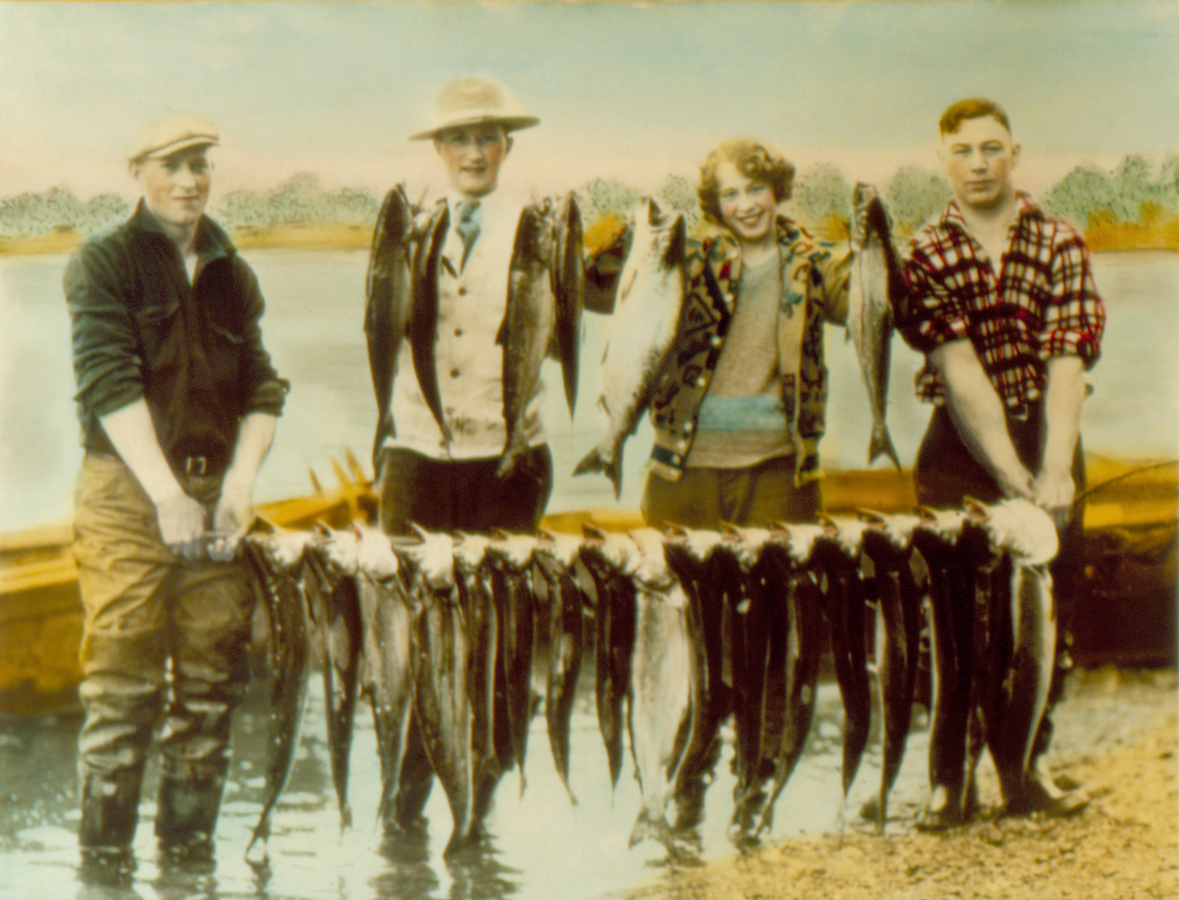 Eddie Bauer and Christine, “Stine,” Heltborg (the future Mrs. Bauer) hold their salmon catch aloft as two friends hoist a full string on a pole in 1928. A Hollywood film crew hired Eddie as their guide while shooting a story about sport salmon fishing. Stine is wearing a favorite Pendleton wool jacket featuring one of their iconic Native American patterns.

Looking back on this he set out to mitigate such situations by coming up with a way to make a very lightweight yet warm jacket — a down jacket. Inspired by the stories from his uncle of the Russian Army using down insulation, he created the “Blizzard Proof Jacket.” A year later it was renamed the Skyliner.

From there Eddie Bauer started making cold weather clothing for the U.S. Military (so much so that military branches “pulled rank” to prioritize their projects amongst each other) as well as expeditions. While Edmund Hillary and Tenzing Norgay were summiting Everest in a thin “cotton wrap, nylon weft” suit that was at best windproof, the 1953 American Karakorum Expedition to K2 went wrapped in much lighter down jackets made by Eddie Bauer. Eddie would then also outfit the first American summit of Everest in 1963. 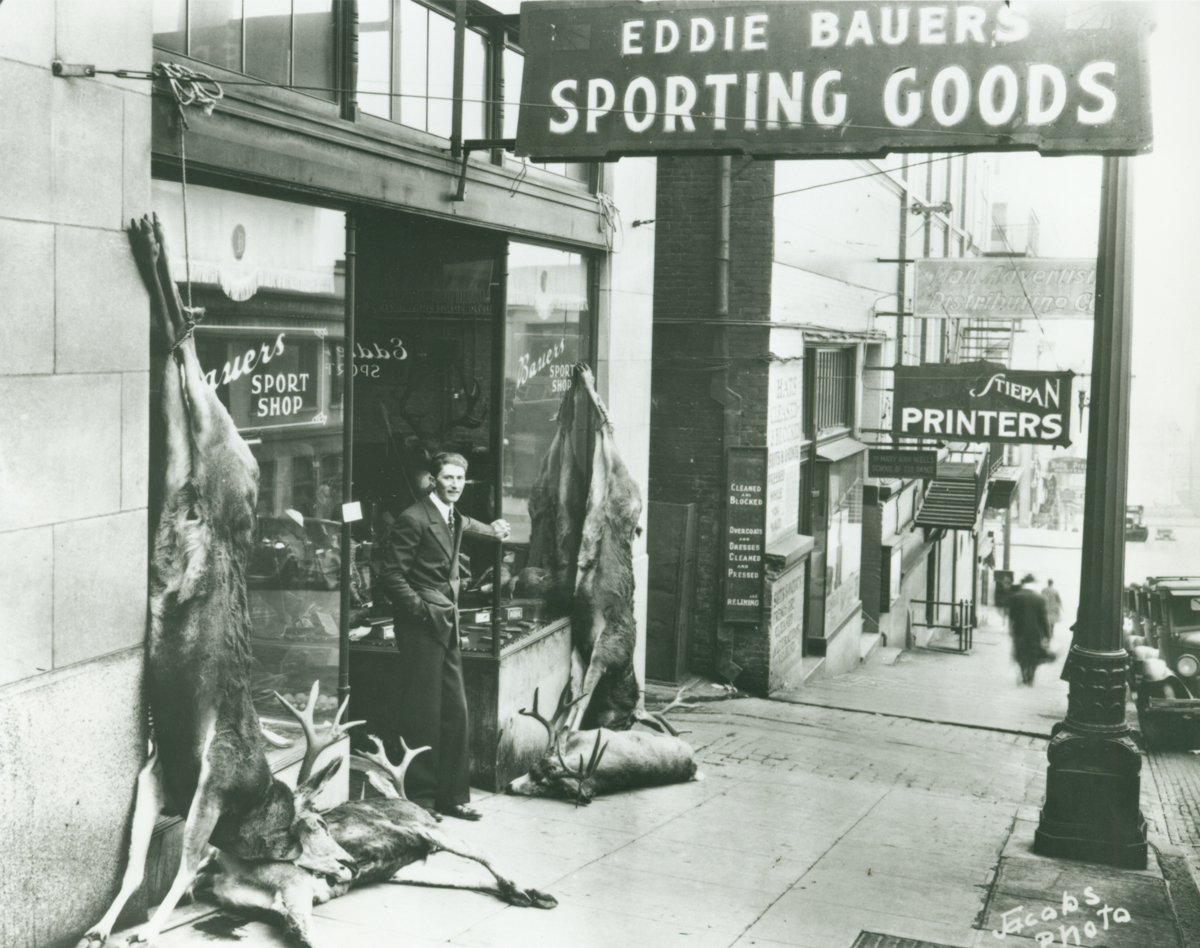 Eddie Bauer at his storefront on Seneca Street in Seattle.

When Eddie Bauer opened a store to sell all these jackets and other items of clothing and gear, he knew that customer education was paramount. He offered a money back guarantee, which was rarely put to use because he would ensure his customers only purchased the gear they needed.

He asked people three questions when they came in: Where are you going? What are you doing? Have you done that before?

Between those questions, his own experience, the endorsement of thousands of military personnel who benefited from his craftsmanship, and the expeditions that requested gear from him, Eddie Bauer was the man to see when gearing up for a venture into the wintery wilds. 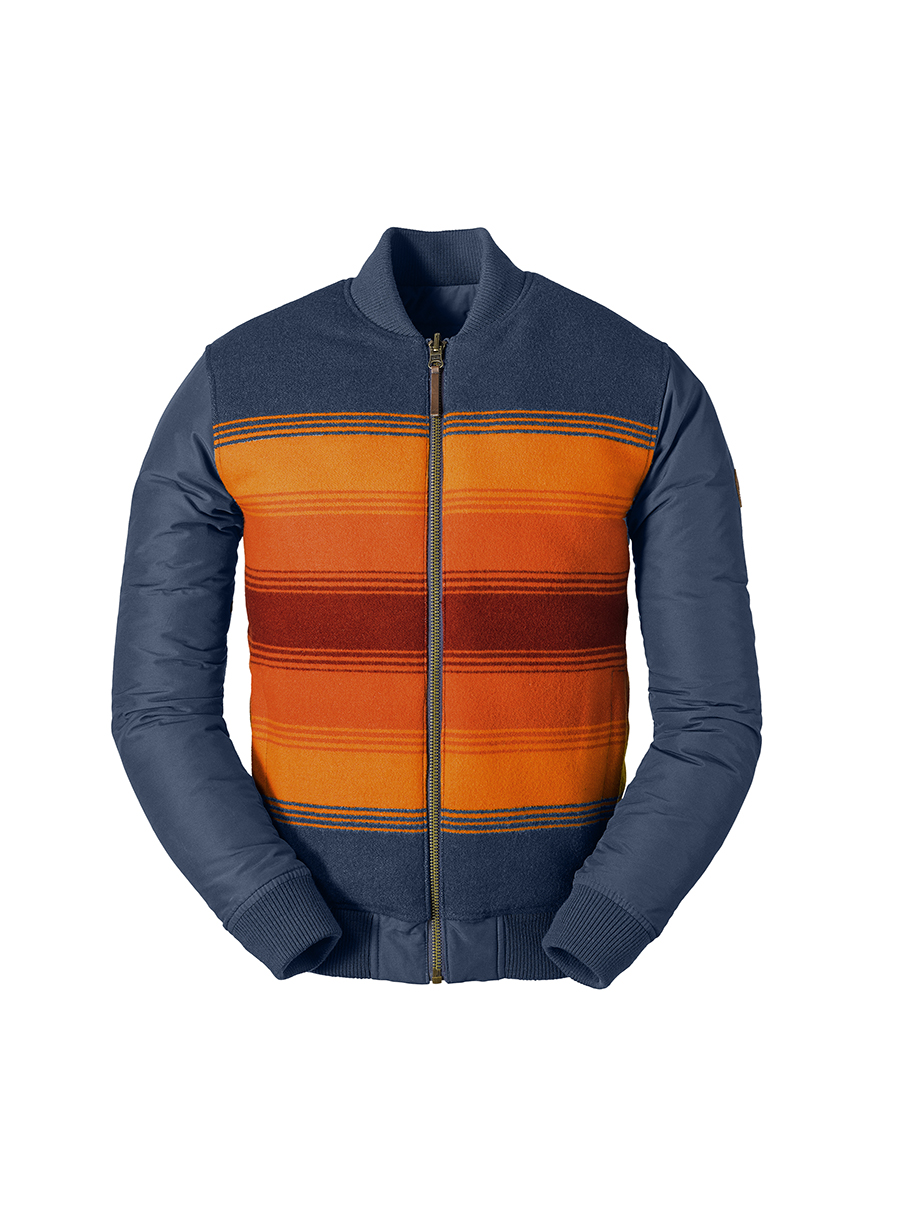 Today, Eddie Bauer is reaching back to that original down jacket, the Skyliner, by re-releasing it with modern materials. And since Eddie married a woman who loved being in the outdoors herself (and rather accomplished in her own right) there was always an equally functional women’s line. That tradition continues today with the women’s cut of the Skyliner as well as the 1944 Swiss Model down jacket.

The “Originals” line includes six items in total including a limited run of the special edition of the Skyliner in partnership with Pendleton wool. Eddie Bauer himself partnered with Pendleton from early on and this time they are incorporating Pendleton’s  National Park Centennial patterns. 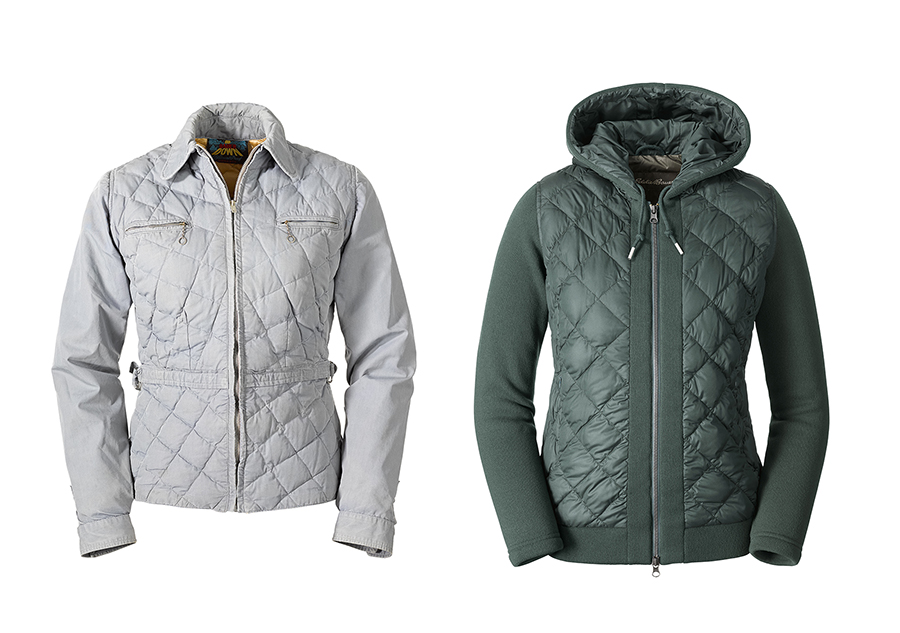 The original 1944 Women’s Swiss Model (L) and the new version.

Next time you’re in the Seattle area, swing by the Eddie Bauer offices in Bellevue to visit their little museum. Brand historian Colin Berg has a number of original pieces on display; plus, he keeps a stash of items from throughout the company’s history for today’s designers to learn from and be inspired by. And as we’re seeing now as the brand takes its design roots back to the very beginning, the strategy seems to be working.

Check out the new Originals collection at eddiebauer.com. 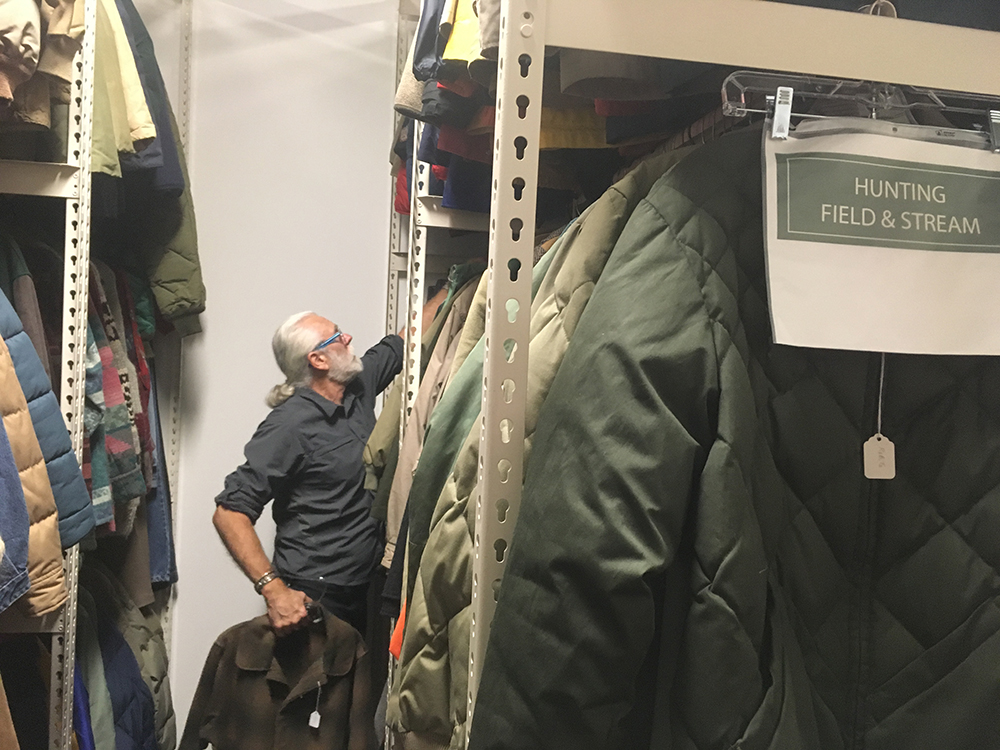