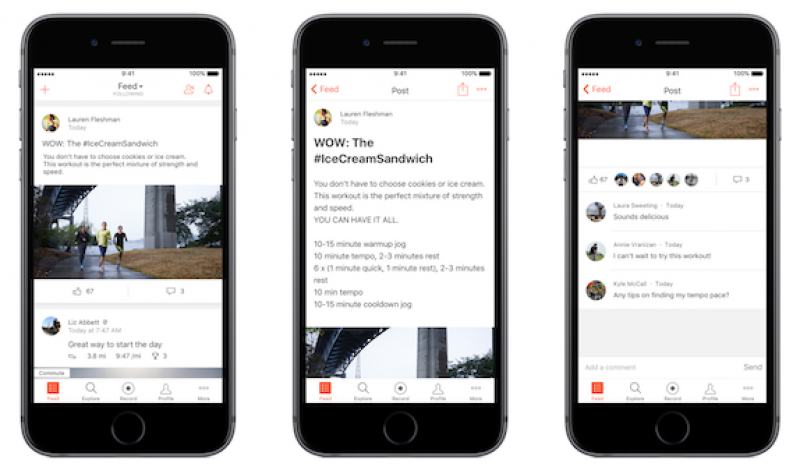 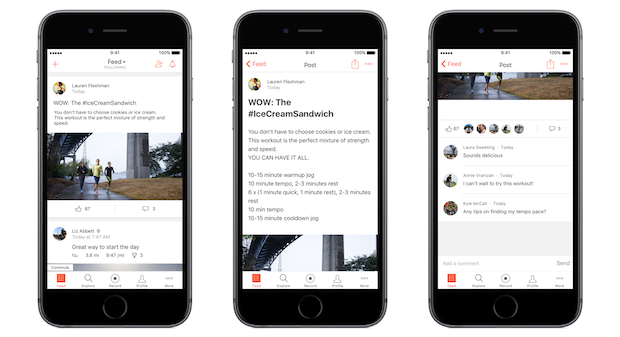 Strava Inc. has announced a major upgrade to its fitness tracking app. With the release of a new feature called, “Athlete Posts”, the San Francisco based company is taking what it already does well—activity uploads—and blending it with sport specific blogging and personal content.

The problem for many outdoor and endurance athletes is how to aggregate intelligent training information beyond the narrow world of analyzing numbers. What about nutrition, rest, and cross-training? How do we stay inspired? Where is our next mountain to climb? The other problem comes when I’m thirty minutes into a ride when I seriously consider turning around and going home because I’d forgotten to turn on my Strava. And as the saying goes, “if it’s not on Strava it didn’t happen.”

In 2012, I trained for what was my first mountain bike race, obsessing over things like heart rate and average speed. I had no knowledge on how to fuel and hydrate myself for 12 hours, let alone how to build the kind of speed and stamina that was required. I was left to educate myself by talking to a couple friends, reading blogs, chatting with guys who seemed like they knew what they were talking about at the local bike shop, and simply guessing. My training was mostly trial and error because I didn’t know where to go for good advice. 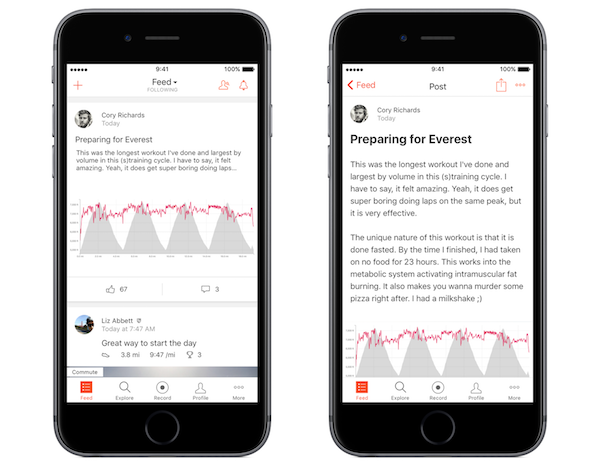 In its May 2, 2017 press release, Chief Product Officer, Aaron Forth said, “Strava is a place where athletes come to connect with each other, share their experiences and learn from one another, and until now, those connections have been based entirely on athletic activities. Our opportunity is to help athletes have conversations beyond their daily activities…”

The vision is to become a one-stop social network for athletes. The process will begin by first highlighting 36 pro athletes, former pros, and epic adventurers who will share their stories, training and nutrition guidance, events, gear choices, and other self-curated submissions. “Athlete posts” will ostensibly set the content standards and the tone for the social culture Strava envisions before its universal rollout of this feature later in the summer.

Consider James “the Iron Cowboy” Lawrence, from Orem, Utah. James completed an almost unimaginable feet by finishing 50 triathlons in 50 days in 50 states. How would one even begin to go about doing such a thing? Strava users can follow James, analyze his content, and find out for themselves.

In addition to James, I started following several athletes Strava is promoting and I admit to coming away inspired. Rich Roll has me hooked on his podcast and considering whether a plant-based diet has more merit than I’d previously considered for endurance athletes. Adrian Ballinger and Corey Richards are two world-class alpinists who are attempting to summit Mt. Everest without oxygen. My son loves climbing and we’ve started following the blog and discussing new adventures of our own. 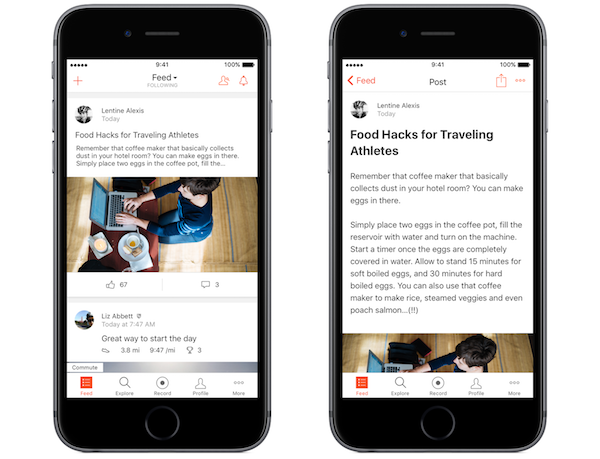 It’s hard to think of another social media platform like what Strava is creating. For example, 49 million people in the U.S. alone, run regularly. In 2015, 509,000 people finished marathons, up from 386,000 in 2004. Imagine those marathoners on one app discussing, sharing, and advising on everything from which flavor of Gu is best to cutting edge training methods to increase speed. That is the potential that Strava users now have at their fingertips.

Strava now counts more than 600 professional athletes and millions of others like you and me as users. It’s a whole new world where training is now open-sourced and the world’s best athletes share their knowledge and wisdom, along with all of us weekend-warriors as we all go in search of improvement and the unbridled joy that comes through achievement.

As I’ve evolved as an athlete I’ve found myself being inspired and driven by peers within the Strava platform and motivated by a resulting camaraderie I haven’t felt since I was involved in organized team sports. From time to time my endorphins begin to eloquently reason with me and I start posing questions to myself. Could I beat that guy if I truly dedicated myself? Isn’t it time I finally do that marathon? What would it take?

All I know is, I’d better turn on my Strava first.