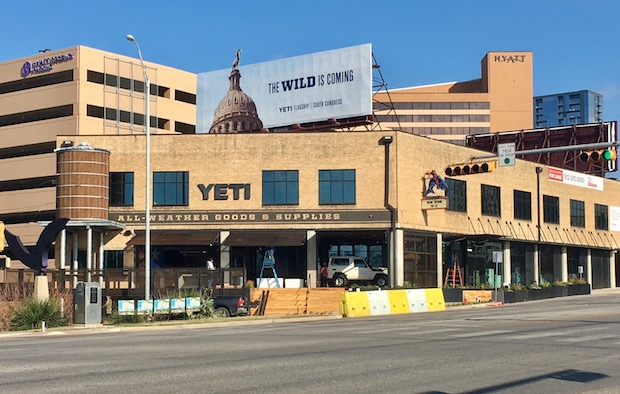 One of the hottest brands in the outdoor industry is getting into retail. Well, sort of.

This week, Yeti Coolers will open its one and only flagship store in Austin, Texas, where the company was founded back in 2006 by brothers Roy and Ryan Seiders. Back then, Roy and Ryan were simply looking for a cooler that could survive their outdoor adventures while still performing at a consistently high level. But over the years their little start-up has grown into a company worth hundreds of millions of dollars and created a very loyal following amongst its customers along the way. The new retail outlet will not only serve as a place to buy Yeti products, but will offer fans of the brand a lot to see and do as well. 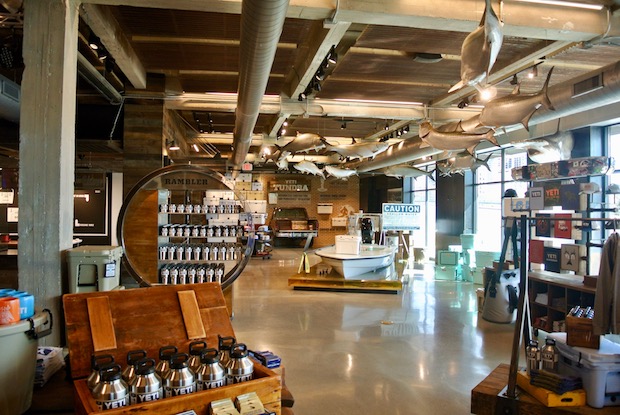 Located on Austin’s historic South Congress Avenue, the Yeti flagship store is designed to be not just a traditional retail space, but a shrine to Yeti’s heritage. Scattered about the almost 8000 square-foot store are displays of Yeti products of course, ranging from its iconic Tundra coolers to the company’s soft-sided Hopper line and Rambler series of cups, tumblers, and growlers too. But visitors will also find a number of other displays as well, including flat panel television screens running some of Yeti’s early demonstrations of the durability of its products and a life-sized stuffed Kamchatka brown bear – a nod to an early video that showed some of the abuse that the coolers could withstand from an ursine assailant. There is even the bed of an old pick-up truck embedded in a wall that can be used to see how well certain-sized coolers fits in that space, and a unique fishing display complete with a boat, a school of fish swimming in formation, and a hammerhead shark crashing the party.

When designing the retail space, Yeti also wanted to acknowledge its Austin roots by making it a place where locals and visitors alike will want to drop by and just hangout. To that end, the front of the store is dominated by a large open deck that is perfect for relaxing while enjoying an adult beverage in the warm Texas sun. A fully stocked bar – named “Barrr” – is open from 10:00 AM to 8:00 PM and serves up cold drinks. And of course, this being Austin, there is also a permanent stage inside the outlet too, which will not only host musical guests, but will also be used as a demonstration area for fly fishing and hunting courses, as well as lectures by Yeti ambassadors and other guests. A list of the events to be held within the store will be available on Yeti’s Facebook page soon. 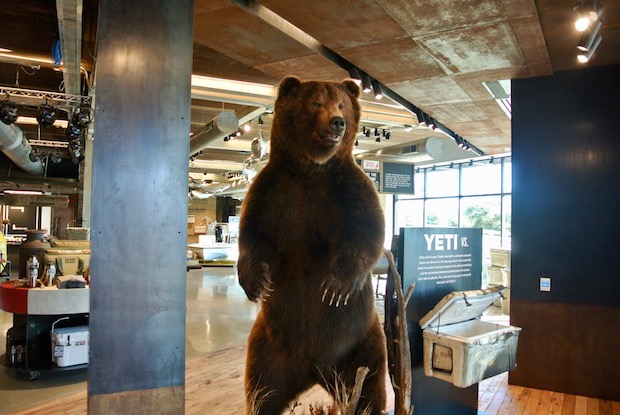 As if all of that wasn’t enough, Yeti has also dedicated a large section of the store to the customization of its products to better suit the particular needs of individual customers. This means that visitors to the outlet can purchase a Tundra cooler for instance, and select the color of the handles, latches, and ropes that are used in its construction. They can even add the logo of their favorite college team if they’d like, with similar services being offered for the Rambler tumblers as well. The customization comes at no extra charge, and allows Yeti owners to make their individual coolers stand out from the crowd a bit more.

Having paid a visit to the Yeti store last week ahead of its February 23rd opening, we can tell you that it isn’t at all like a typical outdoor store. Sure, there are plenty of Yeti products on display, including hats, shirts, bumper stickers, and other paraphernalia, but in designing the space the company took its cues more from the technology and entertainment sector rather than competitors from within the industry itself. The result is an open floor plan that feels welcoming and familiar, even if you’ve never been there before. That’s all part of the plan of course, as Yeti wants it to be a space for guests to just come in and relax, even if they aren’t necessarily there to purchase something. 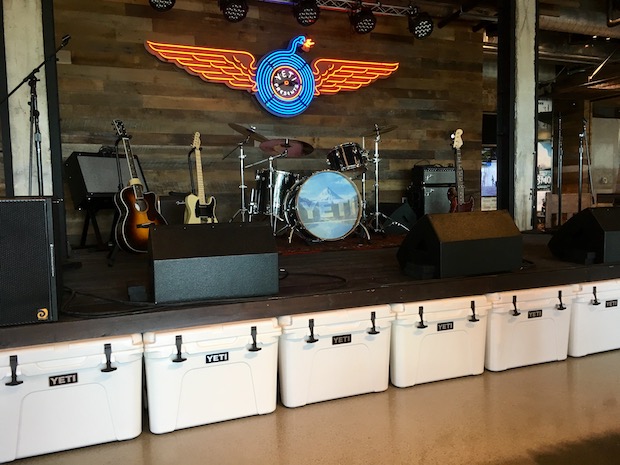 Judging from the number of people who were walking up to the store during our tour – and a launch party held in the store that evening – it appears that it will be a popular hangout indeed. If you happen to be in Austin, and are looking for a cool place to kick back and enjoy a drink, the Yeti store will be more than accommodating. Fans of the brand will love it, while those who have not yet experienced Yeti products are likely to become converts.

You’ll find the new store at 220 S. Congress Ave., right next to Austin’s famous rotating bat sign on the southwest side of the Congress Ave. bridge. 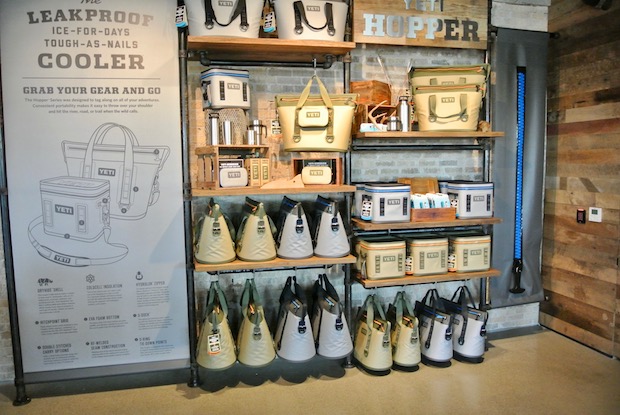