Why we believe in Mountain & Outside magazine’s ski test 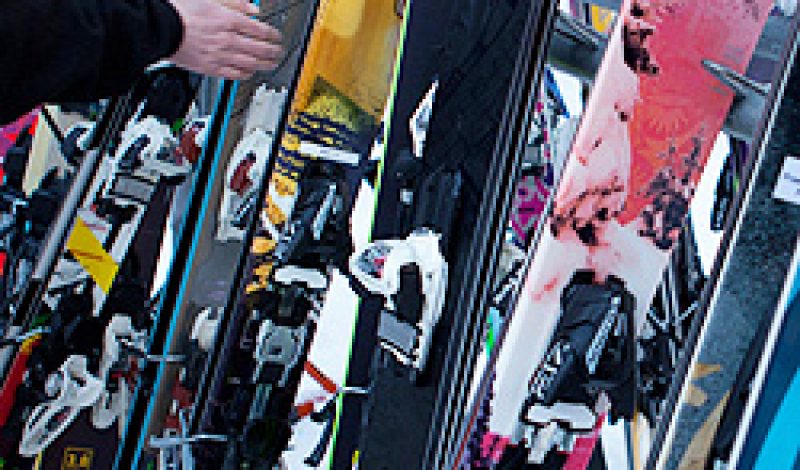 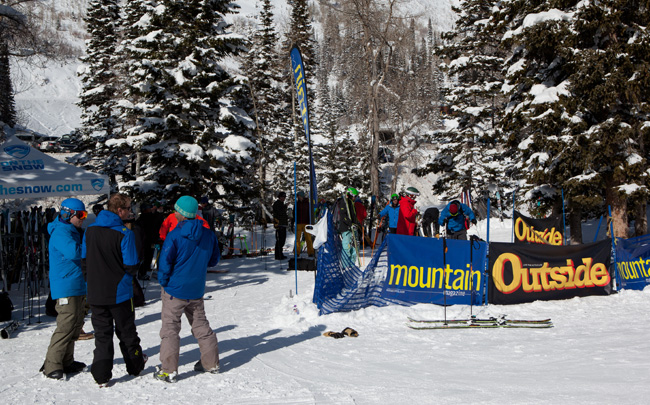 This year, we were honored join Mountain and Outside magazine’s ski test at Snowbird Ski & Summer Resort in Utah—helping a team of 18 testers compare 70 of the top skis for Winter 2013 head-to-head over three days of great skiing. Stay tuned for the results, which we’ll post just prior to next ski season.

Here at GearInstitute.com, we believe that Outside and Mountain run the most credible test in the industry. It is run by ski industry veterans, the testers are expert skiers, and the mountain conditions are varied and appropriate for the wide variety of skis being tested. The location is perfect—Snowbird in late February offers a very good chance of powder (which we got in spades on the first day), plenty of soft snow, and the Gadzoom quad lift gets testers up 1,700 vertical feet in 7 minutes, allowing them to hit an impressive variety of big mountain and steep groomed terrain and still make it quickly back to the test base. Most importantly, the results are trustworthy: Tester feedback is shared openly between several publications, and companies cannot influence testers to get a favorable rating of their skis. 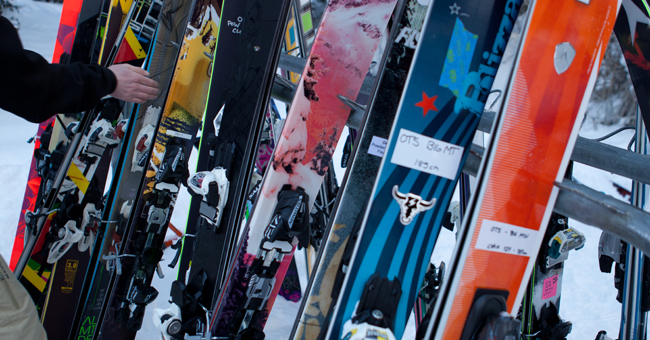 “The ski industry is saturated with quality manufacturers, and each manufacturer builds a deep line of skis. It’s tough for consumers to cut through the clutter,” says Mountain’s editorial director, Marc Peruzzi, who directs the test. “The goal of the test—and unlike many publications, it’s a test, not thinly veiled advertorial—is to make it easy.”

A former editor in chief of Skiing magazine (from 2002 to 2008), Peruzzi was instrumental to the launch of Mountain magazine in 2009, and writes up the ski reports each year for both Outside and Mountain. The other “Oz” behind the test is Outside’s executive editor Sam Moulton, who directs the magazine’s Buyer’s Guide and is a former senior editor at Skiing.

“Skis aren’t necessarily good or bad. They are just suited better for certain skiers in certain types of terrain,” Moulton says. “We just try to give folks a starting point—to help them zero in on what kind of ski is most right for them.” 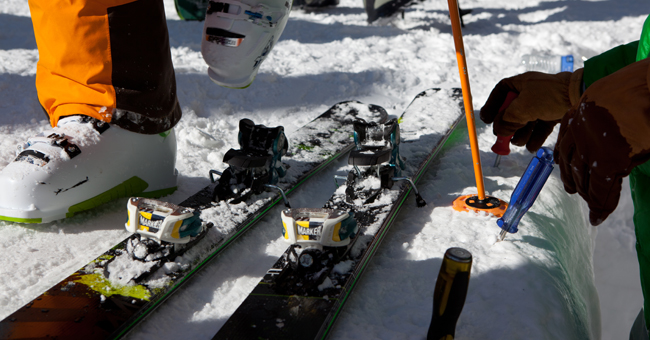 This year, Peruzzi recruited 18 expert skiers with a range of different builds and backgrounds (ex-ski-racers, former big mountain ski pros, industry insiders, and ski technology wonks), a number of whom are veterans of several previous tests. In addition, young rippers Jake Peruzzi, 11, and Toby Burke, 10, were on hand to give some perspective on “tweener” skis—high-performance skis for hard-charging juniors.

“We really do have a wide variety of testers and perspectives,” Moulton says. 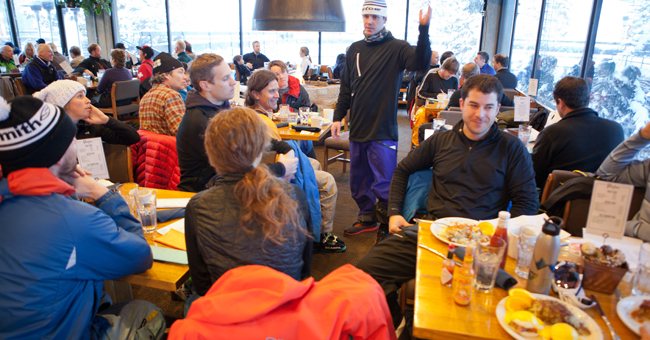 Here’s how the test works. Companies send over their best ski in four main categories:

•    Powder Surf: These skis are primarily designed to surf bottomless western powder and soft leftovers, but often feel a bit out of place on more heavily trafficked, lower-mountain terrain. They are extra wide, loose, and surfy—and the emphasis is on fun and floatation. “To excel they have to be fun in bottomless snow, but they can’t be a liability on hard snow or groomers either,” Peruzzi says.

•    Big Mountain: These skis live for big, wild terrain on the upper mountain at western resorts. They’re all about big bowls, powder, steeps, big bumps, trees, and less-tracked terrain, but also the inevitable forays down groomers on the way to the lift. “Think of these as your every day ski at a big western resort where knee deep powder, wide-open bowls, rock-lined chutes, and top speeds on and off groomed snow are the norm,” Peruzzi says.

•    All Mountain: These are skis that primarily serve heavily-trafficked terrain of the lower mountain—hardpack, groomers, moguls—but don’t feel out of place slinking off-piste into the trees and into steeper and more variable terrain. “Like Big Mountain skis, these skis do it all well. The difference? The waist widths are more appropriate for East Coast (and frankly much of Colorado) where boot deep powder is a big day and most of your time is spent arcing turns on groomers, navigating bumps, searching for leftover powder in the hardwoods,” Peruzzi says. “If you spend 50 percent of your time on trail and 50 percent off, this is your category.”

•    Frontside/Carving: These skis live for hardpack, bumps, and groomers—the heavily trafficked terrain that, frankly, is what 90 percent of skiers ski 90 percent of the time. “After last year’s low snow year, I thought it was important to remind people that ripping turns on hardpack is pretty fun,” Peruzzi says. “These skis excel on hard corduroy. Look here if you spend at least 80 percent of your time riding the turn from tip to tail.” 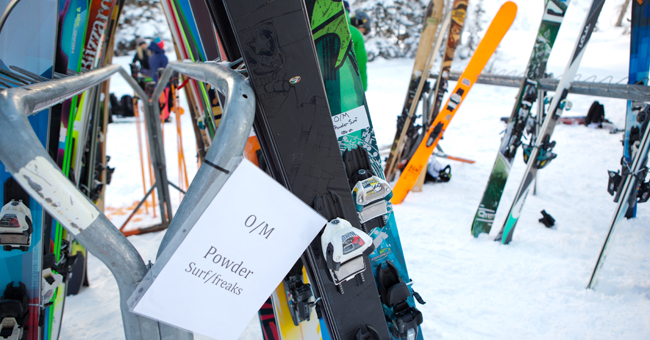 Not every ski company is invited to the ski test. Mostly, it’s the major ski companies everyone knows—because most skiers are buying those brands. But each year, Peruzzi and Moulton invite a couple boutique brands to go head to head with the big guns, and the brands that perform well are invited back. The new contenders in the Winter 2013/14 test were Ramp, based in Park City, Utah, and Faction, based in Verbier, Switzerland.

This year, Snowbird delivered nearly ideal conditions for testing. The day before the test, Utah‘s Wasatch was hit by 11 inches, which blew in nicely and made for perfect powder conditions on the upper mountain for the Powder and Big Mountain Boards. It stayed cold on Day 2, and teams shifted to Big Mountain and All Mountain boards to hit the soft leftovers. Day 3 was a warm, bluebird day that had testers hammering the groomers and hardpack. 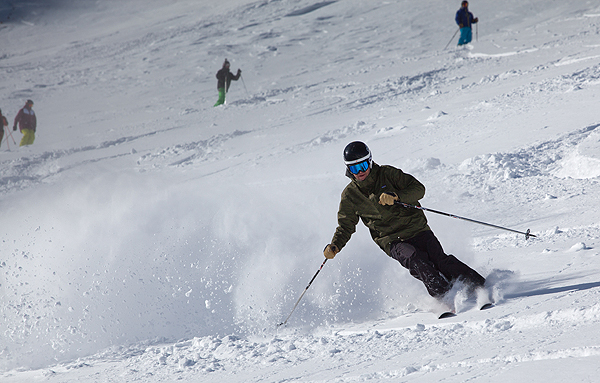 Each skier took at least one 1,700 vertical foot run with each ski off of Snowbird’s GadZoom quad. Testers on the Big Mountain and Powder boards often tacked on the new Little Cloud quad lift for a 2,800-verticle foot run over the steep, wild-snow terrain that pushed the boards to their limits in the conditions they were designed for. Faster skiers knocked out as many as 24 laps in a day, while the mellowest hit around a dozen. “A lot of skiers try to ski the same run over and over again to minimize the variables and test each ski fairly against the others they are skiing,” Moulton says.

The goal is not necessarily to find the one best ski in the batch, but to figure out what skis have what sweet spots, and what conditions and skiing types they serve best. “At the end of the day, the goal is to help people have more fun skiing,” Moulton says. 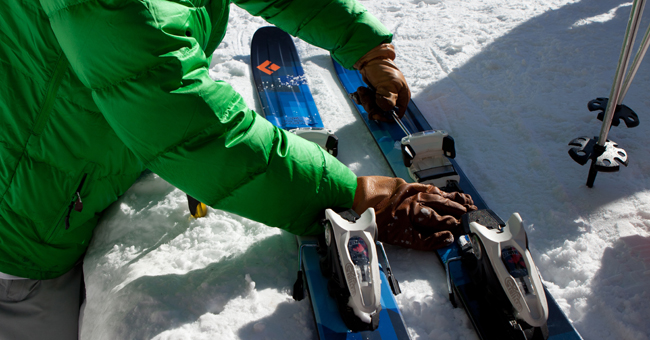 Stay tuned here, and keep an eye out for the Fall 2013 print issues of both Outside and Mountain magazine as well as the OnTheSnow.com website for full results. Thanks to Snowbird Ski & Summer Resort for all of the incredible hospitality.

For Marc Peruzzi’s take on the standardized testing approach of the Mountain ski test, check out his blog post here.