Which Stick Clip is Best for Climbing? 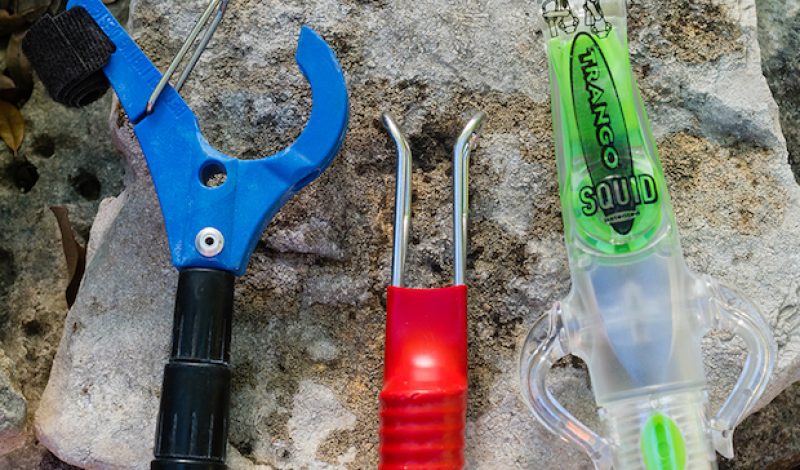 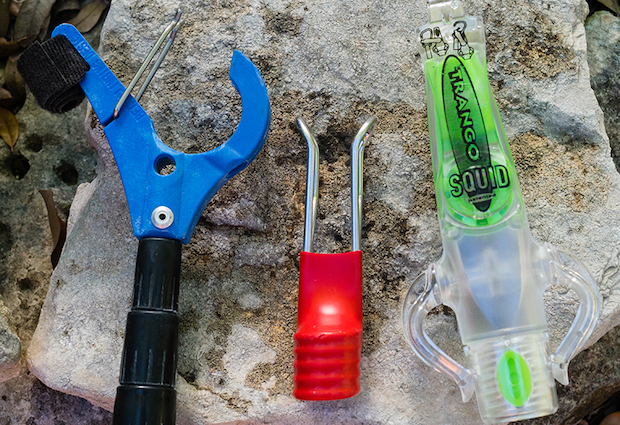 High first bolts at sport crags are not just an inconvenience or a stab at the ego; they can be dangerous and unavoidable. The nature of many cliffs makes placing a lower first, and possibly a safer second bolt, impossible. Resourceful climbers have made do with caveman inspired solutions involving branches, twigs, pebbles and climbing tape. But, being clever, the climbing industry has produced a few commercially available stick-clipping solutions. Climbers can quickly, safely and easily clip those risky first bolts from the safety of terra firma; they can even clip all the bolts on certain routes, unclip bolts, and clip the rope through a hanging draw.

The Superclip, the Squid, and the Beta Stick are three widely available stick clips. Each performs the basic job of getting the first draw with the rope clipped on the first bolt without fuss. But some have added functions, and each have advantages and drawbacks. The Superclip and Squid thread on to a standard painter’s extension pole, while the Beta Stick has a telescoping pole included. 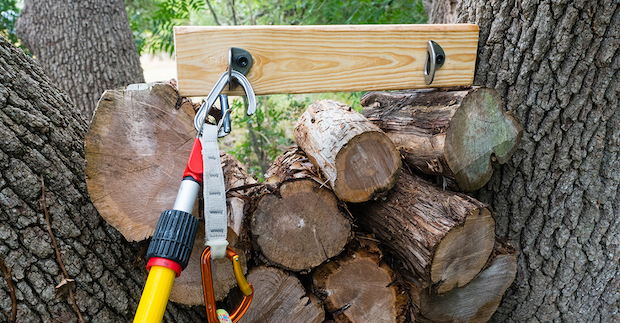 Best for durability: The Superclip

The Superclip is easily the simplest and most durable option. It gets the draw through the bolt hanger and can remove said draw if required. The stainless steel spring grips any non-locking carabiner, the inherent tension holds the gate open and the compact dimension makes for easy access to the hanger. Pulling down firmly on the extension pole releases the Superclip. Removing a draw is also possible, but requires that the rope is still clipped through the draw (clipping rope into a hanging draw can be done with the Superclip). Pulling down on both rope strands produces the required tension to hold the upper carabiner with enough force to open the Superclip. 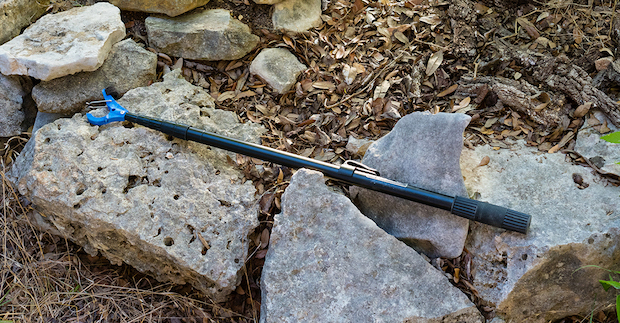 Best for travel and constant use: The Beta Stick

The Beta Stick was the one device in this roundup that came with an attached telescoping pole. Trango distributes it in two versions: Compact, which starts at 27” and extends to 9 feet and the Standard, which compresses to 32.5” and extends to 12 feet. The Beta Stick was by far the easiest to use and most consistent in getting the roped draw into the hanger. It holds the carabiner high, so the nose is clear, and a stiff wire arm holds the gate wide open, making clipping the hanger a breeze. Only a light tug is needed to free the quickdraw, and the adjustable extension pole packs small for hiking and travel but extends further at less weight than a painter’s pole. The Beta Stick becomes wobbly at full extension, but is still manageable and missed clips, even at 12 feet, were rare. The Beta Stick also has a hook and loop tape, used to clip the rope into an already hanging quickdraw and to hold a brush firmly enough to give lower holds a decent scrub. Although the Beta Stick is the most consistent in getting the quickdraw on, there is no way to use it to remove them. 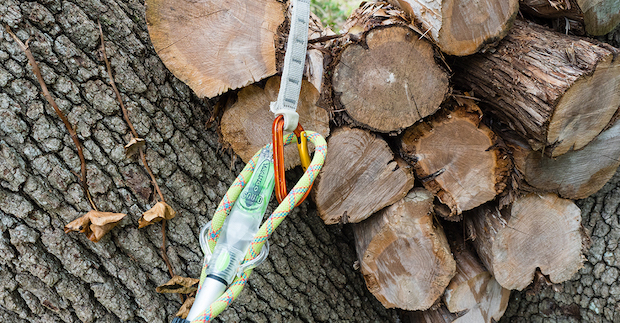 Best for steep routes: The Squid

The aptly named Squid, also distributed by Trango, is the most versatile stick clipping device, capable of getting roped draws on to hangers, getting ropes clipped to hanging draws and amazingly can remove draws, with or without the rope in place. The smart design of the Squid utilizes a pivoting arm that holds the gate and friction provided by a rubber pad grabs the gate and pivots the carabiner open. Placing the draw on the hanger is just a tad harder than with the other devices due to the larger dimensions, but missed clips were still rare. The unique ability is the reverse: place the gate into the arm, pull down on the device, and the arm pivots, opens the gate, and pinches the carabiner between it and the rubber pad, allowing you to remove the draw. It is easier with the rope clipped in the draw as downward tension can be used to aid the process, but even without the rope, with draws free hanging on steep faces, the Squid reliably removes draws. Sometimes it requires multiple attempts, especially when the draw is further away or on a horizontal roof, but no draw was left behind during testing. This makes the Squid ideal for steep areas where gaining access to draws on lowering or rappel can be difficult and dangerous. Pivoting lower arms will hold the rope in a loop to enable clipping hanging draws. A caveat; the Squid’s hard plastic construction makes it prone to cracking or shattering if the pole drops. Pro tip: take the Squid off unless it is being used to prolong its life.

Stick clips have come a long way since the branch, twig and tape days, making the task of clipping high first bolts much more convenient, reliable and safer. I have witnessed a few accidents due to either voluntary lack of stick clipping or the inability to do so. I don’t think any less of a climber improving safety this way and a lot of routes are bolted with stick clipping in mind. Removing a draw is also possible, but requires that the rope is still clipped through the draw, (clipping rope into a hanging draw can be done with the Superclip). Pulling down on both rope strands produces the required tension to hold the upper carabiner with enough force to open the Superclip.

All these units are quite inexpensive compared to a hospital visit, so give them a try, and consider putting one of these devices on the everyday crag carry list.