Under Armour CEO Calls Trump ‘a real asset for the country’

It seems not everyone is critical of the new President. While some members of the outdoor industry have taken a stance against Donald Trump’s more controversial policies, at least one CEO thinks that he’s doing a good job so far. In an interview with CNBC, Kevin Plank, the head of sports apparel brand Under Armour, made a statement praising the Trump, while setting off a firestorm of controversy at the same time.

Plank, who is a member of the President’s Manufacturing Jobs Initiative advisory board, appeared on the CNBC show “Fast Money Halftime Report” this past Tuesday. Host Scott Wapner asked the CEO about his involvement in that program, to which Plank replied:”To have such a pro-business president is something that is a real asset for the country. People can really grab that opportunity.” 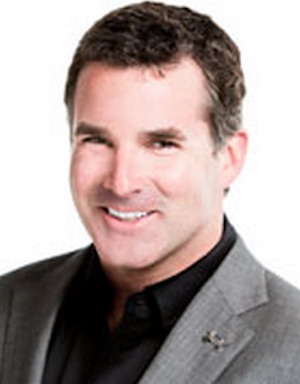 (Image courtesy of Under Armour)

Plank’s statements resulted in plenty of activity on social media, with some applauding his remarks, while others condemned them. His comments have led some to ask if it is time for the CEO to step aside and even led NBA superstar Steph Curry to weigh in on the matter. Within hours, the hashtag #BoycottUnderArmor began trending, prompting the company to release a statement yesterday clarifying what was said. That statement read as follows:

“At Under Armour, our culture has always been about optimism, teamwork, and unity. We have engaged with both the prior and the current administrations in advocating on business issues that we believe are in the best interests of our consumers, teammates, and shareholders. Kevin Plank was recently invited at the request of the President of the United States, to join the American Manufacturing Council as part of a distinguished group of business leaders. He joined CEOs from companies such as Dow Chemical, Dell, Ford, GE, and Tesla, among others to begin an important dialogue around creating jobs in America. We believe it is important for Under Armour to be a part of that discussion.

“We have always been committed to developing innovative ways to support and invest in American jobs and manufacturing. For years, Under Armour has had a long-term strategy for domestic manufacturing and we recently launched our first women’s collection made in our hometown of Baltimore, MD. We are incredibly proud of this important first step in the evolution of creating more jobs at home.

“We engage in policy, not politics. We believe in advocating for fair trade, an inclusive immigration policy that welcomes the best and the brightest and those seeking opportunity in the great tradition of our country, and tax reform that drives hiring to help create new jobs globally, across America and in Baltimore.

“We have teammates from different religions, races, nationalities, genders, and sexual orientations; different ages, life experiences, and opinions. This is the core of our company. At Under Armour, our diversity is our strength, and we will continue to advocate for policies that Protect Our House, our business, our team, and our community.”

Under Armour’s predicament is not unique in the divisive political culture that the U.S. now finds itself in. Just ask Travis Kalanick, the CEO of Uber. His company was on the hot seat recently as well because of his public support of the President and Uber drivers breaking a strike at JFK airport in New York City. But after thousands of customers canceled their Uber accounts in protest, Kalanick announced he was stepping down from the President’s business council.

There is no indication that Plank will follow suit, but these examples show the tightrope act that major brands are currently walking in terms of public perception of where they stand politically. Most are remaining silent for now, but even that could prove more difficult over time. Outdoor brands in particulalr are likely to take a stand on Trump’s policies toward conservation, immigration, and climate change, all of which have been hot-button topics in the early days of his administration.