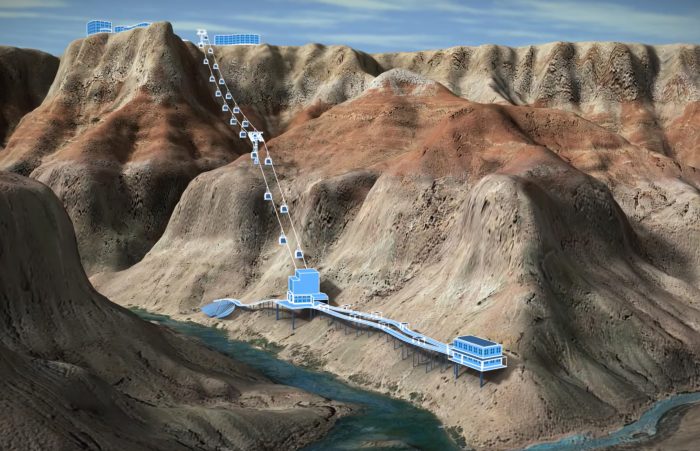 Last week, the Confluence Partners, LLC opened the door on a new proposition for the Grand Canyon: the Escalade Project. The Partners submitted their proposal for review to the Navajo Nation Council, which holds responsibility for approving or rejecting this $65 million endeavor that will install a tram system travelling from the rim of the Grand Canyon down to its base on the shores of the Colorado and Little Colorado Rivers.

The project has already fostered deep contention throughout the nation based on the impact that it would have on the canyon, one of America’s most unique and literally grandest natural treasures. Confluence Partners has planned to build the tram on Navajo land rather than National Park property, but construction will occur controversially close to the boundary between the two jurisdictions.

The main debate, however, centers more around the implications of the tram itself regardless of its specific location. The entire Escalade Project includes the tram as well as an amphitheater, boardwalk, and food pavilion along the riverside. Those who stand against the project dislike the nature of these attractions, which will draw increased crowds and promote commercialization in the Grand Canyon and open the doors to similar issues in other parks. Motorized transportation within the Canyon will also, critics argue, ruin the natural aesthetic of the park and will pollute the area’s serene surroundings.

Other arguments raise concerns about the site’s operation, such as how the Confluence Partners will source water and manage sewage, and how details within the proposal will affect the Navajo community. Under current conditions, a mere 8% to 18% of the project’s earnings will benefit the Navajo Nation while the rest will fund the external resources that the Confluence Partners bring in. Additionally, the proposal prevents anyone – including the Navajo people, despite the fact that the land belongs to them – from building or operating within a 15 mile radius of the tram and a 1.5 mile radius of the road that will lead to it.

Should the Navajo Nation Council accept the proposal, the tram would also introduce significant benefits for the tribe as well as the National Park System.

The project, in both construction and operation phases, would bring jobs and consumer spending to a community desperate for an economic boost. Speculation remains about how much of the profits will actually contribute to the Navajo Nation’s economy, but the employment and tourism opportunities that the project promises will still play a role in financial development within the region. Ben Shelly, the standing president of the Navajo Nation, publically supports the project.

The National Park System, both as a whole and on the local Grand Canyon level, will reap major rewards from the Escalade Project after rampant funding and maintenance issues. The tram will attract an entirely new breed of tourist, including families and those who would not have visited the park without the new transportation option, which will trigger a substantial increase in revenue thanks to the influx of new visitors. The NPS has struggled over recent years to meet its financial needs, and the project will help the severely underfunded organization to continue taking care of its parks and preserving the natural wonders that compose them. Our most beloved parks require sizeable support in order to remain open for our appreciation, and the Escalade Project could begin to provide some necessary answers to their needs.

The proposal ultimately depends on the Navajo Nation’s decision, and until then stands open to powerful arguments on either side of the matter. For more information, visit www.grandcanyonescalade.com for primary sources and reports from the Confluence Partners, and www.grandcanyontrust.com for details concerning opposition to the project.