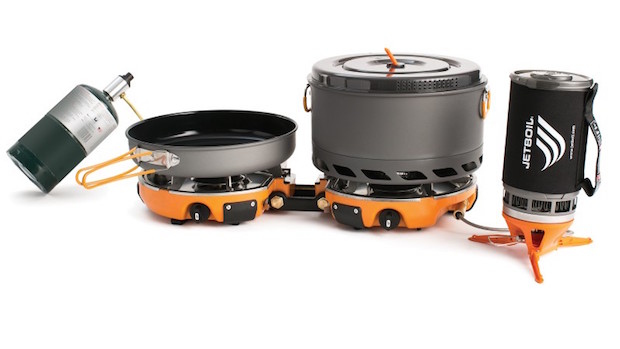 At last week’s summer Outdoor Retailer convention in Salt Lake City a number of great new products were unveiled for the very first time. In addition to the dizzying array of tents, sleeping bags, and backpacks that will soon be making their way to campsites across the country, there were also some interesting new options for backcountry cooking as well. In fact, we saw three unique stoves on display, each with a distinct design and purpose, that look like they could make your camp meals tastier and more diverse than ever.

JetBoil Genesis Basecamp Stove
A few years back, JetBoil revolutionized camp cooking with the introduction of their small and efficient stoves built for backpackers, mountaineers, and others who needed to travel light. Over the years they’ve made improvements to that formula, and updated their designs, adding both capacity and speed. But now, the company is poised to debut its largest – and most powerful – stove yet in the form of the new Basecamp system.

The Basecamp comes with two burners that can be configured to run off of a single canister of fuel. There is even an option to connect a standard JetBoil stove as well, extending the camp kitchen’s functionality even further. The twin burners are capable of putting out as much as 10,000 BTUs of heat each, which is enough to boil a liter of water in just three minutes. The system even comes with a five-liter pot with a lid that doubles as a non-stick frying pan. And if you’re feeding a large crew, you can add an additional set of burners to the kitchen as well, effectively doubling your capacity.

As is typical with JetBoil’s designs, the entire thing breaks down and stacks up nicely for easy transport and storage. The Basecamp weighs a shade under 10 pounds, and will start shipping in January for $350. 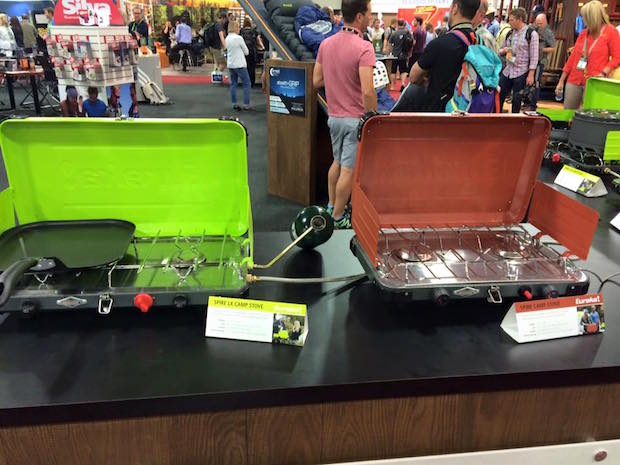 Eureka Spire Camp Stoves
Eureka, a company this well known for making quality camping gear at affordable prices, is getting into the camp stove business for the very first time. In the spring, it will release two new stoves designed to meet the needs of car campers under the Spire brand. Those stoves vary slightly in size, but are both large enough to easily cook a full meal for hungry campers.

Back in 2012, Johnson Outdoor’s – Eureka’s parent company – purchased JetBoil, and the results of that acquisition are starting to become evident. Much like the Genesis Basecamp, the Spire and Spire LX stoves can also be connected to one another to expand the cooking options for camp kitchen. An additional burner can be added for boiling water, making coffee, or warming other items as well. These stoves aren’t nearly as compact and lightweight as the JetBoil’s newest offering however, as they tip the scales at 11 pounds each. They’ll also operate most efficiently when connected to a 20-pound fuel tank as well. But for those who want a full featured kitchen on the go, Eureka’s stoves should more than suffice, and sell and a very affordable price. 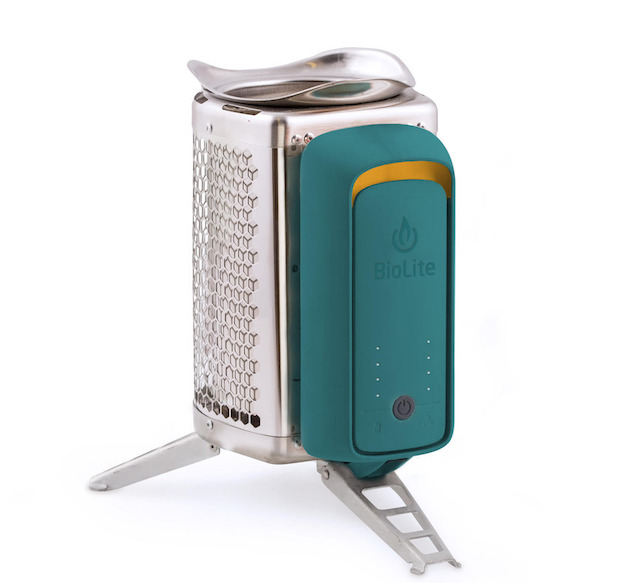 BioLite CookStove
Also coming in the spring is the new CookStove from BioLite, a slightly scaled back version of the company’s well-known CampStove, which was released a few years back. That product allowed campers to cook their meals over a fire using wood collected from around the campsite as the primary source of fuel. It also has the ability to convert heat from the fire into energy, which is used to power an internal fan for more efficient cooking. That energy is also stored in an onboard battery pack which features a USB port capable of recharging smartphones, cameras, and other small electronics.

The new CookStove does away with the CampStove’s ability to collect energy while cooking, although a rechargeable battery pack is still part of the design. That battery conintues to power the onboard fan, and provide a charge for mobile devices, but now it must be powered up before setting out from home. The CookStove does retain the same size and light weight from its predecessor however, and it now comes at an even more affordable price tag of just $99.95 too.

Look for all three of these stoves to be arriving in your favorite gear shop sometime in early 2016.