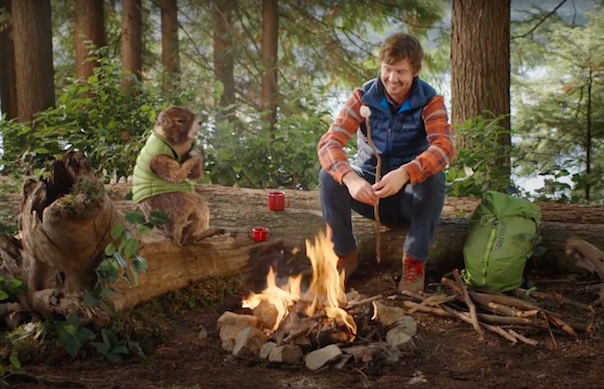 Will Marmot’s Varmint Win the Super Bowl?
It’s not often that outdoor brands pony up the $5 million for a 30-second ad spot during the Super Bowl, but next weekend, keep an eye out for the debut of Marmot’s new mascot—a marmot, of course!

According to Media Post, the agency responsible for the series of advertisements says it represents a shift away from athletes performing “incredible outdoor feats to showcasing the simple joys and benefits of just being outside.” 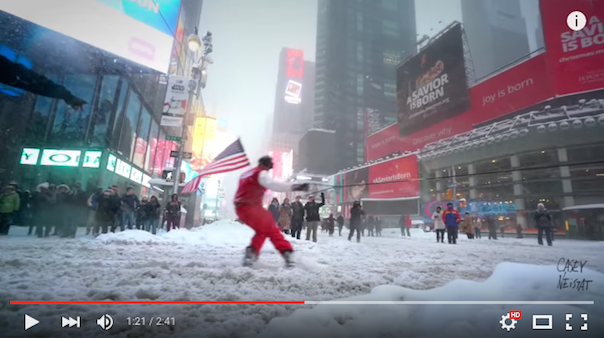 Viral Video: Snowboarding with the NYPD
In five days, filmmaker Casey Neistat’s three-minute Youtube video of skiing and snowboarding (while tethered to a jeep) through New York City has garnered nearly 12 million views. It even got featured by The New York Times in reporting on last weekend’s winter storm in the Northeast.

The playful film, set to the tune of Frank Sinatra’s “New York, New York,” culminates in an encounter with the NYPD.

See it for yourself … 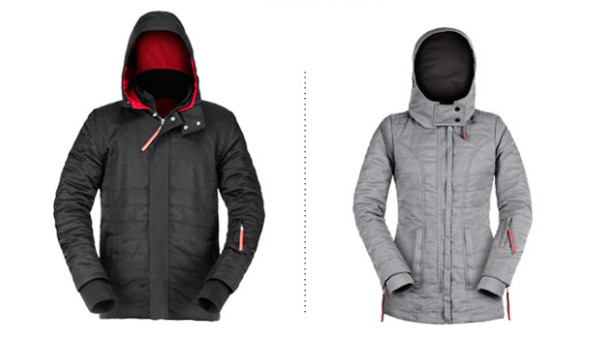 The First Solar-Powered Smart Jacket
It didn’t take long for the fledgling company ThermalTech to hit their $25,000 crowdfunding goal this week on Indiegogo for the first-ever solar-powered jacket—outfitted in lightweight, waterproof fabric that transforms the sun’s rays into heat for your body. And yes, they claim it still works on cloudy days, too.

ThermalTech will release three jacket collections: Street (urban style), Explorer (hiking and fishing) and Extreme (snowsports). Early-bird funders can receive as much to 50% off retail for helping fund the project. 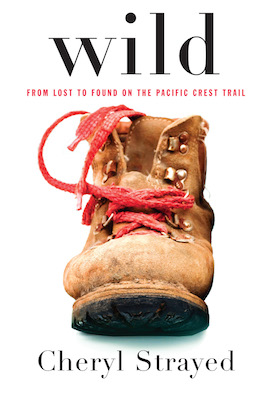 (The iconic cover of Wild by Cheryl Strayed)

The Story of the ‘Wild’ Boot
The tattered, leather hiking boot with red-laces that appears on the cover of Cheryl Strayed’s bestselling book about hiking the Pacific Crest Trail, Wild, has become a bit of an icon. As part of their Shoe Issue, Willamette Week has the story behind that photo—a Photoshopped stock image, no less—as well as the ripple effects. Wild director Jean-Marc Vallee commissioned boot manufacturer Danner to make a pair (25 of them, in fact) of custom, vintage boots that matched the style on the book cover for Reese Witherspoon to wear in the film.

Since then, Danner began producing an entire line of the so-called Mountain Light Cascade boots for the public, priced at $360 and carried by REI and Urban Outfitters.

The Gear Athletes Don for Minnesota’s 135-Mile Arrowhead Ultra
Gear Junkie published a fun piece earlier this week looking at the gear that racers take along on Minnesota’s Arrowhead 135 Ultramarathon, a self-supported race that athletes can fat bike (58 finishers this year), run (29 finishers) or ski (2 finishers).

Now seven-time Arrowhead finisher and three-time winner John Storkamp used to build his own custom sleds to haul his gear along, but this year, he opted for a four-pound expedition sled from SkiPulk. As for his base layers, jackets, shoes, accessories and facial-hair preferences for 30-below temperatures?