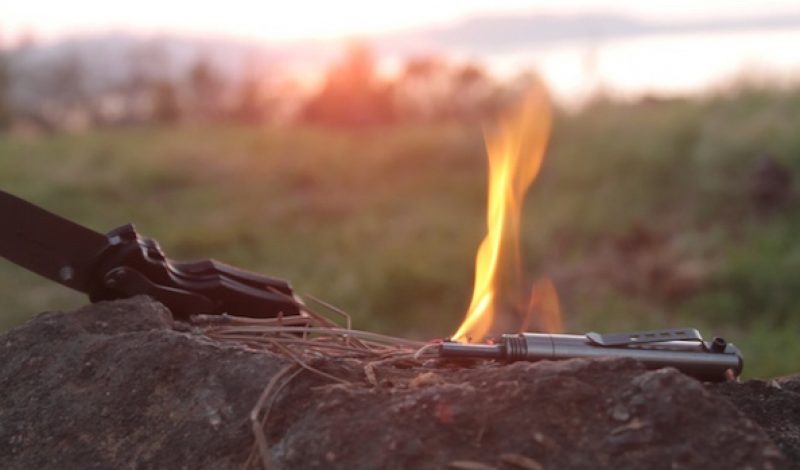 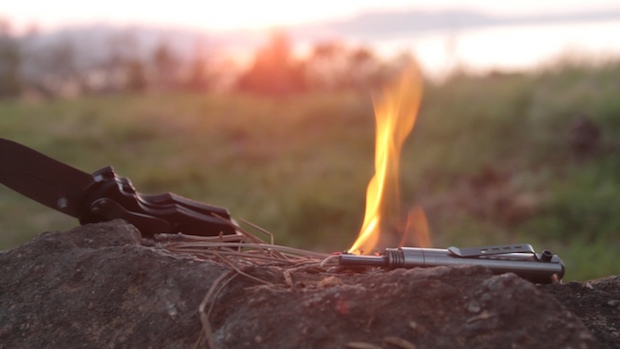 The concept of a tactical survival pen isn’t anything new, but few have ever been able to actually live up to their full potential. Most over promise, and underdeliver, leaving us disappointed by their performance. But what if there was a product that actually did deliver on that promise, and provided incredibly useful functionality in an extremely compact package? Enter the Endure Survival Pen 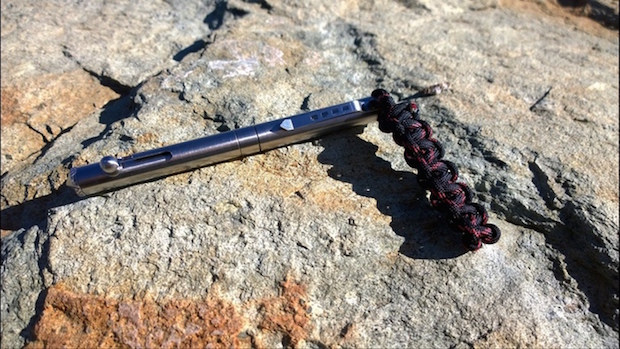 Still in its KickStarter phase, this Endure is a pen at its core, but with some very convenient extra features hidden away within its titanium frame. This multitool contains a Ferro Rod and striker, a multi-use spike, and a flare launcher as well. Yes, you read that right, a flare launcher! What’s more, the creator or the Endure Survival Pen – Nolan Brundige – has partnered with Live Fire Gear, LLC to create 550 paracord – called “FireCord” here – which has an inner core designed to help to quickly and easily start a fire in an emergency. 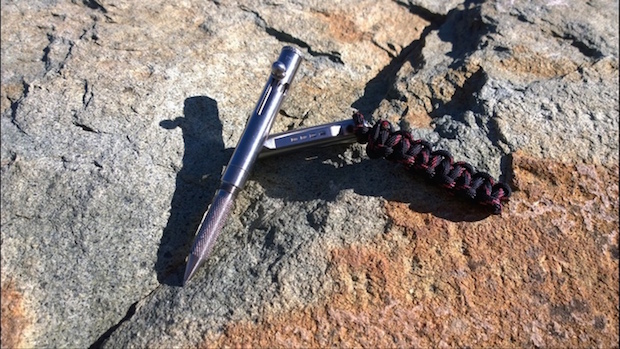 Brundige is seeking $25,000 to get the Endure Survival Pen into production, and as of now he is well on his way to reaching that goal. If the Kickstarter gets fully funded, he expects to begin shipping the finished product around September of this year. Contributors to the Kickstarter campaign can reserve one for themselves for $125.