The Wolfpack Summit Might Be the Best Ski Pack Ever 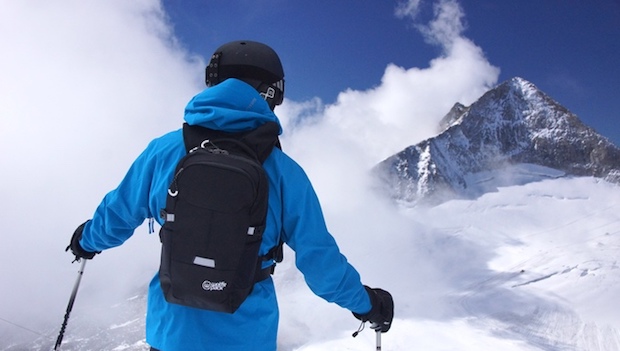 If you’ve been searching for the perfect backpack for use on and off the slopes, your wait may be nearly over. A company called Wolfpack has created a new bag dubbed the Summit that has been specifically designed for use in snowsports, including skiing and snowboarding. Better yet, the bag has some very unique qualities that help it to stand out from the competition and become one of the more interesting daypacks we’ve seen in a long time.

Wolfpack made a name for itself by creating what it calls “orbital backpacks.” These bags ride on your back like any other daypack, but have the unique ability to detach from the harness that holds it and rotate around to the front. This provides the wearer with quick and easy access to the cargo inside, without ever having to take the bag completely off. When incorporated into the Summit, that same system has the added benefit of moving the pack out of the way while riding the lift to the top of the mountain as well, all without un-strapping it or having to remove your gloves. 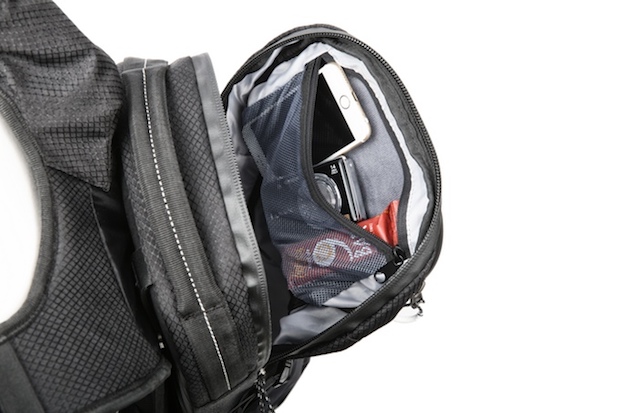 The “orbital” nature of the bag is accomplished thanks to a patented system that uses a special cable and release mechanism that actually disconnects the pack itself from the harness. This allows it to be swung around to the front side, where it can be temporarily attached once again while the wearer searches for the items that he or she is looking for. When they’re finished, they simply detach it from the front of the harness once again, and the orbital technology pulls the pack back into its more traditional place.

While this level of access is certainly great, it isn’t the only thing that helps make this a great pack for skiers and snowboards. For instance, it is also made from waterproof zips and water-resistant fabrics to help keep moisture at bay and it has a built-in set of compression straps made specifically for carrying skis on your uphill climb. The bag is also hydration-ready, glove-friendly, and comes equipped with an emergency safety whistle. If that wasn’t enough, internal pockets offer slots for carrying a shovel and snow probe, as well as several other organizational compartments for smartphones, cameras, snacks, and similarly small items you might want to keep close at hand. There is even a fleece-lined pocket built especially for carrying your goggles too. 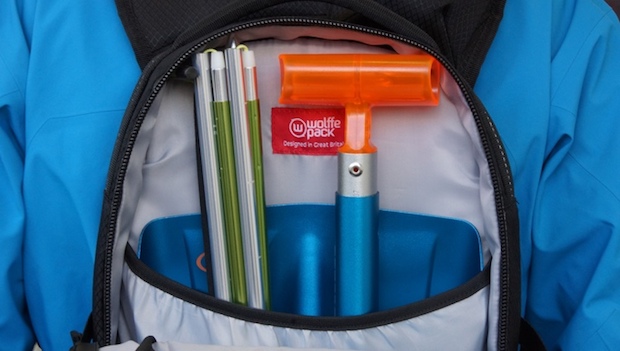 When not on the slopes, the Summit should make a nice travel pack as well. It has plenty of carrying capacity, multiple pockets, and even a hidden security stash for housing important documents such as a passport or boarding passes. On top of that, it features a wide waistbelt for holding the pack in place while on the move, and a comfortable backpanel that makes it easier to wear for extended periods of time as well. Plus, the easy-access features will likely prove useful when you need to get to your travel gear too.

Wolfpack successfully closed a Kickstarter campaign to help get the Summit funded and ready for production. The daypack is now scheduled to go into production in the next few weeks and begin shipping in January of 2017. That means that if you order one now, you’ll still have a chance to use it on the slopes this winter. The bag is priced at $219, although they are currently on sale for just $179 when you preorder.

Find out more at wolfpack.com and watch the video below to see the Summit in action.