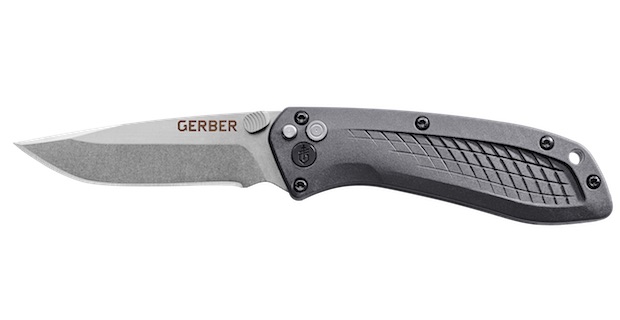 As a teenager in the 1990’s, we all used Leatherman tools, while secretly admiring those folks who had high-end Gerber multitools at their disposal. Their products were built like a tank, had single-hand opening pliers and felt like they were something you might graduate to as you got older and more experienced. Over time, that mysticism started to fade as Gerber started to face quality issues; some of which led to product recalls. Eventually, somewhere in the mid-2000’s, people started to turn on Gerber altogether; questioning their value. Now, I’ll admit that their Bear Grylls line never did anything for me, but for the company that is the number one supplier of knives to the U.S. Military, they’ve got to be doing something right. Right?

The fact is Gerber has an extensive catalog of things they’ve done – and continue to do – right. But these quality knives and tools have been written off by blade fanatics because of a few questionable products in the line-up. And I get it – once bitten, twice shy – but it’s getting to be a little ridiculous. It’s almost as if there is a witch hunt going on against Gerber and even if you do find something completely awesome from them, you’re better off not telling anyone, or you’ll be heckled before you even get a chance to break the blade in.

Case and point: a couple of weeks back a well-known knife blog put up a post about a new knife from Gerber stating that said knife was “made in the USA, using S30V blade steel, and would be less than $100.” The article went on to say “but the handles are plastic and feel cheap.” So I reached out to the writer of the blog and said “have you actually had a chance to use this knife.” The simple response was “No. But it’s Gerber.” Seriously? So now we’re phoning in knife reviews in an attempt to keep up the hype? This guy didn’t even get his hands on the knife, but HE JUST KNEW. 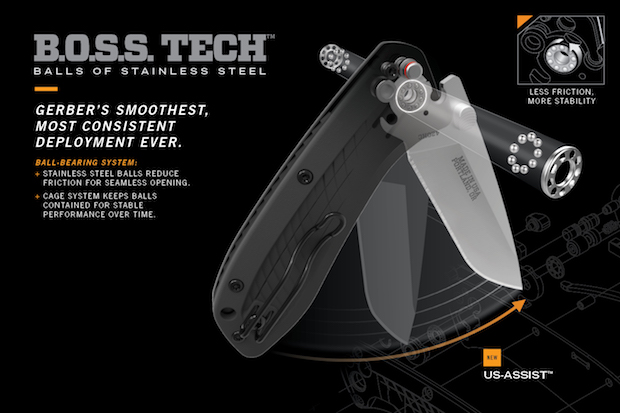 The knife being slammed was the new US-Assist from Gerber. It’s a 7” spring assisted folder with a 3” S30V blade that rides on a ring of stainless steel ball bearings (Termed “B.O.S.S Tech” for “Balls of Stainless Steel) to aid in its smooth and solid opening. At launch, this American made blade will be available in both plain edge and serrated formats and they will feature S30V steel. And, yes, the handles are made out of a “plastic” material known as glass filled nylon (which can be found on dozens of desirable knives). And no, it doesn’t feel cheap by any means. How do I know? Well, I actually got my hands on the US-Assist in Gerber’s booth at Outdoor Retailer in Salt Lake City. After messing around with it for about fifteen minutes, I can tell you that the knife is lightweight, has a great balance, and there’s nothing cheap feeling about it at all. I can also tell you that when you swing that sumbitch open it locks up high and tight leaving no doubt in your mind that this knife is made to be put to work. That awesome feeling is further supported by the fact that the US-Assist lacks any blade wobble that assist-knives in this price range usually have.

Now, I won’t be so brazen as to call myself a knife expert, but I know a thing or ten about “man’s first tool” and anyone who doesn’t give this knife – or Gerber in general – a chance is missing out. But don’t worry, there are enough of us out here who respect a quality knife when they see one – not to mention the knife maker itself. The bottom line is this: there is a shift in tide to start producing high-quality, affordable knives here in the United States, and almost all of the big name knife companies are on board for the challenge. With the US-Assist, Gerber has proven that they are above the hype and are focused on producing quality tools that you can trust at an affordable price. But don’t take my word for it – when the US-Assist launches later this year, go pick one up and give it go. You just might be pleasantly surprised at what you discover.