The Next Generation Apple Watch is Waterproof and Comes with GPS 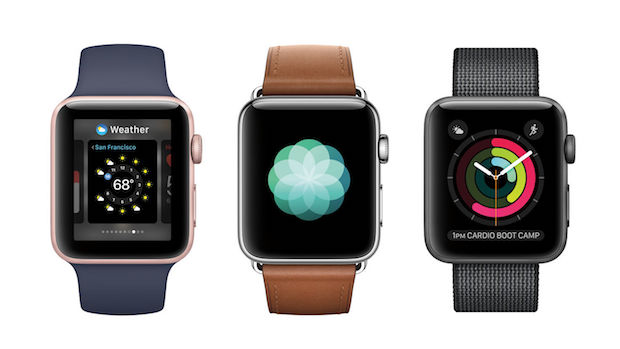 Apple has taken the wraps off its next generation smartwatch, and in the process addressed some of the criticisms that came along with the first model that was released last year. This new edition to the company’s product line-up is faster, has a brighter screen, and includes some features that runners and cyclists have been waiting for. And if that wasn’t enough, it is also completely waterproof.

Dubbed the Series 2, the new Apple Watch now comes equipped with a dual-core processor that is 50% faster than the already powerful original model, a screen that is twice as bright, and an improved graphics chip for more efficient on-screen rendering. All of that should result in a smoother running device and better interaction with apps, especially when paired with Watch OS 3, which is scheduled for release next week.

But of more interest to Gear Institute readers are some of the other significant changes to the Watch, including the addition of onboard GPS functionality. With the first generation Watch, users had to carry their iPhones with them if they wanted accurate readouts of pace and distance covered while running or cycling. That won’t be the case with the Series 2 however, because it can now handle navigation and global positioning without the need to be tethered to your iPhone at all times. 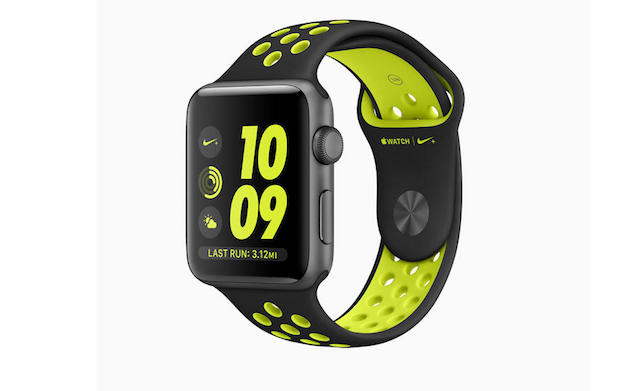 This functionality was demonstrated in a new app called ViewRanger too, which gives Apple Watch owners the ability to select hiking trails in their area, and navigate their way through them, without the need for a smartphone or other GPS device. The available trails appear on the watch’s screen, and navigational cues help hikers to find their way. The app will even alert them if they wander off the correct path and can highlight points of interests along the trail too.

In creating the Series 2 Apple has found a way to make the device fully waterproof, which will no doubt come as good news for travelers and outdoor enthusiasts. The original model could resist splashing, rain, and even a good dunking in the pool, but this new version can dive to a depth of 50 meters (164 feet) – even in salt water – and survive just fine. Apparently, this was accomplished with a new set of seals and adhesives on the inside of the watch, which left only the speaker unprotected. Apple engineers cleverly came up with the idea of having the speaker expelling the water itself using sound waves, allowing the device to achieve an IP67 level of protection against moisture in the process.

Since the Apple Watch is now waterproof, it can be used by swimmers and triathletes to track their workouts too. To reflect this, the Workout app now has both an indoor swim and open water swim option. Apple claims that it has worked with more than 700 different swimmers to teach the device how to register proper strokes and calories burned, which is now provided at the end of an exercise session as well. 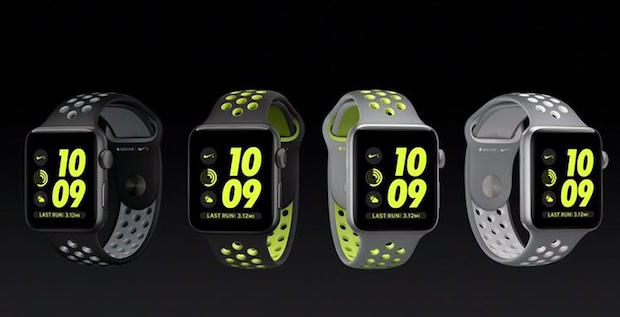 Finally, Apple also announced a special edition of the Apple Watch that is co-branded with Nike. This version of the device has its own unique look and has been designed from the ground up to appeal to runners. It integrates nicely with the Nike+ Run Club and comes with a custom made Nike+ app for tracking workouts. This version of the watch will even offer motivation for running, prompting you with challenges to catch friends who are already out on the trail, giving you weather updates, and more. This version of the Apple Watch won’t be available until October, but it looks like it has some very promising features that runners will love.

Preorders for the Apple Watch Series 2 begin this Friday, September 9 with the new device shipping on September 16. Prices start at $369 for the base model, with the Nike+ version carrying the same price tag upon release. The original Apple Watch – now called Series 1 – will hang around for $269. It has received the faster upgraded processor as well, but still lacks GPS and waterproofing.

Find out more at Apple.com.