The MoonBoard Just Might Make You a Better All-Around Climber 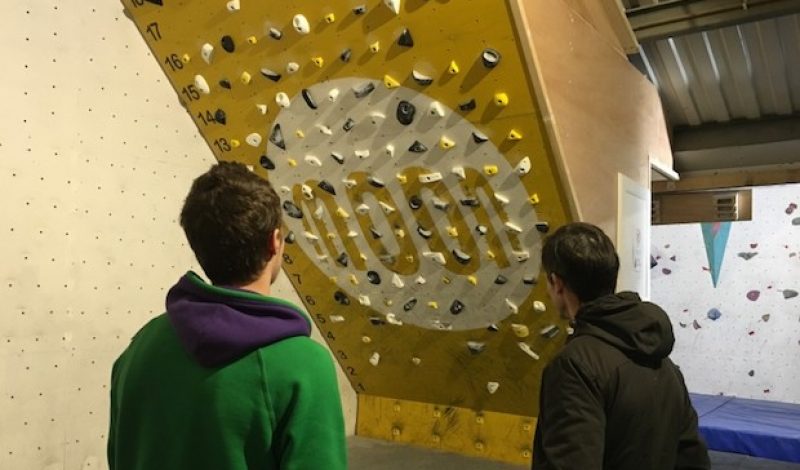 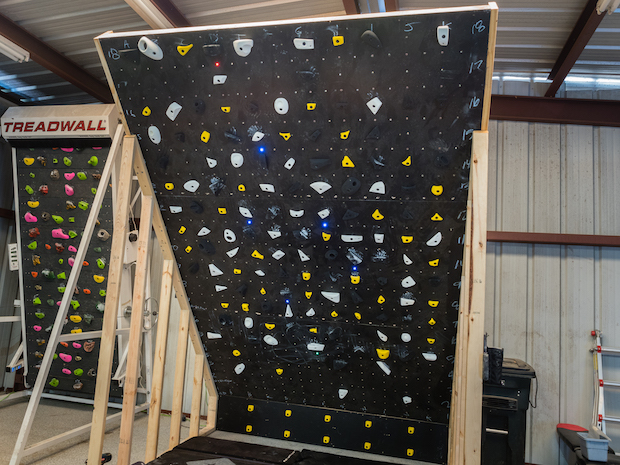 If you’re a serious boulderer or sport climber, chances are you’ve heard about the MoonBoard. Over the past year, it has shown up in our social media feeds with alarming frequency, and has even sparked live-feed climbing competitions on its relatively miniscule 12 x 8 foot climbing surface. But, while it is currently trending like crazy on the Internet, the MoonBoard’s history actually predates Twitter.

During the infancy of rock climbing training in the 80’s and 90’s, dingy garages and cellars spawned makeshift climbing walls that were dubbed “woodies.” These simple plywood panels were erected at steep angles, with scrap wood screwed on for bouldering holds. The problems were necessarily short due to the low ceiling heights, and by default, power was the main factor being trained. This was a precursor to today’s artificial climbing walls; modern rock jocks eschewing cramped basements for towering three-dimensional structures littered with colorful multi-shaped holds, in comparatively luxurious conditions.

The School Room was a small training facility in Sheffield, England that produced a disproportionally large number of incredibly strong climbers, Ben Moon and Jerry Moffat amongst them. These names are synonymous with gritty bouldering and sport climbing; Moon did the first 5.14c in the world and Moffat was considered one of the best overall climbers of the 80’s. Perhaps it was the dismal weather, forcing so much indoor training, or the “old school” nature of the facility that turned out some of the best climbers of the day. Although the School Room was a purpose built climbing center, the four walls emulated the simple woodies; flat plywood panels, limited ceiling height, steep angles and powerful boudlering. 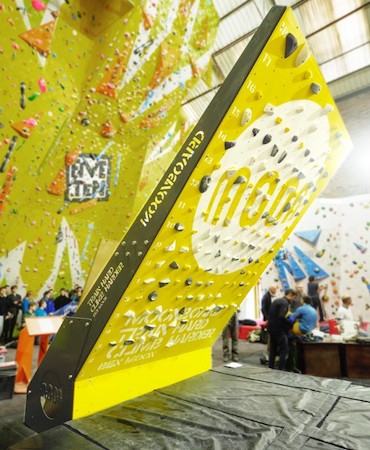 Working within the physical confines of the School Room, Moon created the first “MoonBoard” in 2005. Three sheets of plywood and a kicker panel fit under the ceiling of the School Room, the angle set at 40 degrees overhanging. Moon attached 140 simple holds on a grid pattern (198 positions notated by letters horizontally and numbers vertically), standardizing their location and orientation. Out of this simple, yet ingenious, idea the MoonBoard was born. “Tracking,” meaning the handholds are also the footholds and the lack of large features forced climbers to use mobility and power. Moon created wall building specifics and a list of boulder problems, sharing them by way of downloadable documents. This marked the first truly standardized climbing system. Progress grew organically; notebooks listing problems morphed into a website, allowing true global problem setting and sharing, the site eventually showcasing more than 1200 unique problems.

Although the MoonBoard was a groundbreaking training tool, its use and fanfare were still moderate. In 2016, Moon introduced two breakthroughs to greatly enhance his original concept: the MoonBoard App and MoonBoard LED Kit. The free app allows climbers to access the crowdsourced (and Moon’s very own) boulder problems, rate them, create and share new problems, as well as log their efforts, and create personal lists. In addition, the app connects via Bluetooth to the LED kit, a light under each grid location illuminate to indicate start holds, holds on the problem, and finishing holds. Both of these advancements rocketed the use and popularity of the MoonBoard to the frenzy it is experiencing today.

There are over 7500 problems in the app as of this writing, a number that has nearly doubled in just a few months time. Commercial climbing gyms are scrambling to obtain their own MoonBoard to appease the demand from their members. Climbers’ social media feeds buzz with videos of MoonBoard problems being shared, as well as virtual competitive training sessions happening across the world via app, not to mention plenty of text and Instagram call outs. 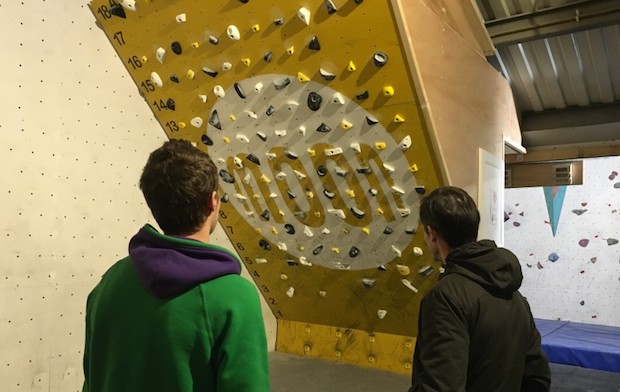 I have a MoonBoard to use with athletes that I coach at the Austin Rock Gym, and I recently built one at my home too. I find the MoonBoard generally more akin to real, difficult rock climbing than most gyms, where the setting tends to lean more towards a competition style. The single angle, flat surface and simple holds produce movements that mimic most hard outdoor climbing, stressing body tension to link squished or long moves between marginal handholds. The style is more straightforward and the beta is usually apparent visually or within the first few attempts. It may not be quite as “entertaining” to watch, but it’s definitely more applicable to real cliffs and boulders.

The value of so many preset boulder problems through the app cannot be overstated. I find this the single biggest advantage of the MoonBoard system. It provides variety and motivation, with the differing setting styles stressing weaknesses that maybe I wouldn’t address myself unless I had this endless number of problems forever stoking the fire. The relative permanence of the hold set and problems also provides a yardstick of performance that is motivating in and of itself. There are “benchmark” problems that give you a standard of grade, another means to gauge progress, and the logging and list making functions can fan the flames for the next session. It is also fun to share problems with friends, setting ones that cater to their weaknesses as they do the same to you.

For all the positives surrounding the MoonBoard, there are a few negatives as well, with one of the mains strengths also being one of the weaknesses. The simplicity of the MoonBoard dictates that there is really only one style of climbing; basic two-dimensional movement, mostly lacking gymnastic attributes or compression. The flat surface and steep angle negates the use of most slopers and swings that are often used in competitive indoor climbing. The MoonBoard also caters exclusively to advanced climbers, the lowest grade within the app a stout V4. There is a substantial cost and associated labor to build your own as well, but I don’t feel the cost of the holds to be outlandish (all available holds are about $606 USD at the time of this writing and must ship from England) as you get the system and all its “setting” at no charge. The LED system ($648 USD) is not mandatory but it does make viewing and climbing the problems much more convenient. A disadvantage to the potential home MoonBoard builder is that the structure doesn’t fit under standard garage or home ceilings. Some modifications are necessary which ultimately can affect the validity of the grades. Also, some climbers find the resin holds to be somewhat aggressive on skin, but this is a common when training on problems of advanced grades.

Future renditions of the MoonBoard and the app will address some of the negatives. The app will be configured for a 25 degree MoonBoard, most likely allowing grades attainable for intermediate climbers. This, of course, won’t apply unless the board is built to adjust or is built at the newer angle. The revised app will also contain an interval timer, allowing a problem to remain “in session” and illuminated for those with the LED kit, for a prescribed time period, at which point the next problem will come into play and so on. On top of that, a new hold set is being released as well, nearly filling the remaining unused grid locations. Some of those holds will be made of skin-friendly wood.

The MoonBoard represents one of the biggest innovations in climbing specific training, but it isn’t a singular solution. It is an effective and fun tool for developing power (and power endurance for the elite) but is best used in conjunction with other training apparatus and methods for an all-encompassing program.

Big kudos to Ben Moon though, as the cellar woody sessions of his youth eventually produced an incredible tool that has ignited the stoke in many and undoubtedly has added to his own ability to crush 5.14’s in his 50’s.