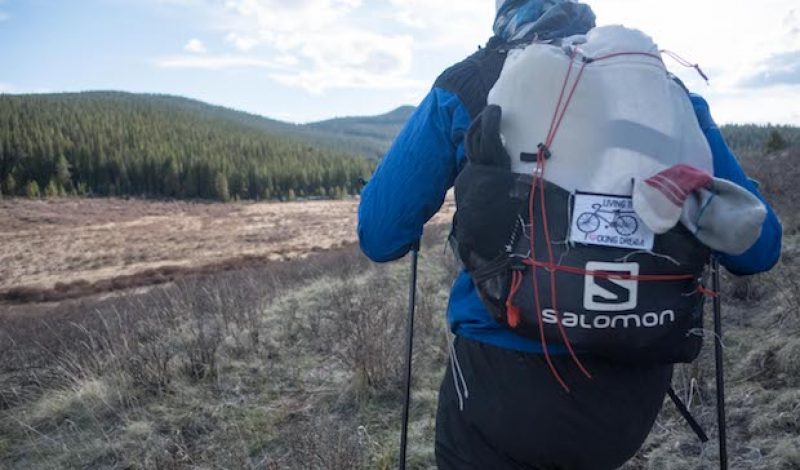 When Rickey Gates set out on March 1 to embark on a 3,700-mile Transamerica trip he set a few parameters for the trip. First and foremost he wanted it to be self-supported, just him and a pack covering as many miles on trails as he could while limiting himself to a $1,000 monthly budget.

Gates, a Salomon sponsored athlete, successfully completed the Transamericana, arriving in San Francisco 152 days after leaving Folly Beach, SC. Along the way he averaged 27 miles per day only taking 11 full days off. As with all self-supported adventures, “The gear is pretty important for something like this,” Gates said. “The lighter you can go, the happier and faster you are.” 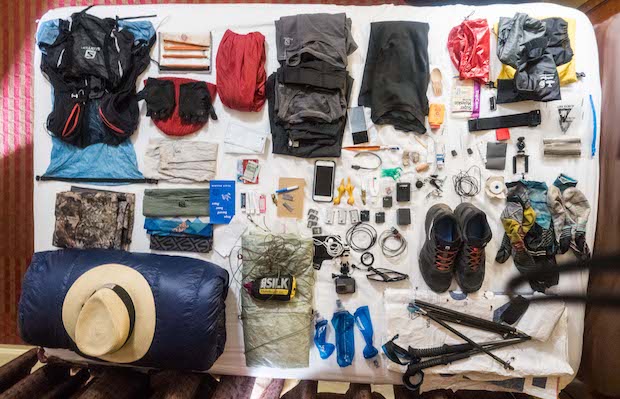 A look at all the gear Gates carried

According to Ricky, the most important piece of gear was his pack. During a trip to Salomon’s headquarters in France, Gates worked closely with Salomon’s design team to come up with the perfect pack for his five-month trip. The result was a modified Salomon S-lab Alp 20L that included additional chest storage. Gates knew the value of having front storage from his alpaca rafting days, “where you always have this goodie bag right in front of you, where you can get some food, your phone, maps or a camera.” This design enabled Gates to keep the pack on for the majority of the day, only removing it for lunch and nighttime. 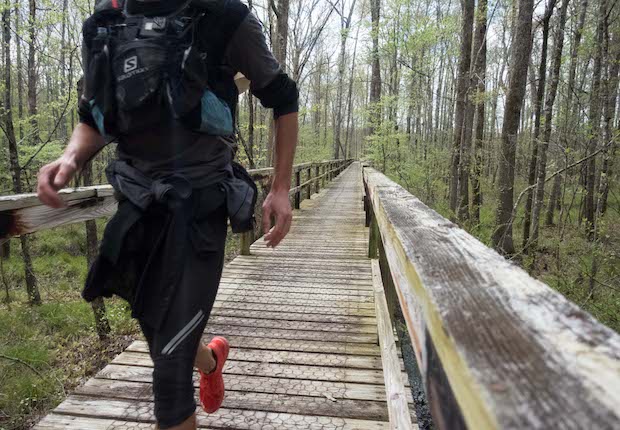 “Having a system is the most important thing to do on a trip like this. If you don’t have one at the beginning of the trip, you certainly develop one as you go along,” noted Gates, referring to the arrangement of items in his bag. “You’ve got little pockets for everything. Everything becomes so automatic it becomes a part of you.”

Another piece of crucial gear Gates reluctantly acknowledged was his iPhone. “I can’t deny how useful the iPhone was in so many ways. It’s your only form of information on a trip like this.” Gates relied heavily on his phone for navigation throughout, using an app called Gaia for guidance on the trails and the walking navigation on Goggle maps for everything else. 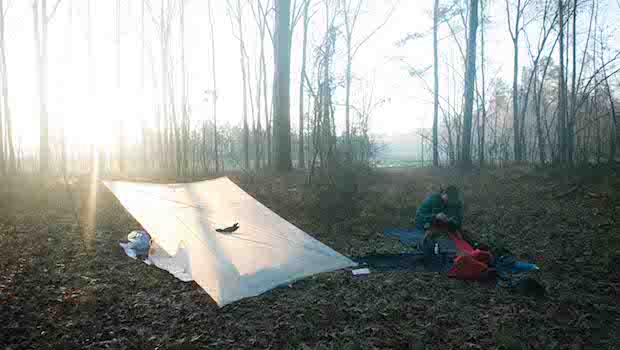 For his sleeping bag setup Gates called upon Enlightened Equipment, a company out of Minnesota dedicated to making some of the lightest and most functional camping gear. Gates, came across the company through an internet search for “lightest weight sleeping bag” and found value in the ability to customize his sleeping bag by choosing the fabric, fill count, and color. The end result was a super light and affordable bag that Gates could use in any condition. To further save space, he and the Salomon team in France brilliantly modified the sleeping bag to double as poncho-style puffy coat for the colder environments. “It was definitely worth it, versus trying to figure out one more extra layer,” he said.

For footwear, Gates wore a prototype version of Salomon’s now flagship road shoe, the S/Lab Sonic for both road and trails. Over the 3,700-mile trip, of which a third was on trails, Gates went through 11 pairs of shoes, coordinating pick up points along his route for his brother and Salomon to mail him new footwear. 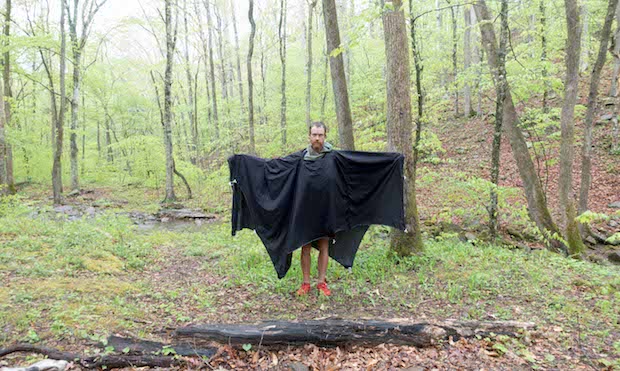 For wet weather protection, Gates carried a lightweight rain jacket and modified Salomon-made tarp that could double as a rain poncho and camping tarp with stack holes.

“I learned a lot about sock maintenance,” explained Gates who wore Stance socks the entire trip. “I think we take for granted that we can always put on a fresh pair of socks every day. When you’re only carrying one extra pair of socks, and go through one, then you go through the other, and you’re washing them in sinks, and you want them to dry and they won’t dry. The health of your feet very much depends on this process.” Gates quickly learned the key to proper sock maintenance was “you can’t go four days without washing your socks.”