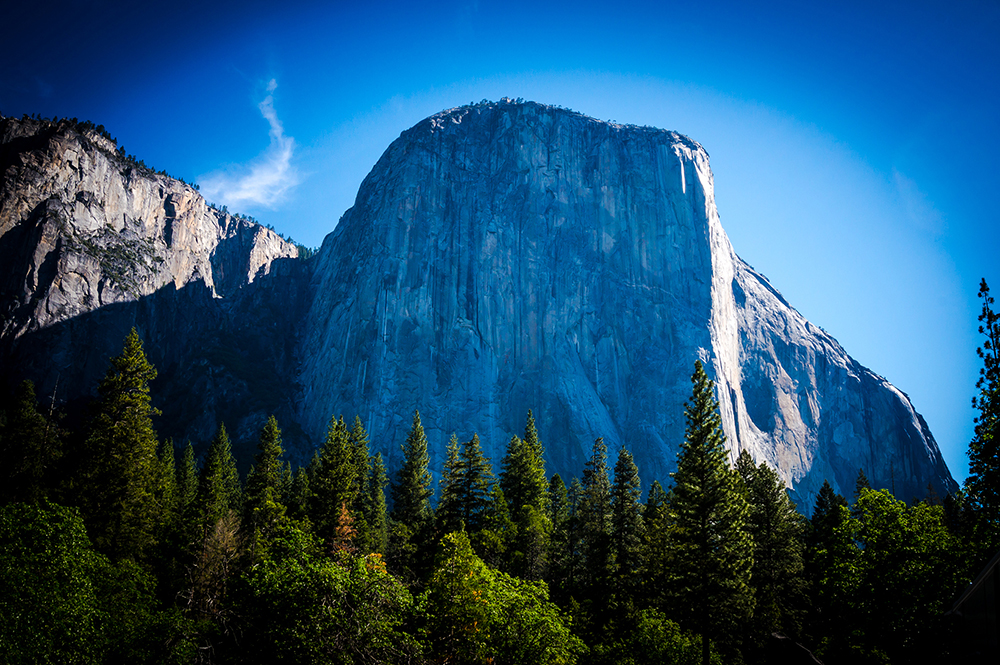 It is difficult to describe the magnitude of Alex Honnold’s free solo of El Capitan. There has always been a “what’s next” in climbing achievements featuring a built-in hierarchy for the ambitious rock climber to ascend. In sport and traditional climbing, it is difficulty. In bouldering it is difficulty, and recently, the height of the climb. But what would that ladder look like for free soloing? Difficulty, speed, and the height of the climb are all used to describe the weightiness of a solo, along with the exposure and other elements of risk.

In a single climb, Honnold eclipsed every conceivable category by which a solo climb could be dissected. Difficulty? How about 5.13a? Speed? 3300 vertical feet in under 4 hours. Height? The top of El Capitan, the biggest granite monolith on the planet. Not to mention the massive exposure, possibility of weather, and a host of other unknowns that Honnold conquered with his relaxed style and “no big deal” attitude.

Superlatives score heavily when they stem from credible sources, and in climbing, that means people that have ventured into equally groundbreaking ventures.

Tommy Caldwell, first to free climb the Dawn Wall of El Capitan with Kevin Jorgeson told National Geogarphic “This was the ‘moon landing’ of free soloing,” and described it to Outside Online as “It’s a generation defining climb…In terms of mastery, I am convinced it is one of the pinnacle sporting moments of all time.” (www.outsideonline.com)

Peter Croft, legendary Yosemite climber and the first to solo Astroman, also spoke to National Geographic saying “It was always the obvious next step, but after this, I really don’t see what’s next. This is the big classic jump.”

Other professional climbers the world over resounded in unified amazement of Honnold’s feat. For instance, professional mountaineer and rock climber Emily Harrington called Honnold’s accomplishment “An achievement that is perhaps the greatest in the history of rock climbing,” on her Instagram.

Timmy O’Neill, recipient of a 2017 American Alpine Club Excellence in Climbing Award for his work with adaptive climbers described the feat like this: “Sometimes the illumination generated by another’s leading edge is so far out in front of conventional reality that we can only experience it later…most likely the most audacious climb ever, representing the sharpest end and the thinnest margin of error.”

Climbing journalists that have seen many grandiose efforts are equally awestruck. For instance, Andrew Bisharat, Editor at Large for Rock and Ice Magazine writing for Evening Sends said “Already, I’ve seen climbers anoint this El Cap solo as the greatest achievement in sports–ever. But is it? The answer, probably, is yes.”

In posting to its Facebook page, Alpinist Magazine simply said “This is indisputably the greatest free solo of all time. Congratulations, Alex!”

Then there is the equally quotable Alex Honnold himself.

“There was no uncertainty on this. I knew exactly what to do the whole way. A lot of the handholds feel like old friends,” in an interview with Mark Synnott of National Geographic, moments after returning to the valley floor in Yosemite.

“I was pretty much elated, I was probably the happiest I’ve ever been. It’s something that I thought about for so long and dreamed about and worked so hard for. I mean, it’s pretty satisfying,” Honnold told the Associated Press in an interview on Sunday.

Congratulations again to Alex Honnold. You not only raised the bar, you set it in the stratosphere. In other sports, medals are awarded and riches earned by outdoing the competition by fractions of an inch or hundredths of a second. You, sir, have outdone even yourself by immeasurable margins. Enjoy. Now, maybe just go enjoy some casual sport climbing for a while?