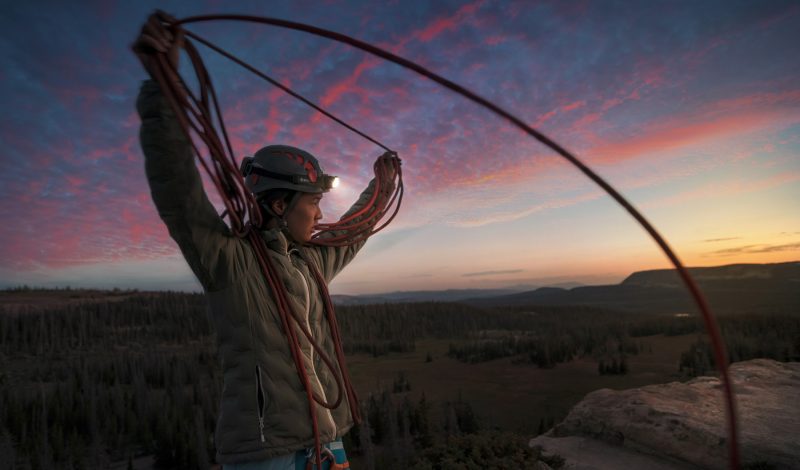 BioLite released the HeadLamp 330 two years ago, earning accolades, mainly for the proprietary 3D SlimFit construction. This unique method of building a headlamp involves molding a low-profile lamp housing into a wicking and wide headband, creating a new level of comfort and security, which earned the HeadLamp 330 a permanent spot in my backpack.

BioLite released it’s the first pro-level iteration of its HeadLamp series yesterday with the HeadLamp 750. As the name implies, this headlamp bumps the brightness to an incredibly high 750 lumens for a 30-second burst with a rear-mounted switch. The HeadLamp 750 also boasts a long and infinitely expandable run time along with a Constant Mode that maintains 500 lumens for a claimed two hours without fading. It also hosts an impressive list of features and modes to appease demanding outdoor enthusiasts. All while retaining the remarkable level of comfort expected from the 3D SlimFit construction. 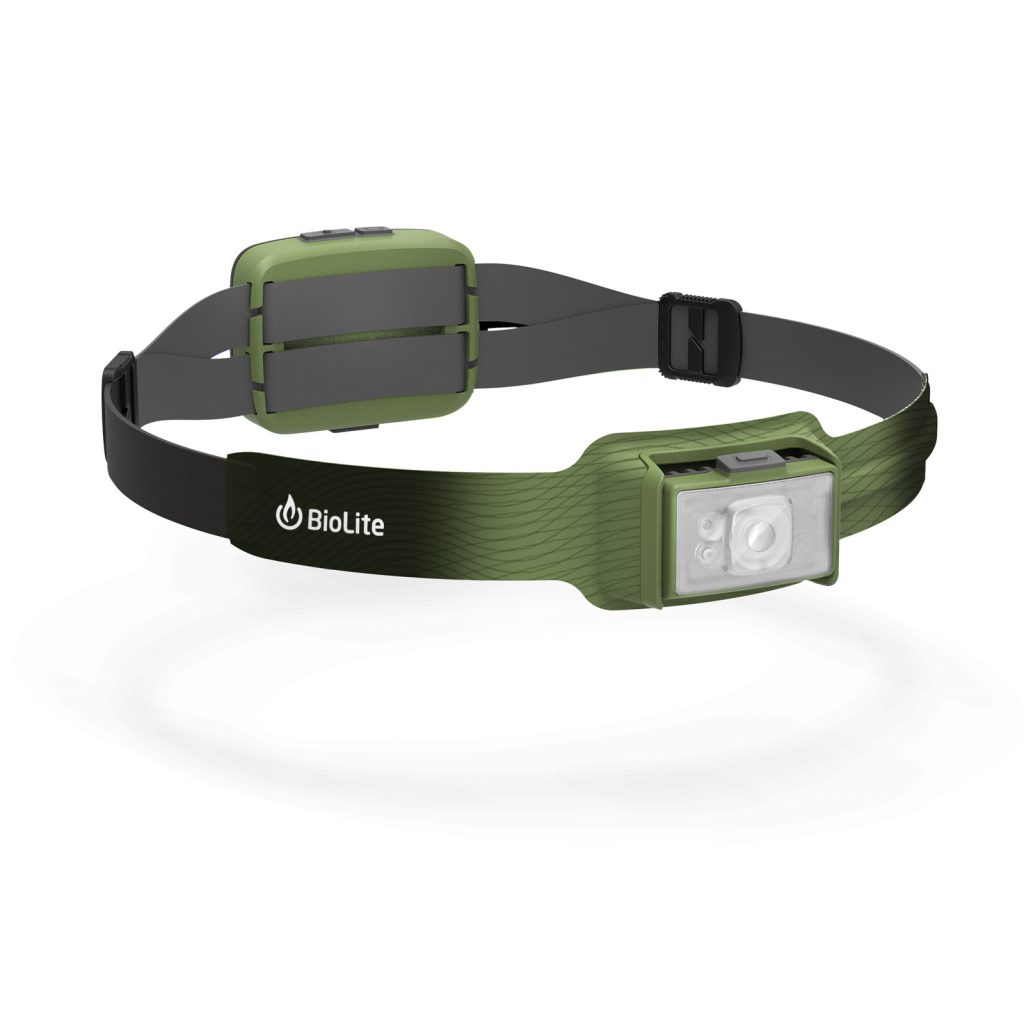 The BioLite HeadLamp 750 possesses a comprehensive list of features and attributes to appease the outdoor elite:

The first performance-enhancing feature that stood out was the 30-second, 750-lumen blast of light that allowed descending steep and rain rutted sections of a steep hillside. The amount of brightness at this maximum setting was astounding. The high setting was also impressive. This 500-lumen output level was more than enough for any camp chore or trail travel short of a full sprint. Each of the five light modes is dimmable, and I usually lowered the power down appreciably in the high output mode in camp.

Another feature that stood out was the Constant Mode, which regulated output to remain at a consistent level for the duration of the battery charge. This mode contrasts with other lights that only stay at full power initially, then reduce power as the battery charge dissipates. Although Constant Mode reduces total run time, the claimed seven hours at the high setting was more than enough for a weekend of camping. The low setting will run a claimed 150 hours.

Although I didn’t use the Run Forever mode, which takes advantage of the pass-through charging ability and allows you to connect an external power supply for infinite run times, the capacity could be clutch for endurance events or extended forays into the backcountry.

The rear-facing tail light, with its two modes, could be valuable for running on streets, bicycle commuting or navigating as a group in challenging conditions and terrain.

The other features and modes of the BioLite 750 are all usable and, honestly, expected of a pro-level headlamp at this price point, and they all functioned as advertised.

As good as the BioLite HeadLamp 750 was, there were a few quirky attributes that took a little use to become second-nature. First off, the lamp is operated by one small switch that must be depressed for eight seconds to activate or deactivate the power lockout mode. This duration makes it super unlikely for the headlamp to get powered on inside a pack accidentally, but it seemed overkill. Then the blinking that happens after the lockout is deactivated was confusing initially; once I read the instructions, it all made sense as I used the single button to scroll through the five modes. The headlamp remembers the last mode and starts in that mode when powered up the next time. This operation did feel logical later, but I still prefer headlamps that allow switching light modes on the fly, without turning it off.

The two-hour Constant Mode was excellent to maintain performance while active at night, but because the light output doesn’t change, keeping tabs on battery life meant checking the status indicator on the rear battery case occasionally. Other lights dim as battery life decreases, giving an on-the-fly, seat of the pants estimate of battery life. But not the BioLite HeadLamp 750. The headlamp does have a reserve feature though. When nearing the end of the available battery life, the HeadLamp 750 will drop output to 100 lumens and start flashing every minute for 10 minutes. At this point, the output will drop to 5 lumens and BioLite claims this Reserve Mode will last for 8 hours. 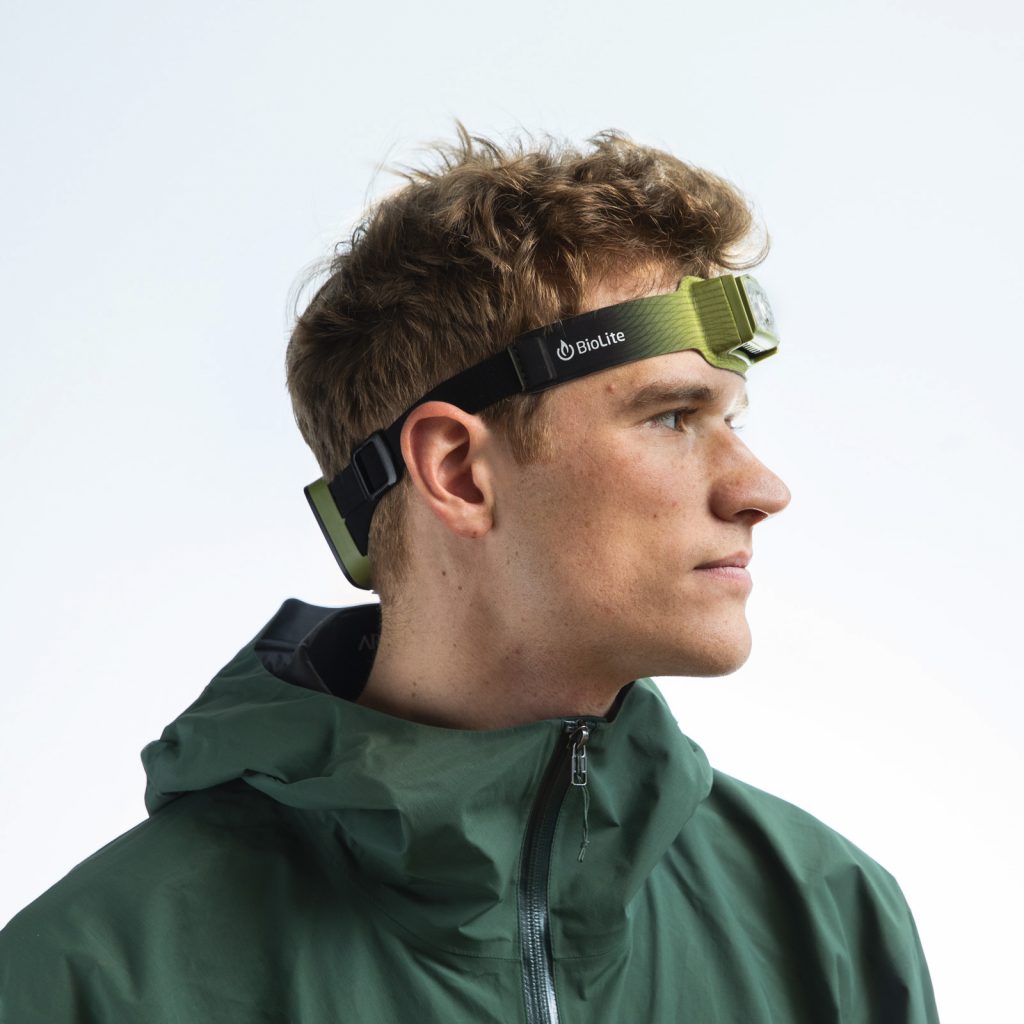 All the upper echelon performance of the HeadLamp 750 came with extreme comfort. The wicking material, large surface area, and 3D SlimFit construction of the headband rendered the most comfortable headlamp of this performance level in my collection. The thin profile of the lamp housing and the weight distribution provided by the rear-mounted battery kept the comfort intact during high-intensity activity. And everything that made the Headlamp 750 comfortable also made it secure, even while jumping off and across boulders.

BioLite raised the comfort bar for headlamps with the original HeadLamp 330, and the trend continues into the pro-level realm with the HeadLamp 750. High power, long battery life, impressive feature set, and the comfort and stability are second to none. There are a few operational quirks, but the tradeoff is well worth it to possess high performance and high comfort in the same package.