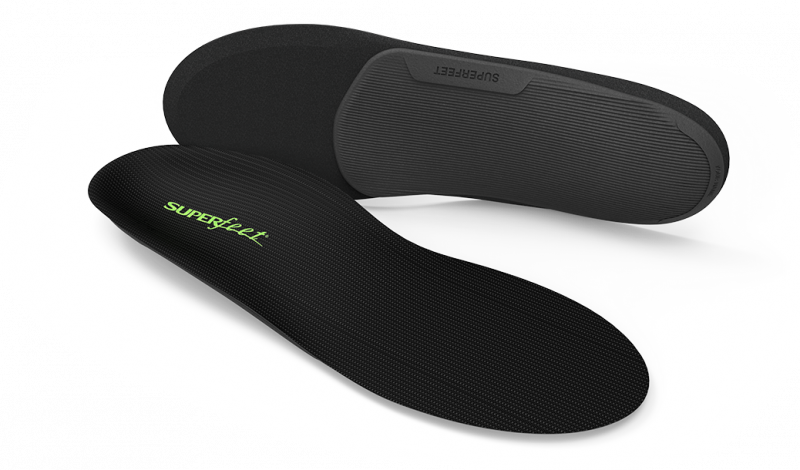 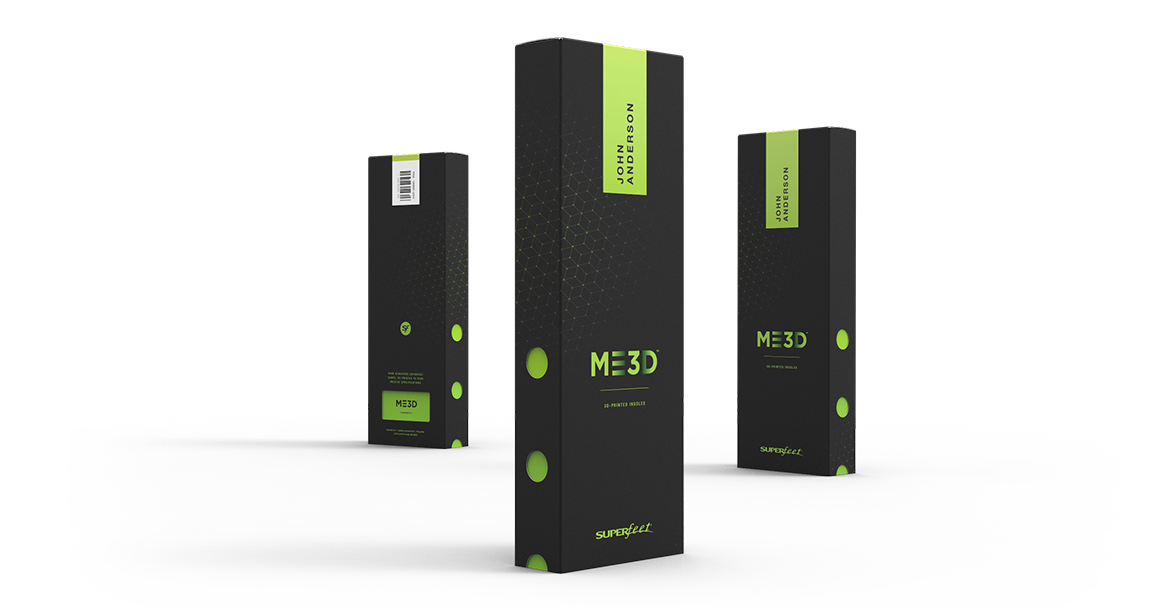 Monday Superfeet, the leader in providing innovative over-the-counter insoles and footwear announced that getting custom-made insoles can now be as simple as a trip to your local running store. In a partnership with Hewlett-Packard, using HP’s 3D foot-scanning solution and 3D printing technology, Superfeet will now produce fully custom insoles that will be individualized for a runners foot in-motion, delivering unparalleled and truly unique comfort and next-level fit.

The new insoles, called ME3D insoles could be a factor in helping some runners reduce their chances of injuries by giving them easier and cheaper access to custom-made insoles. Until now, runners had two options for insoles, prefab store-bought insoles or custom insoles from a medical professional. The problem with the current pre fab insole market is “they don’t work well for anybody with a foot structure that isn’t average,” said Brian Crispell, DPM, a Philadelphia- based American Board of Foot and Ankle Surgery Podiatrist, meaning runners with a high or low arch height.

Now those who would historically have to go to a podiatrist to get fitted for custom insole orthotics, which can prove to be expensive and time consuming, can now visit a local running store and during their visit to pick up a new pair of running shoes, can get fitted for a custom pair of insoles. 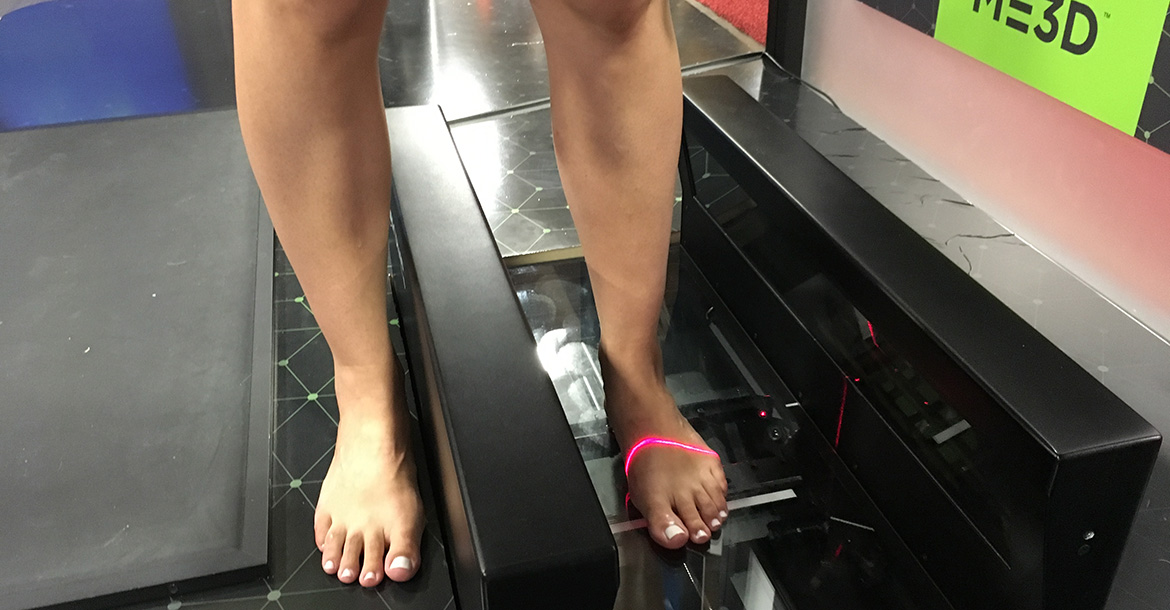 The process begins with collecting data about a runner’s foot in both a standing position and while running using the fastest pressure plate technology that’s capable of achieving 500 measurements per second. “Each customer receives a personal assessment that includes a full 3D foot scan and dynamic gait analysis,” says Matt Gooch, Superfeet product marketing and education manager.  “These scans create both a full 3D model of the each foot as well as a dynamic plantar pressure profile.” 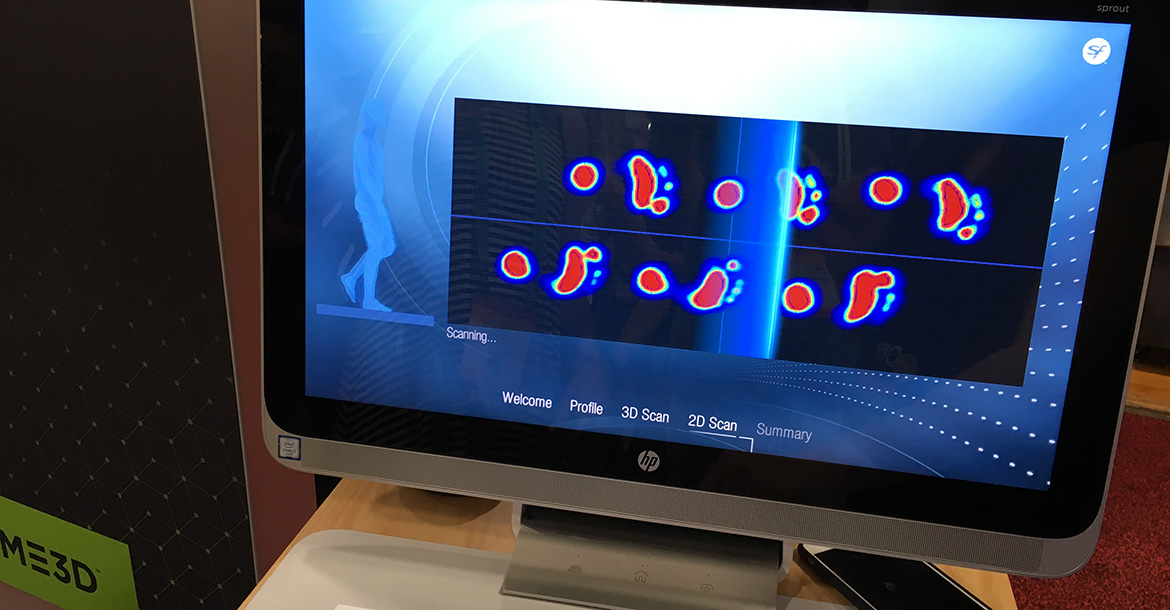 Once the foot scanner records the measurements, the runner can immediately see a set of one-dimensional measurements as well as a fully rotatable 3D model and pressure plate map of each foot. “This allows us to not only accommodate for differences between left and right feet for a single person but also create insoles that may vary greatly person to person,” adds Matt. The end result is fully customized insole without leaving your local running store. 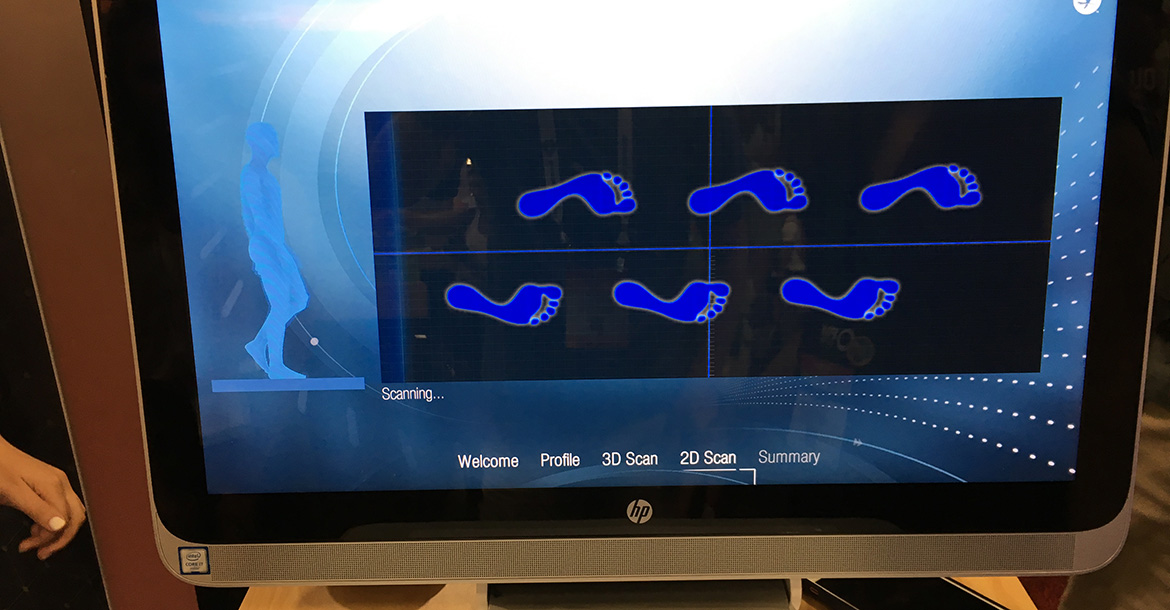 While both Matt Gooch, and Brian Crispell, DPM, agree these new insoles won’t replace a custom device from a medical professional, they will allow more runners an easier and more cost effective way to get a custom fitted insole. “Unlike going to a podiatrist or other medical professional for custom insoles,” adds Matt “which can cost anywhere from $300 to $800, ME3D insoles cost a fraction of that, at just $150/pair.” The whole process from the in-store foot scan, to the delivery of the ME3D insoles at your front door takes approximately 2 weeks.

Superfeet has more exciting news coming, Matt explains, “Through our collaboration with HP we are able to bring to market a complete end-to-end solution with the capability to deliver fully individualized footwear built into it. In keeping with our roots, our first offering is an individualized 3D printed insole, our next step, footwear. We are currently developing the custom offering and anticipate having a custom recovery slide in the market in 2018.”

The in-store state-of-the-art product and technology platform will be launched through select premium specialty running shops, starting with nine retailers in eleven locations.