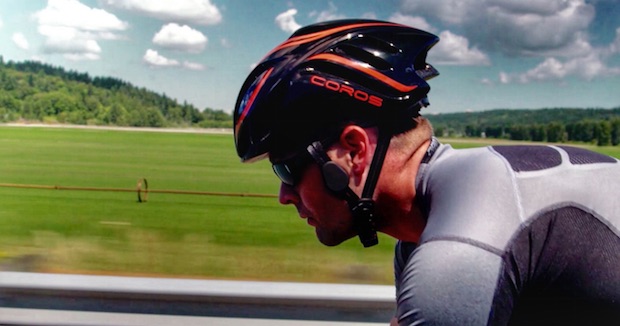 As most cyclists know, wearing a pair of earbuds while out on a ride can be hazardous to your health. Sure, its nice to be able to listen to music while cruising along on your bike, but traditional earbuds usually block outside noise, and tend to isolate riders from the traffic that surrounds them. This can sometimes lead to dangerous accidents causing serious injury or even death. But a new cycling helmet from a company called Coros promises to deliver a safe way to listen to your favorite tunes, while still remaining fully aware of your surroundings.

The LINX Smart Cycling Helmet has the ability to connect to your smartphone and playback music, podcasts, audio books, or whatever else you might want to listen to while out on the road. It can also allow you to take phone calls, get audio updates on your performance via popular fitness apps, and listen to navigation cues too. In other words, it can do just about everything a standard set of earphones can do, without actually putting anything into your ears.

So how does it work exactly? The helmet uses bone conduction technology to playback audio without the need for earbuds. Instead, it provides high quality sound by creating subtle vibrations in the bones found in your face – most notably in the jaw and cheeks. The sound waves then skip the outer part of your ear – including the ear canal and eardrums – and go directly into the inner ear, which is where sound is processed. The entire procedure is safe, proven, and very effective, allowing cyclists to ride anywhere while remaining much more aware of their surroundings at all times. 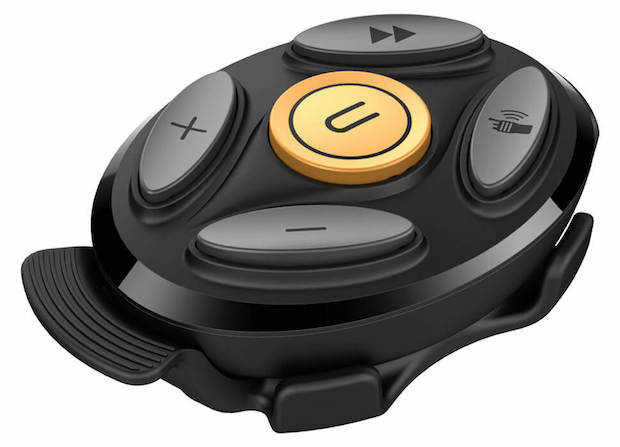 The Smart Cycling Helmet also comes equipped with a microphone that gives the wearer the ability to take phone calls, or chat with other LINX helmet users, while on the go. The mic has been specifically built to block out excess wind noise, making it easier to talk without having to slow down or stop altogether. This feature alone makes it a nice option for riders who need to be able to stay in touch while out on a long ride.

Additionally, the LINX helmet ships with a remote control that gives riders the ability to play and pause music, skip tracks, pick-up phone calls, and so on. This allows cyclists to control the “smart helmet” without having to take their fingers off their handlebars, which is a nice feature to have when thinking about safety as well.

Coros has even made a custom app for iOS and Android that helps users to pair their smartphone with the remote and the helmet for seamless playback. That same app will track cycling performance, provide audio feedback of time, distance, speed, and other variables, while displaying a map of your route on screen. It will even allow you to designate an emergency contact number, who will automatically be notified should the helmet suffer a significant impact. 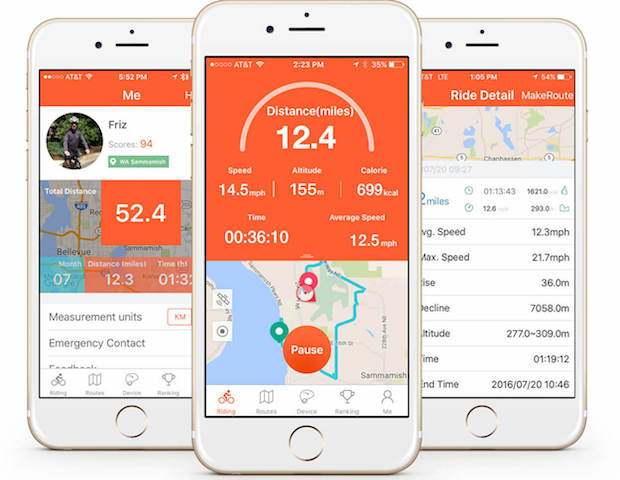 The Smart Cycling Helmet is currently in the crowdfunding phase on Kickstarter. The team at Coros who designed this product had hoped to raise $50,000 to get the device into production, but with well over a month to go before the campaign officially closes, the company has already pulled in more than $108,000. That means the smart helmet can go into production in October and begin shipping to earlybird adopters at that time.

You can currently snag one of these helmets for $120, which is 40% off the expected retail price of $199.99, but contributing to the campaign now.

Find out more at Coros.com and read more cycling gear coverage on our Bike page.