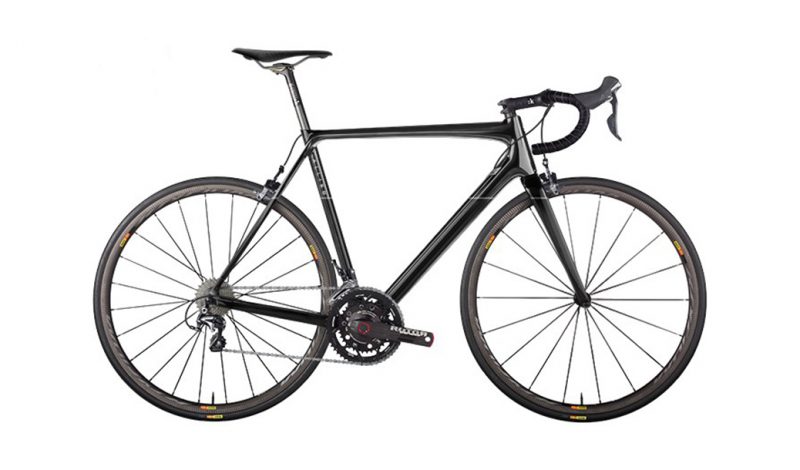 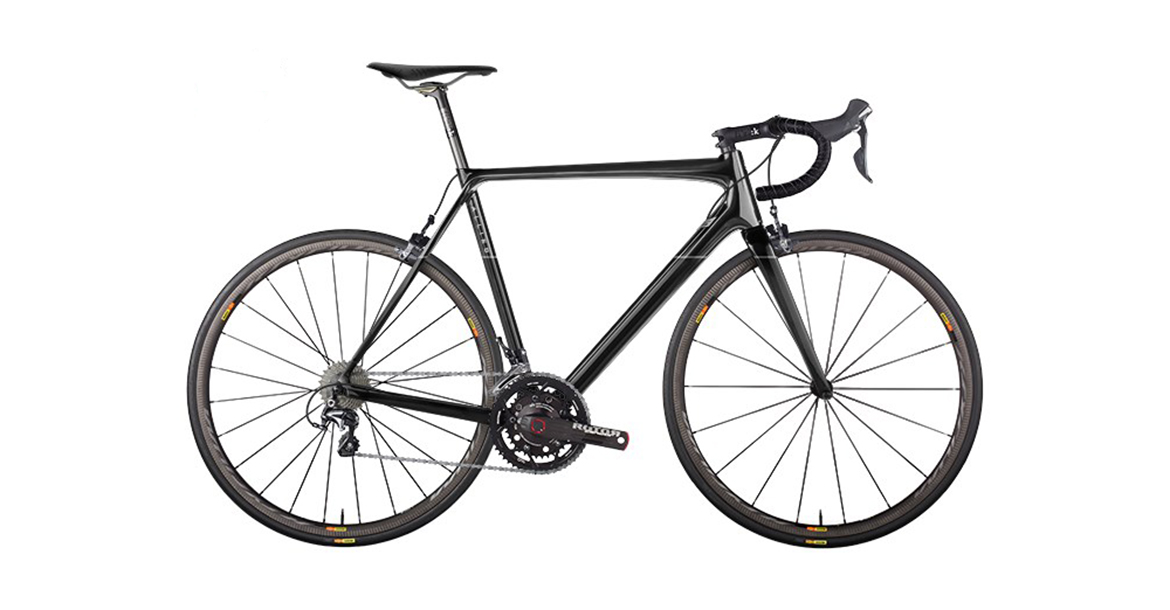 The Alfa, manufactured by Allied Cycle Works, is a fresh new bike made in Little Rock, Arkansas. The full carbon race-ready frame, priced and built to scale, rises above the noise in an industry that has sent big brand manufacturing to Asia—a move that has left the U.S. with producers of metal frame or carbon boutique bikes that cost as much as a kidney. Allied is changing that. 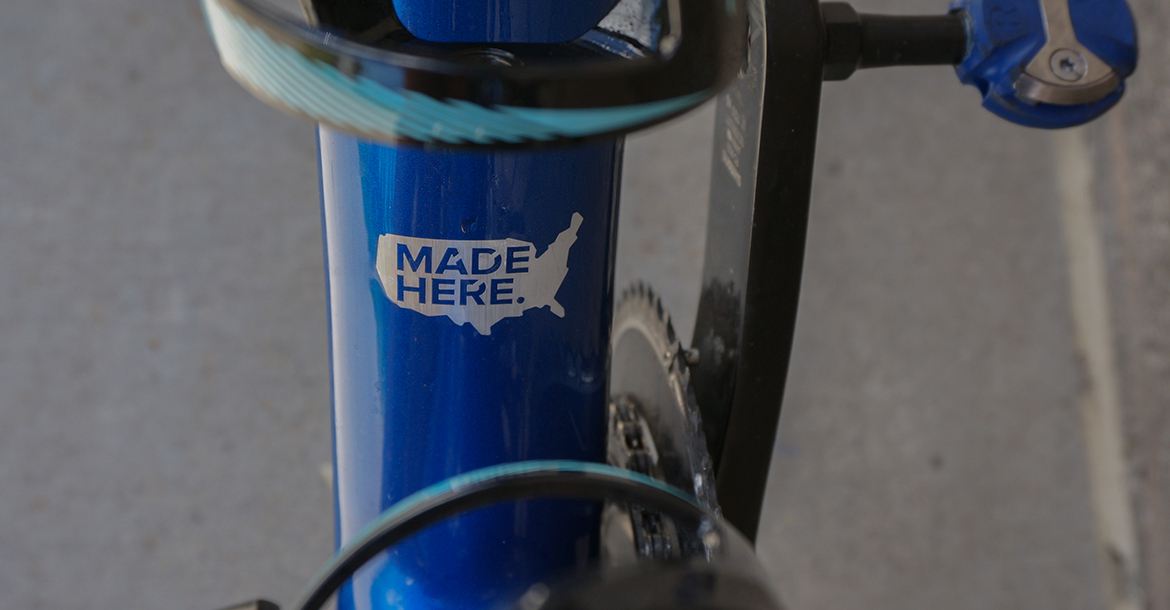 “Tony Karklins [founder of Allied Cycles], always wanted to build what he thought was a better bike, reshoring cycling from the engineering and manufacturing while stimulating jobs and the economy here in Arkansas,” said Dustin Williams, Allied’s Director of Marketing and Technology.

The Alfa, which debuted this past winter, is that bike. At only 875 grams (in a 56cm frame), this racing bicycle competes with the current elite-level road bikes, yet is designed and built in America. It’s a product of Karklins’ longtime experience within the cycling industry and ability to assemble a dream team to fulfill that vision. 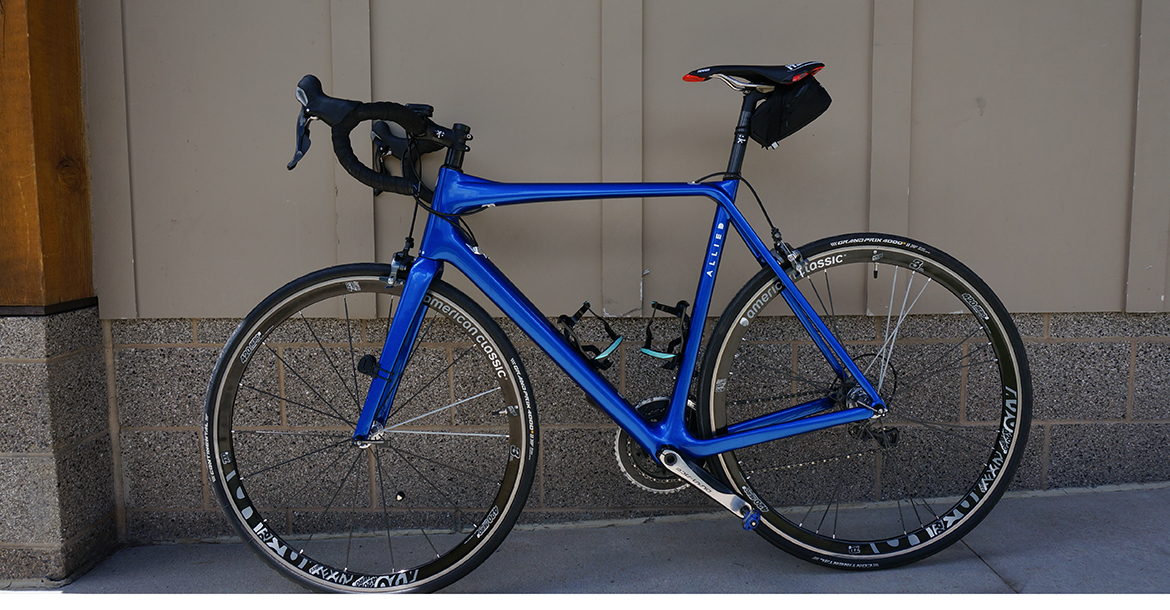 Karklins, who is from Arkansas, has been in the cycling industry for 27 years. Following years in retail, he brought Orbea from Spain, becoming the U.S. Distributor and the North American Managing Director—a move that helped Orbea become the top selling European bike company in the States by 2005. He left Orbea in 2014, with the idea to bring carbon manufacturing to the U.S., which was when Guru, a boutique carbon manufacturer in Montreal, Canada, filed for bankruptcy. 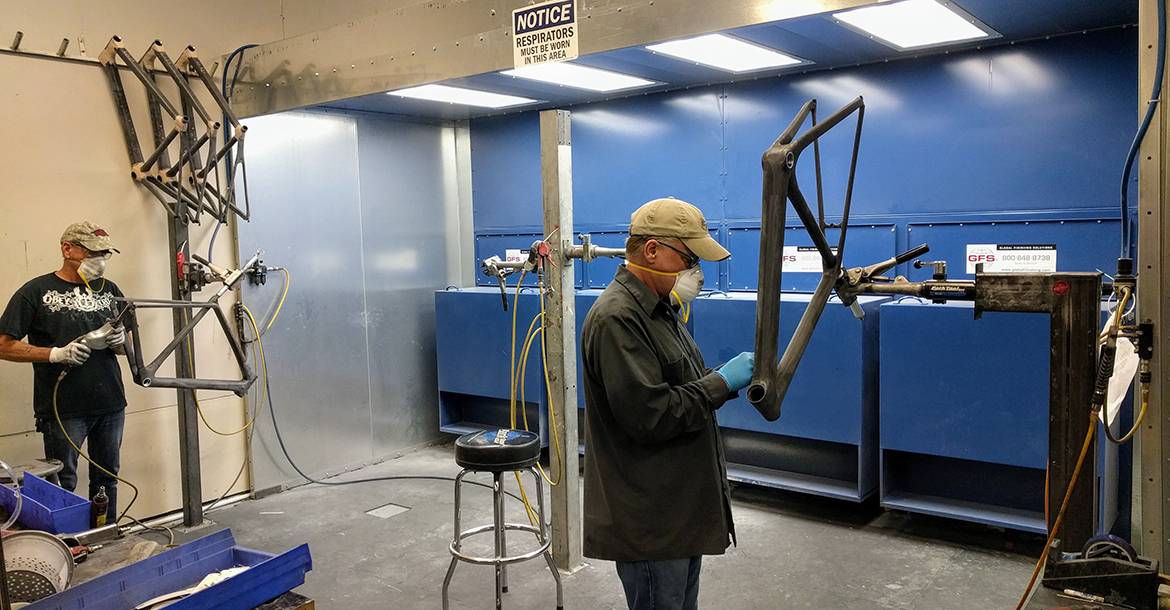 “Tony bid for the entire facility and won the auction,” said Williams. “They shipped everything down to Little Rock, putting it back together here.” Karklins brought along Olivier Lavigeuer, an engineer technician from Guru, and added Sam Pickman and Chris Meertens, engineers and product developers from Specialized, to form the initial Allied team.

After months of engineering, designing, production, and staffing the factory, Allied launched in 2017. The process is incredibly detail oriented, wherein prepreg carbon sheets are specifically aligned and molded into the frame parts, then cured, finished, and painted—the custom nature allows for various color options. 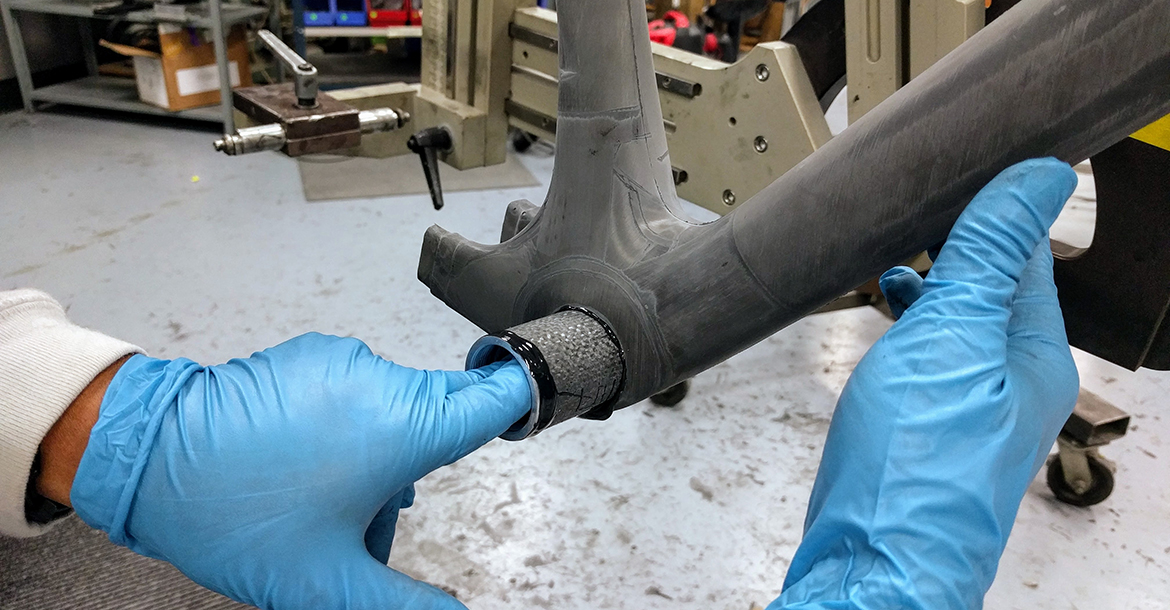 The hype quickly spread regarding American made carbon bikes built to scale—meaning the price isn’t inflated, as is the case with boutique companies that only build a handful of bikes. For example, the Alfa Frame costs $3,000 with the Innegra Carbon Fork while the foreign manufactured Specialized Tarmac is priced slightly higher and also heavier. In the span of a few days post launch, the company already had 150 bikes on backorder.

It took a couple weeks for my bike to arrive after placing my order. During that time I was sent photos of the process—images that only fueled my twitch to get on it. With a 10-year-old aluminum frame coupled with aftermarket carbon clincher wheels, Fizik bars, posts and stems, and a Dura Ace crank with Ultegra drivetrain, I opted to just purchase the Alfa frame and build up the bike myself. Alternatively, Allied can build your ride for you with various components and accessory options. 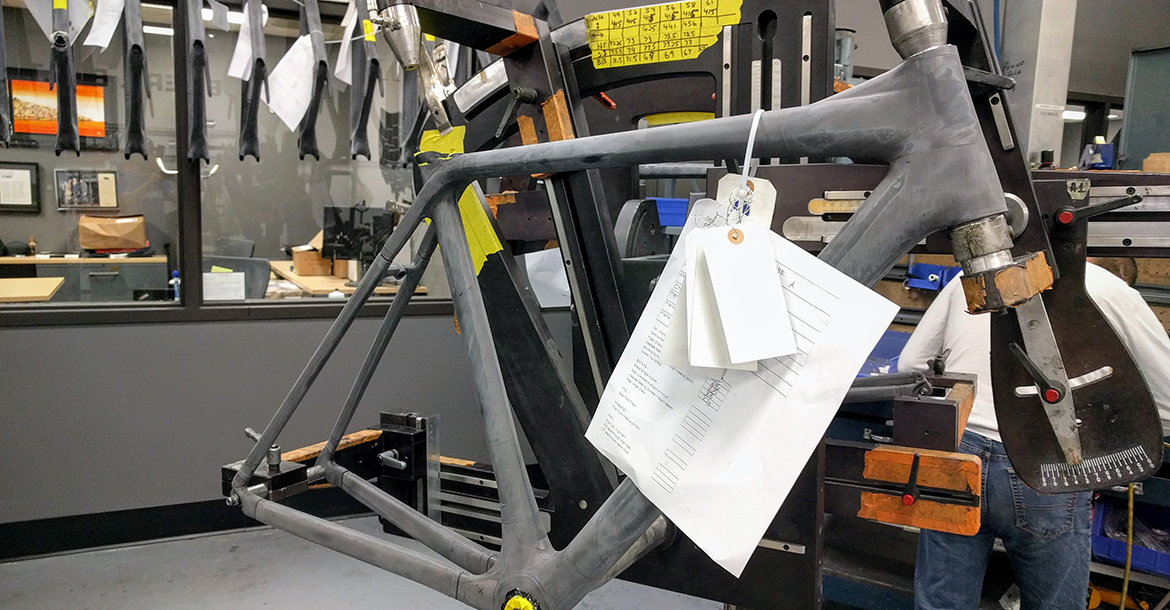 As a skier and former competitive rower, road biking has become my way to stay honest and fit through the summer. However, over the past few years it became quite clear that my addiction to hill climbs would benefit from a better frame. Luckily the Alfa was just that. When the package arrived it was so damn light I wondered if they just shipped me a big empty box.

On the road the Alfa feels light and quick. From the first afternoon ride to becoming fully acquainted to its feel day in and day out, I continue to be blown away with its ability to transfer power as I change cadence and speeds while climbing. The Alfa is stiff yet reactive, and remarkably stable when the winds are howling during a descent down the Wasatch canyons.

The design is clean and caught the attention of a local pro and coach, who applauded its spacing near the drivetrain and wheel wells as well as the ability to fit between sizes. In addition to standard frame sizes, the Alfa comes in plus sizes, which designate a 2cm taller head tube. Furthermore, your bike mechanic will enjoy the ease of the BSA bottom bracket. 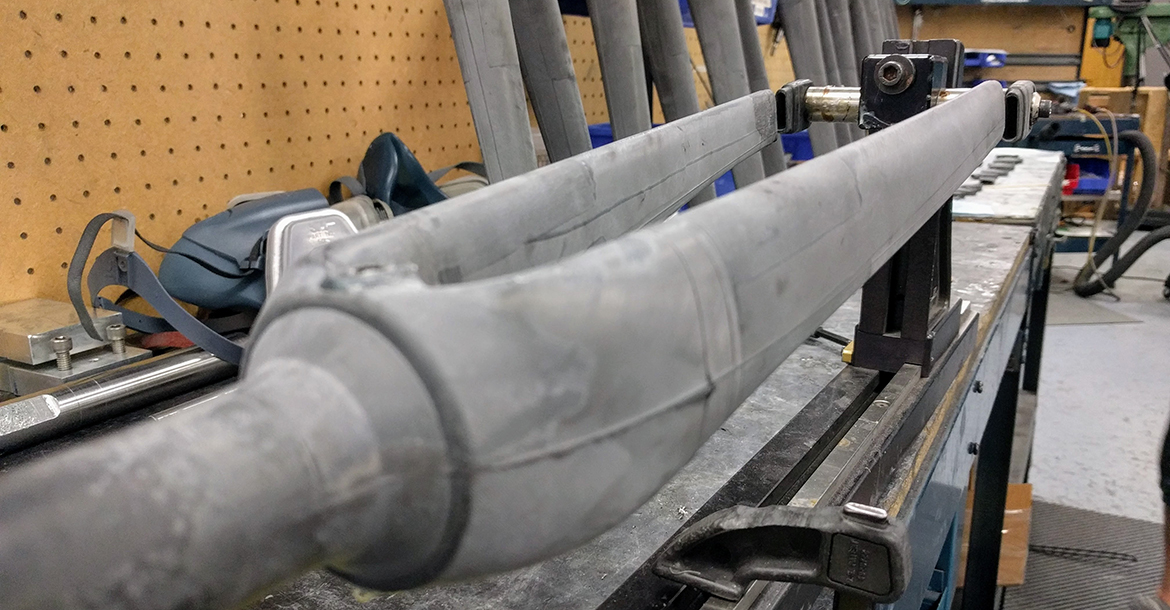 While bred for racing and all-around high performance, the Alfa is one of three bikes now produced by Allied including the ultra-high performance Echo frameset and the recently launched All Road—which brings a new twist on the cross bike definition. They’ve also managed to ramp up production, eliminating the back order delay. Mostly a direct to consumer business via their website, alliedcycleworks.com, they have a couple dozen dealers scattered across the country.

Allied seems to have instantly found a niche, not only producing carbon bikes in the U.S., but making them better than the rest. The ‘Made Here’ emblem on my frame is a proud nod to that. Yet beyond the notion of origin, the Alfa is fast, and my sleek balanced Azzurri blue speed machine makes me excited to jump on the bike every day. At least, until the snow starts flying.