Products With a Purpose: Engel No Shoes Nation Coolers 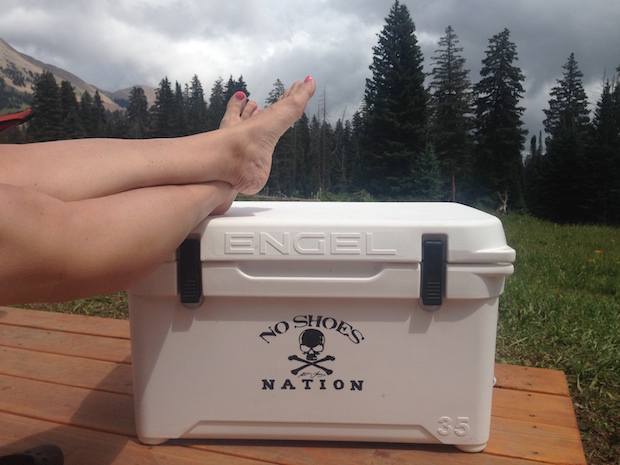 Whether you’re throwing the ultimate tailgating party or just sittin’ on the dock of the bay, keeping things cool while you’re chillin’ has become a true art form all its own. This year, Engle Coolers wants to help you up your game with the release of their new No Shoes Nation line of coolers.

Named after Kenny Chesney’s famed fan club these coolers feature the iconic logo that has come to symbolize island living no matter where you happen to call home. The No Shoes Nation line from Engel pays homage to that philosophy with a collection of coolers and tumblers that are designed to not only keep things cool, but help remind you how important it is to take time out to chill every now and then too. 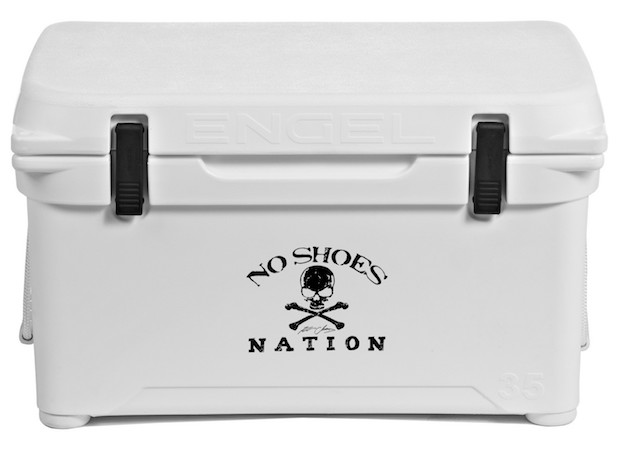 Among the items in the No Shoes Nation collection are several different sizes of Engel’s signature High Performance Coolers. Made from a nearly indestructible roto-molded shell that encases a full 2 inches of insulation, the High Performance Coolers are designed to keep contents cold for up to 10 days. The coolers all feature adjustable rope handles, non-skid feet, and marine-grade latches complete with stainless steel hardware. The lid has a built-in silicon gasket that creates an airtight seal that not only helps keep your food cold, but prevents savory smells from leaking out of the cooler – an especially attractive feature if you happen to be chillin’ in bear country. If the locals bruins do happen to get a whiff of your precious cargo, however, the High Performance Coolers are IGBC Certified Bear Resistant Containers and even feature padlock holes on each corner to make sure no unsavory elements can get their paws on your PBR’s.

One of the coolest things about these amazing ice boxes isn’t how long they can keep your cans cold, however. In keeping with Chesney’s commitment to the health of the world’s ocean ecosystems, Engel is working with the Coastal Conservation Association’s national habitat program, Building Conservation Trust. The company is donating a portion of the sale of all No Shoes Nation products to help build artificial reefs in the Gulf of Mexico and Atlantic Ocean.

Because in the No Shoes Nation, doing good and having a good time seem to go hand in hand.

Need a Headlamp with 2000 Lumens of Light? Led Lenser has You Covered