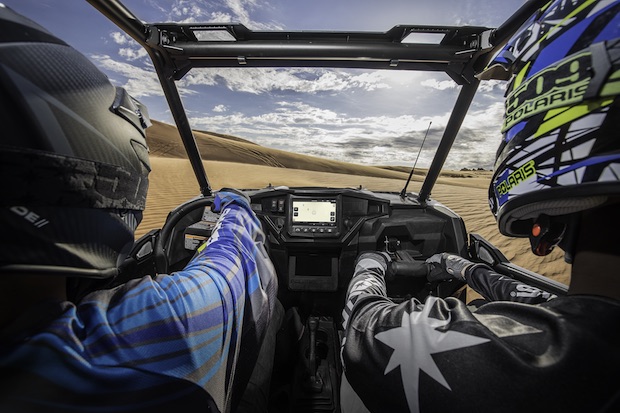 Polaris, the company that makes a popular line of motorcycles, snowmobiles, and ORV’s (off-road vehicles), has revealed a sophisticated new accessory for its RZR line of off-road vehicles that brings a host of new features and functionality that is not unlike the connected systems that are commonly found in the automobile industry. Dubbed the Ride Command system, this new device promises to revolutionize the way off-roaders stay in contact with one another in the backcountry.

As with most other outdoor activities, off-roading is a communal experience. The problem is, it is hard to share that experience when you’re wearing helmets and screaming along a trail at 40+ mph. This is particularly so when everyone is riding in different vehicles. But Ride Command looks to change that by bringing together the features you love on your smartphone, GPS, and GoPro camera into a single unified control center. 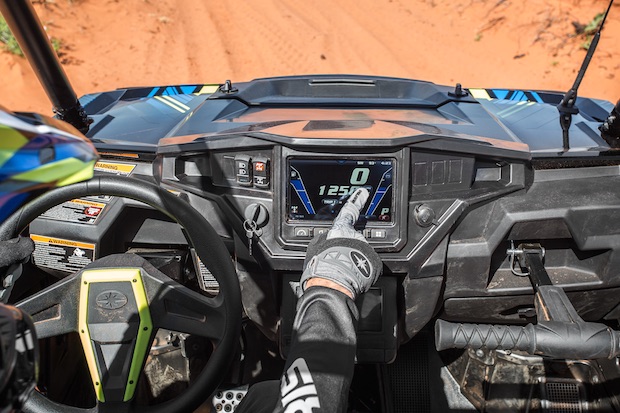 At the heart of Ride Command is a 7-inch weather-resistant touchscreen display that serves as the brains of the operation. The screen, which has been designed for use while wearing gloves, allows riders to control both front and rear cameras to keep an eye on the terrain, watch for upcoming obstacles, and keep track of other vehicles. It also allows users to operate an in-door audio system, playing their favorite music while they go. But best of all, Ride Command functions as a Bluetooth enabled communications device, allowing riders to stay in touch, and track their whereabouts, while on the trail. The system will even connect with your personal GoPro cameras too, allowing you to control them from the screen and capture photos and videos as you ride.

This sophisticated system looks like its a lot of fun to use, and brings some much needed features to the ORV world. It won’t come cheap however as it carries a price tag of $1499.99, while also requiring a $199.99 installation kit. It will also come as a preinstalled option on Palaris’ RZR XP 1000 EPS Velocity Blue Limited Edition model, which runs a cool $20,999.

For more information on Ride Command visit Polaris.com and checkout the video below to see it in action.