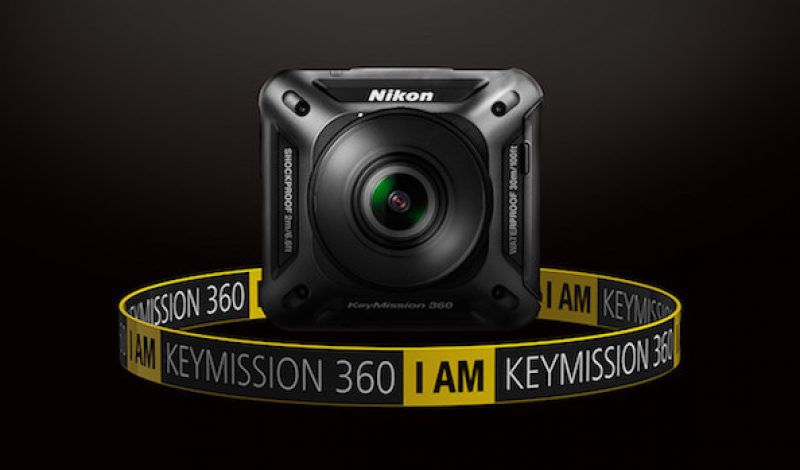 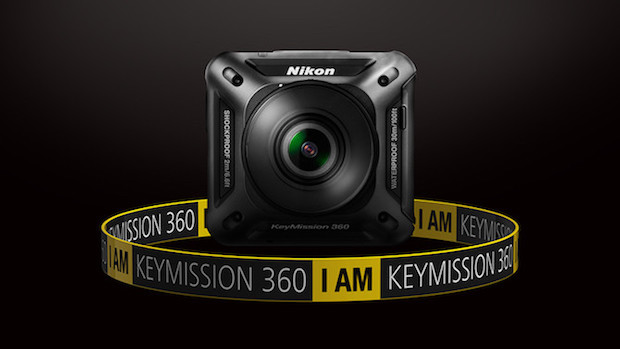 GoPro has dominated the action camera market – which is valued at more than $4 billion annually – almost since its inception. That company pretty much singlehandedly defined the space with its line of Hero cameras over the years, and while there have been more than a few challengers to its crown, none have been a serious contender. But Nikon is hoping to change that with the release of its new KeyMission 360 camera, which looks to leapfrog over the competition by adding some features that could set it up to become the next big thing in adventure and outdoor filmmaking.

At first glance, the KeyMission looks like any number of other actions cams that are already available. It is slightly larger than the GoPro Hero4, although not quite as boxy in its design. Further inspection shows some significant differences between the two devices however, not the least of which is the fact that Nikon’s offering sports two distinct lenses. This double lens approach gives the KeyMission the ability to shoot video in a 360º radius around itself, which very few other action cams can pull off at the moment. 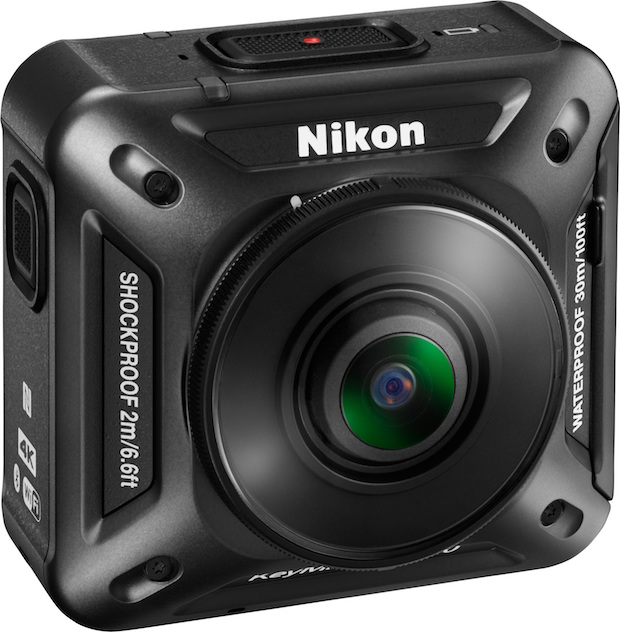 In addition to being able to shoot 360º videos, the KeyMission is also capable of recording that footage at 4k resolutions, which is an impressive feat to say the least. Its dual internal sensors operate independently from one another, but special software collects the images captured by the two lenses and stitches it together to create a seamless experience. All of this happens without the user having to do anything special. They simply shoot and edit their work as they would any other film project.

Other features include both Bluetooth and wireless connectivity, presumably to allow the camera to connect to a smartphone for remote functionality and to share content to social media outlets. The KeyMission has also been built to withstand extreme environments too, as out of the box it is dust and shockproof, as well as resistant to low temperatures. On top of that, the camera is waterproof down to 100 feet without an additional housing and it comes equipped with digital image stabilization technology that helps to improve overall visual quality. 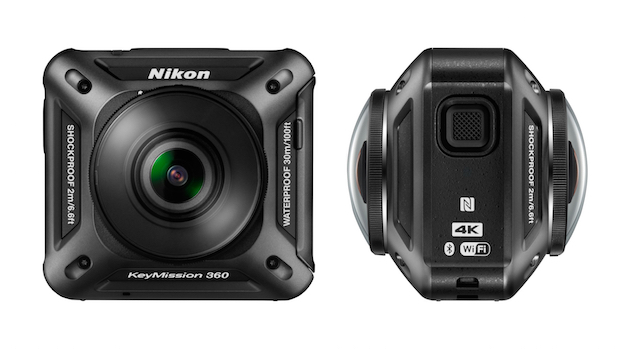 2016 is expected to be the year that virtual reality finally goes mainstream with the release of the Oculus Rift and Sony’s Playstation VR bringing the technology home for the first time. With the arrival of this new form of entertainment, a significant rise in demand for 360º videos is expected to follow. Up until now, it hasn’t been easy to create those types of experiences, and while there are a few other devices that can shoot 360º videos (see our covarge of the Bubl cam), the KeyMission looks like it is poised to take the lead in this category.

Nikon is remaining mum as to when the KeyMission 360 will be available to consumers and just how much it will cost. But saying that it looks like it’ll be an intriguing tool for aspiring filmmakers would be a dramatic understatement.