New Portable Power Station Charges All of Your Gadgets at Once 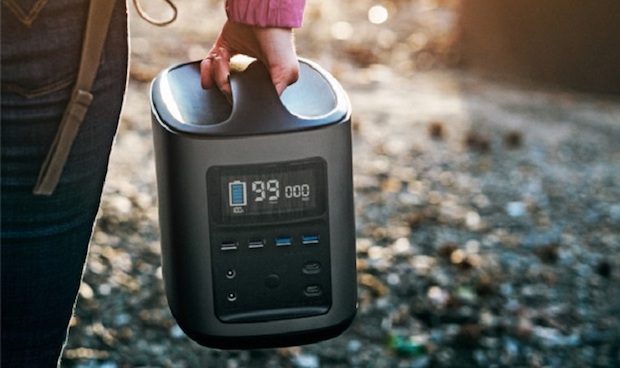 As the need for portable power at the campsite continues to grow, the number of options available to outdoor adventurers increase as well. Earlier in the week we took a look at the new Renogy Phoenix solar generator for example, and now another new battery pack has launched on Indiegogo, bringing a host of interesting new features along with it.

The River Portable Power Station from EcoFlow was built to compete directly with similar options from Goal Zero and EnerPlex. It features a 500-watt battery that is capable of recharging via AC and DC outlets, as well as an optional solar panel. That’s enough juice to power a smartphone more than 30 times, or keep a small refirgerator running for as much as 10 hours. The portable generator is also waterproof, can function in a temperature range of -4º to 140ºF, and weighs just 11 pounds. 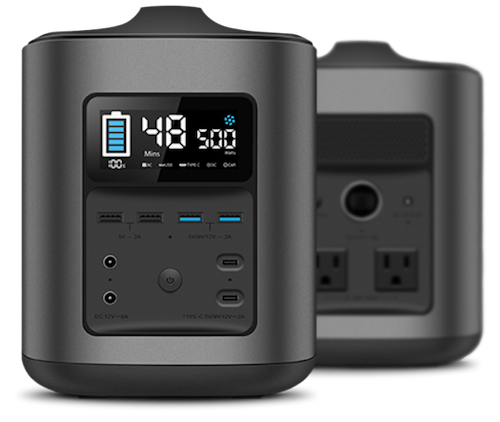 One of the best features of the River is the large number of charging ports that allow users to power up multiple gadgets at the same time. The power station has a whopping 11 outlets in total, including 2 USB-C ports, 2 standard AC outlets, 2 DC outputs, a 12V car port, and 4 fast-charging USB-C ports. That means you can charge multiple smartphones, tablets, and cameras, while still being able to plug in a laptop and a drone too.

Additionally, EcoFlow says that the River is equipped with new battery technology that allows it to not only recharge quickly, but also hold that charge for over a year. Most other portable generators begin to loose their stored power after just a few months and need to be taken out of storage and recharged from time to time. The device has built-in surge protection and special circuitry designed to protect our gadgets from overheating too, and a built-in LCD screen allows users to monitor power consumption very closely. 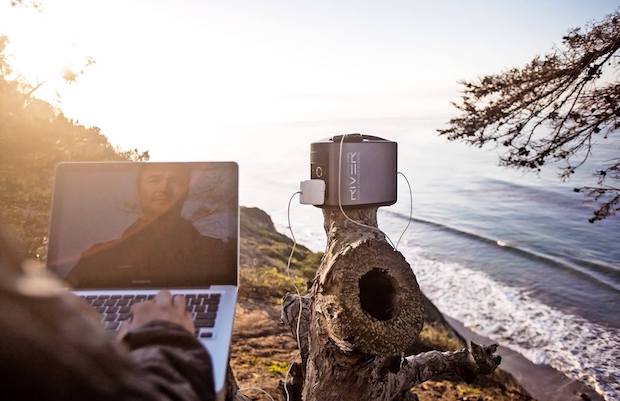 As mentioned, the River has launched on Indiegogo, and EcoFlow set a goal of raising $30,000 to turn its prototypes into production models. The crowdfunding campiagn easily surpassed that mark in its first day, and as of this writing it is quickly closing in on the $170,000 mark. That means that EcoFlow is now on track to begin delivering the power station in July of this year. The retail prive of the unit is expected to be $699, although early bird supporters can reserve one for as low as $499.

We hope to get our hands on a test model to check out the River for ourselves. In the meantime, you can find out more by visiting EcoFlow.com or the Indigegogo page.