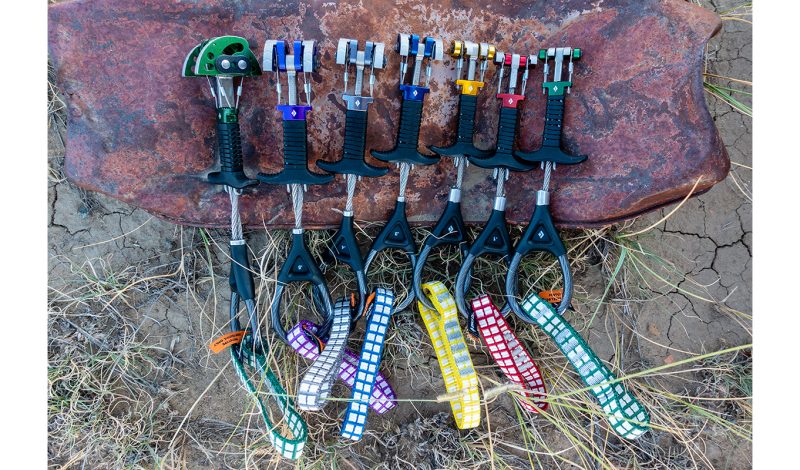 Spring-loaded camming devices (SLCDs) have steadily improved since Ray Jardine’s initial designs in the 1970s. Jardine used four cam lobes shaped like logarithmic spirals found in nature with a 13.75° constant angle, allowing uniform contact with the rock regardless of the position within the cam’s range. A confidant of Jardine named Mark Vallance started Wild Country in the U.K. to start commercially producing the SLCD’s in 1977, naming the devices “Friends” in 1977.

Advancements in SLCDs since the original Friends include flexible stems, triple cam units, smaller sizes, and the continual strive for lighter weights. The progress continues in 2020; here are a few developments in camming units coming from Black Diamond Equipment, Wild Country and Metolius, all set to release in Spring of 2020. 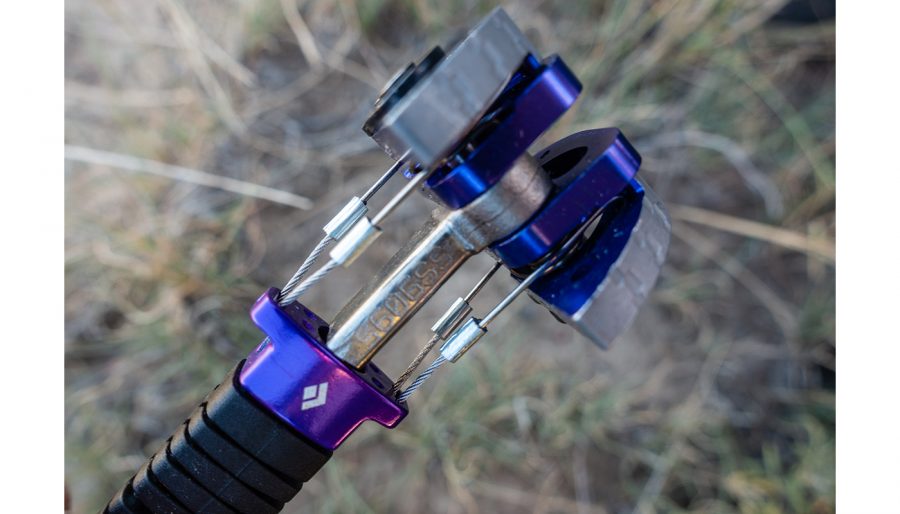 Black Diamond Camalots seem to be the bread and butter of trad racks. Although all Camalots have enjoyed updates, the new Z4 Camalot is a completely different beast. Black Diamond engineers have created stems that become more rigid during placement, then revert to being more flexible when the trigger is released, lessening the chances of walking out. 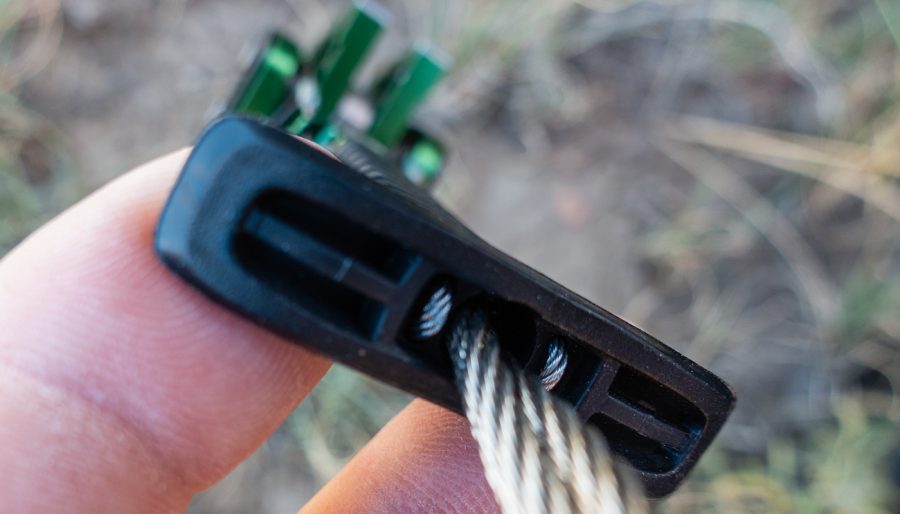 The black plastic sheath on the stem of Z4’s hides the patented RigidFlex stem design that allows the stiff vs. flexible dichotomy. When the climber pulls the trigger, two wires that run the majority of the stem length tighten up under tension, creating rigidity. When the trigger is released, these wires lose the tension to allow flex. 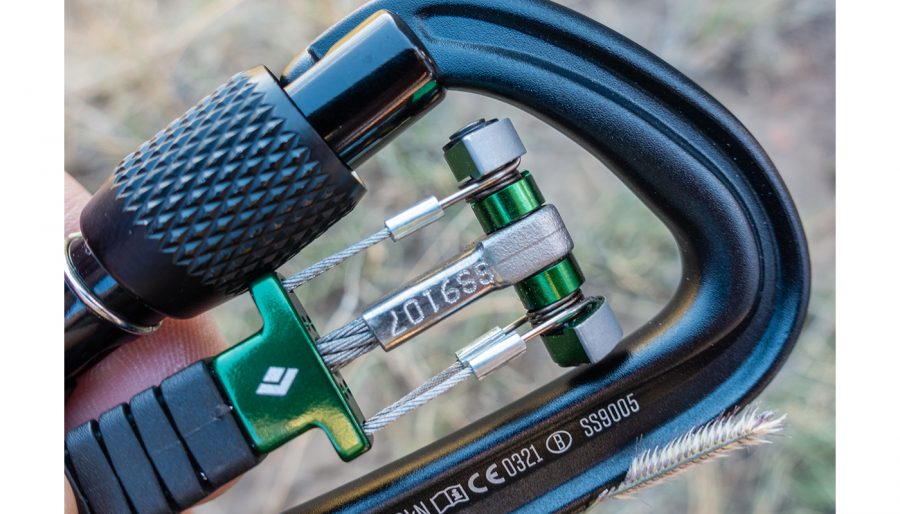 The Camalot Z4s house four cam lobes within the same head width as the triple cam C3s. Additionally, the cam lobe outer surfaces are sandblasted to increase slip resistance. Dynex slings with colorways different from other Camalots round out the Z4s.

I have a test set of Z4 Camalots and both the RigidFlex and OmniFlex seem to function as designed upon preliminary inspections. 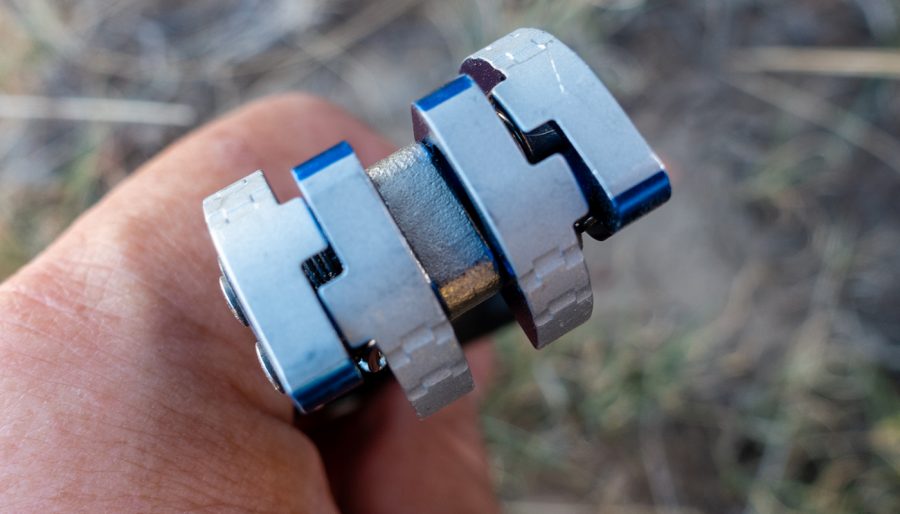 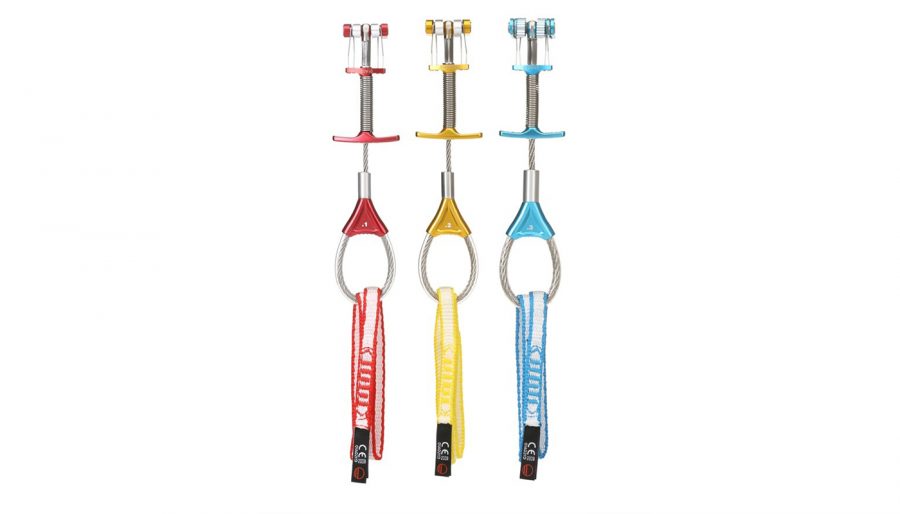 The first company to offer SLCD’s continues to fine-tune its Friends lineup. The new four-lobe Zero Friends are sized for narrow cracks in 0.1 to 0.75 sizes and offer very narrow heads. The 0.1 and 0.2 cams boast a cam head width of only 27.9 mm, while the larger sizes come it at only 29.2 mm. A metal spring houses the steel cable stem for protection, rigidity for placement, but also the ability to bend under opposing forces. The Zero Friends are finished off with an extendable Dyneema sewn sling.

A surprising design element of the new Zero Friends is a departure from the 13.75° constant cam angle; the new angle of 17.6 degrees is claimed by Wild Country to be optimal for narrow placements, offering a wider range for the smaller cam sizes.

Wild Country will offer the new Zero Friends individually or in sets of three. MSRP will be $80 each.

Metolius will be updating some models of cams for 2020 but the brand is being tight-lipped about their future offerings. We will report on the new Metolius units as soon as details become available.