Mountain Guides Design Their Own Apparel 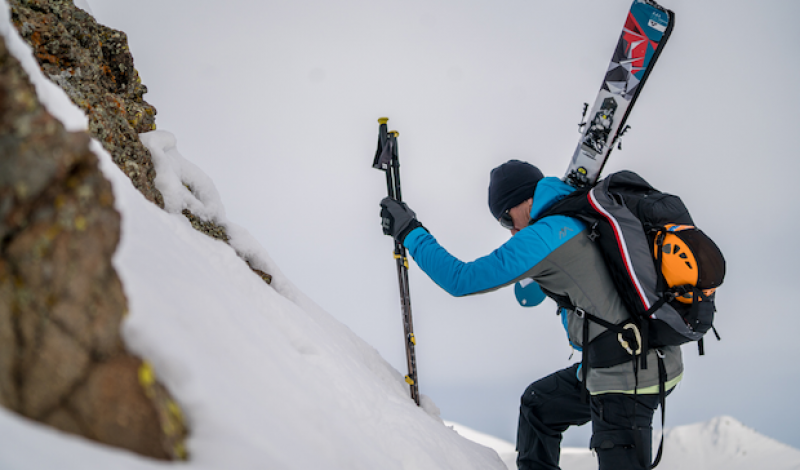 MtnLogic, the new mountain apparel venture headed up by Peter Whittaker, released 19 total styles this month, categorizing their offerings as “Wick,” “Insulate,” and “Protect.” These products are only available direct to the consumer and the Whittaker Mountaineering store, employing textiles from Polartec, Primaloft and Toyota fabrics. Rainier Mountaineering Inc. (RMI) guides—60 of them—partake in all steps of design, testing, and validation, and produced impressive numbers for the just released items: In a 12-month timeline, 7,000+ pieces of apparel covered 1.2 million vertical feet of climbing.

The reality of selling outdoor goods translates to design constraints enforced by market pressures. The design team traditionally must absorb demands of the merchant, competitive pricing, and trends, compromise becoming standard issue. MtnLogic sidesteps these threats, designing to address guide and client need first and foremost. Pricing and other market driven factors aren’t a consideration to the working guides in the field, whose livelihood and safety (and client safety) depends heavily on their gear, the exact people driving the product development. The process is also quick with the 60 RMI guides doing fast work of accumulating real-world prototype testing time. Every item carries a “100k Promise,” coined when the guides realized at least 100,000 feet of human-powered climbing were the minimum required to validate that piece. The direct to consumer model ultimately adds freedoms as well, the retail margin no longer a factor in final pricing. 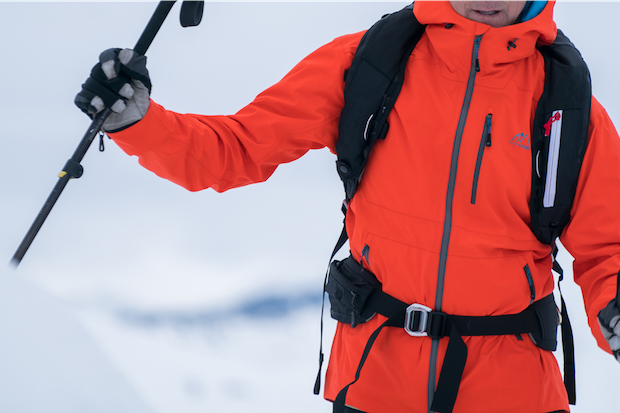 In a phone interview with Peter Whittaker, the past frustrations of designing gear in the traditional market driven matter were obvious. MtnLogic gives Peter and his guides liberty to design around their needs, creating truly functional gear based on the namesake “mountain logic.” Quoting Gary Smith, Polartec CEO: “What sets this process apart is the combination of best-in-class fabrics from Polartec and a design process where need dictates product. MtnLogic was developed by guides to first solve their apparel problems, with commercial considerations secondary. It shows how a product-first approach with Polartec can enable the most authentic product creation.”

Peter Whittaker brings a long history and family legacy of spending time in the mountains. He summited Rainier in 1971 at age 12 and made his first trip to Everest in 1984 with his father, Lou Whittaker, as part of the first Amercian ascent of the North Face. Peter then created his international guide service, Summits Adventure Travel in 1985, outfitting and guiding over 250 trips. He followed in his family’s gear industry boot steps, consulting brands such as Marmot, and eventually opened Whittaker Mountaineering, a retail specialty store. He also partnered with Mountain Hardwear, bringing them on board as RMI’s sponsor and the primary partner of Whittaker Mountaineering. 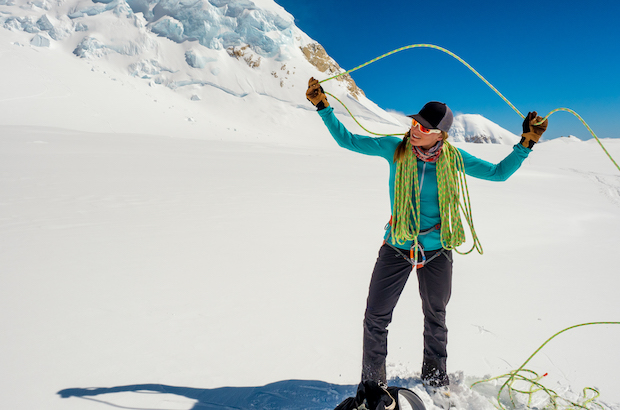 Peter’s gear design work escalated to new levels beginning in 2000, starting with Buck Knives, producing a specialty line of 24 products. Between 2002 and 2007, collaborations with Mountain Hardwear, JanSport, and Timberland ensued, with industry awards earned with Buck Knives and JanSport. In 2008, “the big one” formed as Peter started a new relationship with Eddie Bauer to build mountaineering gear, nothing going to market without his approval. Two years were spent designing and testing the gear with a select group of RMI guides, culminating with validating all products on Everest and releasing the “First Ascent” line in 2009. Peter continued to work with Eddie Bauer/First Ascent until 2015, and in April of 2016, joined forces with Polartec to launch MtnLogic, bringing all his experience into developing “Alpine Workwear.” mtnlogic.com