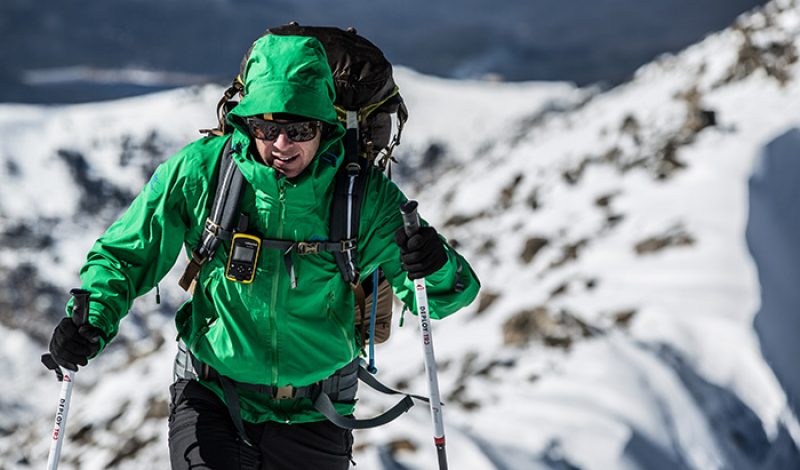 It was a grueling and emotional journey from Ellesmere Island to the geographic North Pole for American explorers Eric Larsen and Ryan Waters. In addition to long days of shuttling 300+ pound sleds and navigating through the ice fields of the arctic Larsen and Waters kept the world up to date on their progress through their exciting and sometimes emotional audio updates and blog posts.

Close encounters with polar bears, accounts of white-out conditions along with accidental and sometimes unavoidable plunges into the arctic waters were just part of the story they told as they made their 53 day journey north. The preparation, grit and perseverance necessary to accomplish the first unaided trek to the pole in four years (and perhaps the last ever) became more and more evident with each morning’s audio report on ericlarsenexplore.com.

In an age dominated by motorized travel, whether by airplane, car, snowmobile – perhaps it is the purest of outdoorsmen who set out on the ice armed with snowshoes, skis and sleds to find out how far, fast or long they can go using only the gear they can carry themselves.

Larsen and Waters did not solely set out to complete the land-to-pole trek, but also to highlight the beauty and fragility of one of the last great frozen landscapes (or seascapes) on the planet. The reality of climate change and its vast implications are a chief concern of Larsen’s:

“I have seen firsthand the effects of global warming on the Arctic pack ice,” Larsen said. “The statistics are undeniable: over the past seven years, the Arctic Ocean has seen a steady and significant reduction of sea ice and is becoming significantly less stable with each passing year.” Larsen continued, “Right now, a major initiative for the Climate Reality Project is to rally citizens to support the EPA’s proposed rule to limit carbon pollution from new power plants. My goal is to rally everyone I can reach to get behind this movement and support legislation that helps ensure a cleaner, safer, and healthier future.”

The Last North expedition was sponsored by DeLorme and Mountain Safety Research.