Know Brainer, The Thinker’s Creamer: Your Gateway to Happy and Healthy Prolonged Energy 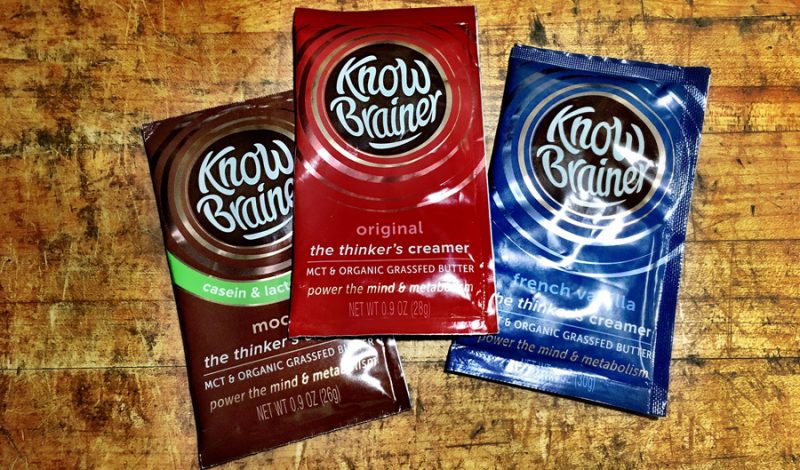 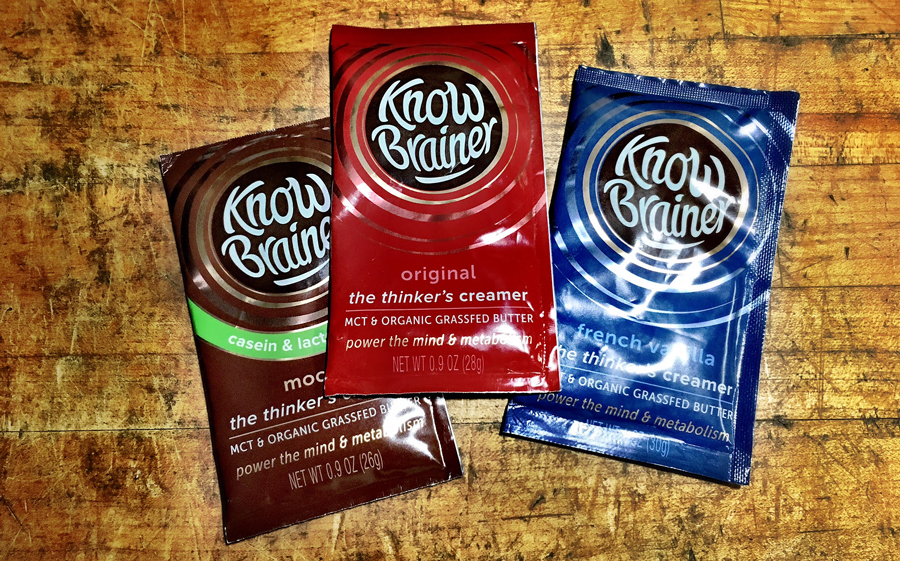 Bulletproof Coffee is the street name for an advanced form of coffee that is blended with unsalted butter and MCT, or coconut oil. It’s gained in popularity over the past few as it gives you the caffeine boost of a regular cup of coffee with prolonged effects in energy, mental acuity, and it supports ketosis, which is the process in which your body burns fat instead of carbs. In the right dosage, this stuff has the ability to get you through your day without any lag and drag – and keep you on top of your game both physically and mentally. If you take too much, however, you could turn into a big ball of jittery rage with so much cached energy that you won’t sleep.

Recently, I was given the opportunity to try Know Brainer, The Thinker’s Creamer, which is a premixed, portion-controlled packet containing organic grassfed clarified butter and MCT oil that you mix into your coffee to create “Bulletproof Coffee”. Available in 6 variants, 3 of which are lactose free, Know Brainer mixes into your coffee and moves in to your system slower than standard caffeinated coffee, but has longer lasting effects; none of which are overbearing. So, don’t think of this stuff as some sort of alternative “energy drink” mix or stir in – between the MCT oil and the butter you’re getting a solid dose of vitamins, prolonged energy, and allowing your body to metabolize resources more efficiently. What’s more – there’s no crash and this stuff tastes delicious.

Right before I sat down to write this article, a wave of positive energy and clarity came over me and has stuck around for the past few hours without any adverse effects. Usually if I get this high off of a cup of coffee there’s a bout of jitters and maybe a quick trip to the bathroom attached to the sensation, but as of right now – after drinking an 8oz cup of coffee infused with Know Brainer, I feel like I’ve just taken a low dose of Ritalin. I don’t feel excited or overwhelmed; I feel balanced, enthusiastic, and prepared to take on the day. And though I can actually “feel” all of this moving through my body, it’s not like I have a bunch of cached energy where I get scattered and start organizing my bookshelves while I’m cleaning the cat litter and dusting the shelves while vacuuming. To steal a line from my own vocabulary – I feel “dialed in”.

If you’re someone who generally relies on a cup of coffee to get through the day or maybe even as your pre-work out mix, I would suggest you give Know Brainer a try. It allows you to stick to the coffee you love to brew and because it’s premixed there’s no extraneous preparation or off-chance of taking too much and getting a little too tuned-in. Furthermore, the fact that Know Brainer’s effects last longer than a standard cup of joe, is filled with vitamins, and enhances natural processes your body needs to function like an active, fine-tuned machine just makes it all that more desirable.

Easy to make at camp, easy on the stomach, and good for you; Know Brainer, The Thinker’s Creamer can be ordered in packs of nine or eighteen through Know Brainer’s Website. They come out to be around $2 a packet, but it’s still cheaper and easier than buying a jug of MCT Oil or buying and melting sticks of butter (which still kind of weirds me out).