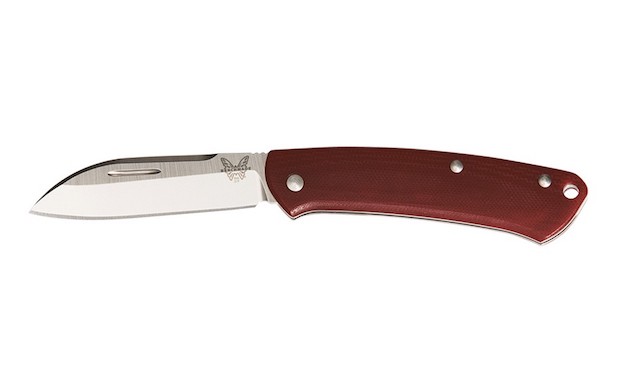 As society moves towards a world without knives and pocket tools, more and more manufacturers are looking for ways to get their products into our pockets in more places. One type of knife that has always been under the microscope – in terms of legal carry – has been the folding knife. More specifically, it’s the type of folding knife that can be quickly deployed with one hand with a blade that locks into place.

One company that is well known for knives like this is Benchmade, whose one-hand opening, Axis-lock knives are ranked amongst the best and most desirable folding pocketknives in the industry. Their Griptilian series has been a fan favorite amongst hikers, kayakers, climbers, and the like for years based on its durability, ease of use, and aforementioned locking mechanism. In short, the bread and butter of Benchmade is their locking folding knives and though the scrutiny around these blades hasn’t deterred them in the least, they’re addressing the situation by launching a modern take on a classic knife style that is legal in more places than than most of its past offerings. 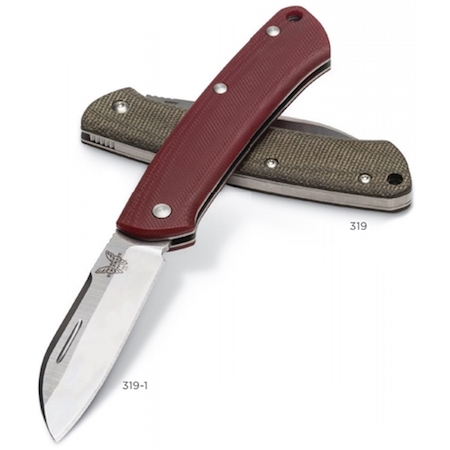 Available now, the Benchmade 319-1 “Proper” is a simple gentleman’s slip joint knife with a 2.86” premium CPM-S30V Sheepsfoot blade and Micarta handles. Slip joint mechanisms, most commonly found in Swiss Army Knives, force the user into using two hands to open the blade and holds it in place using a detent in the blade itself, along with a piece of spring steel. When these two bits interact, the blade will stay in place up until a certain amount of force is put against it. So, technically speaking, a slip joint does lock the blade, but allows it to slip out with minimal pressure. The thought is that a mechanism like this makes the knife not only slower to deploy, but also will force the blade shut if you try and stab with it. Before all these modern knife makers started one upping each other with lock mechanisms, slip joints were the industry standard.

I’ve long been a fan of slip joint blades, which can be just as awesome to look at as they are to use. They aren’t workhorses designed to do everything for you, but they do a lot more than people expect them to do, while also reminding us of a simpler time when knives like this were used for whittling and utility. This type of blade fades away into your pocket until you need them, which is generally a situation where speed isn’t really of the essence. 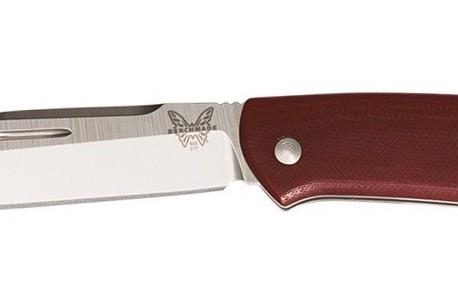 In short, they’re what pocketknives were originally designed to be and seeing Benchmade come out with the 319-1 – utilizing premium materials no less – is a real treat. I’m already planning out my lanyard for it. I guess I’ll just have to go order one up.