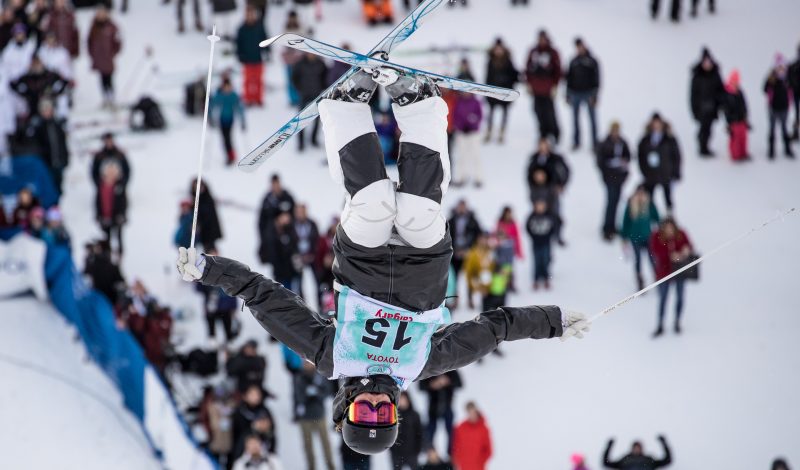 Hannah Kearney, USA’s 2010 Olympic champion moguls skier, gave attendees some insight into the needs of an athlete at the Olympic level as well as the considerations and collaboration that is integral to producing a uniform that allows the athletes to perform at their best.

“If you’re wet and cold, you’re unlikely to ski your best. And it’s all about minimizing the things that have any influence on something going wrong,” said Kearney. She went on to say; “to have a uniform, and a uniform sponsor that acknowledges that [athletes] could compete in -20 degree weather, sunny weather, windy weather, and rainy weather really allows the athletes to feel confident.”

Tremendous advances have come out of the collaboration with Olympic athletes. Back in 2010 Columbia Sportswear first introduced Omni-Heat in the Canadian freestyle ski uniforms. That technology — first developed for a few elite skiers — is now used by millions of people around the globe in everything from jackets and pants to gloves, hats and base layers.

These new uniforms incorporate other Columbia technologies such as Outdry Extreme, a permanent waterproof/breathable membrane that’s part of the outermost layer of the garments, and flexible, nearly invisible, Lightrail zippers.

Athletes were also able to collaborate on custom graphics and logos that celebrate their country’s individual character. Below you’ll see the USA moguls uniforms contain an eagle emblem incorporated directly into the Omni-Heat reflective of the jacket lining.

Keep an out while you watch the upcoming Olympics for these high-tech uniforms on the mountain and the podium.