Gifts For the Climber Who Has Everything 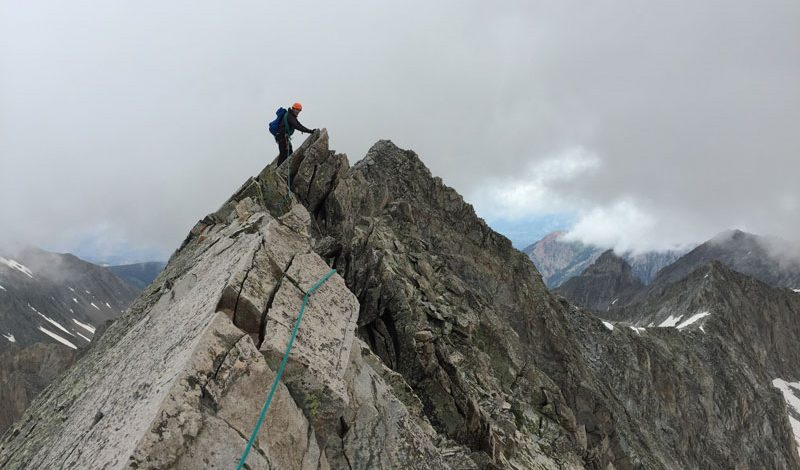 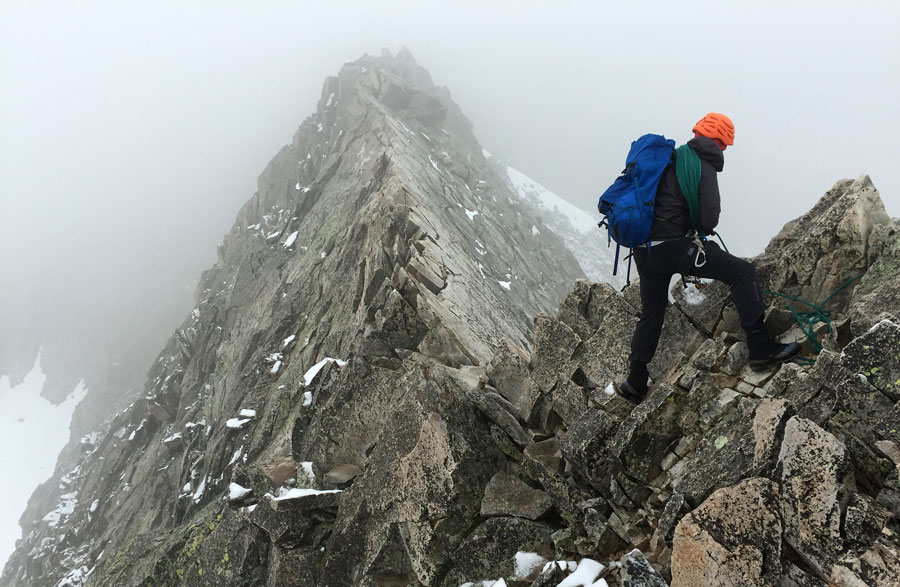 Christmas is here and you are probably facing the question: what do you buy the climber who has everything? As an avid climber and guide, there’s a lot of gear in my garage, and not much that doesn’t make it on my rack. But that begs the question, what can you buy for the climber who seems to have everything? Here’s our list of a few things to consider for that gear whore climber in your life.

New belay devices are often the talk of the gear world and this year Trango introduced the Vergo ($89.95). This assisted-braking device shares the look and feel of the previous Cinch but is redesigned in several ways to improve performance. The Vergo is designed to feed rope horizontally in a manner that is intended to be more shoulder friendly than other belay devices. This design also makes it super easy to feed rope, as evidenced by the ease at which my 7 year old could use the device compared to the difficulty she has normally. The Vergo also excels while belaying a second climber on multi-pitch. Rope doesn’t slip like many other assisted-braking devices yet it holds falls securely and the design makes it near-impossible for the rock to contact the release lever and keep it from catching. Although technically not an auto-locking, hands-free device, the Vergo offers security and performance and should be considered a top-notch belay device.

Cams are a work of art to any proper self-respecting trad climber and DMM’s newly redesigned Dragon Cams ($69.95-84.95) are a piece of gear to cherish. Color coded anodization of the cam lobes with matching slings make identification easy. The slings are doubled so you can clip both to keep it short or unclip one and pull and you can quickly extend the sling to help reduce friction and drag while climbing past. While some cam companies have sought to shed weight on their latest cams, the Dragons were redesigned to make them more secure. They ditched the anodization on the load bearing surface of the cam lobes and increased the surface area of the contact points to increase the holding power of the cam when placed. Then, to top it off, the contact points on the lobe were sharpened instead of rounded to create, according to DMM, more a secure placement, particularly in sharp rock. Most importantly, for a proper trad climber these cams would be a welcome addition to any rock due to their performance and versatility.

Unless you’re a rope fanatic you probably have a hard time ponying up the money to buy a super skinny cord. Often people see them as specialized ropes without much broad function for regular climbing. The Metolius Monster 8.9 mm rope ($299) challenges that notion, with great handling characteristics and rugged construction that is built to last. The Monster has impressed me with how rugged a tiny cord less than 9 mm can be. I’ve used and abused this rope on ice climbs, desert towers and sharp granite and it’s holding up like a champ. And it’s feather light and easy to pack!

Every time I pull out these sleek locking carabiners from Edelrid, people are drawn to them and immediately start handling the trick Slide locking mechanism. The HMS Strike Slider ($19.95) is a handy tool for belaying and for looking pro by whipping out smooth one-handed clove hitches or munters, and I’ve also really taken to the Pure Slide lockers ($17.95) that are handy for making locking quickdraws and alpine draws. With their light weight it’s easy to justify bringing them along and I regularly carry one of each to add extra security on runout terrain or making quick belay point or rappel extensions.

Chalk bags rarely differ much. They might have cool patterns or lightweight materials or a little pocket for your keys, but the Mammut Multi-pitch Chalk Bag ($39.95) offers something truly different. Mammut’s creation offers a variety of pockets and attachments that allow climbers to take a small rain jacket, phone and a couple of snacks on their next streamlined multi-pitch adventure. While this chalk bag may not be the first choice in bags for a new climber, it offers something different for that climber who has everything.

Got a route developer in the family? If so, they will be sure to appreciate ClimbTech’s Removable Anchor ($68.95). They’ve been around for a while but the old versions were jokingly referred to as “fixed anchors” instead of being removable. These updated versions feature a collar that when tapped with a hammer or nut tool will release the spoons that provide grip in a drilled hole. Rated to 12 kN, they provide plenty of security for route developers looking for a temporary anchor while cleaning a route, sussing out bolt placements or particularly when bolting on lead.

Guidebooks get climbers out to the crags but they also find a cozy spot on any climber’s coffee table. Whether the climber you have in mind already has trip planned to one of these destinations is irrelevant as any of the colorful pages and enticing stories found in the following books would entertain for hours.

Fixed Pin Publishing is a recent entry into the producer of beautiful guidebooks and their Rocky Mountain National Park guidebook ($39.95) by Richard Rossiter doesn’t disappoint. Beautiful color photos and hand-drawn topos of 3rd class to hard 5th class routes in this alpine climbing destination provides plenty to lust after for any climber who likes to get away from the road a bit and into the mountains. Making a pilgrimage to Yosemite has long been the rite of passage for climbers worldwide and Erik Sloan’s recent Rock Climbing Yosemite Valley ($36) is a beautiful piece of work with detailed descriptions and topos for 750 of the best free climbing routes in Yosemite. From single pitch cragging routes to short introductory multi-pitch routes to the big free routes on formations like El Capitan, this book provides plenty for climbing pilgrims to aspire to. Whether you want to prepare for that first trip or just drool over the topo for The Nose, this book belongs in any climber’s home. 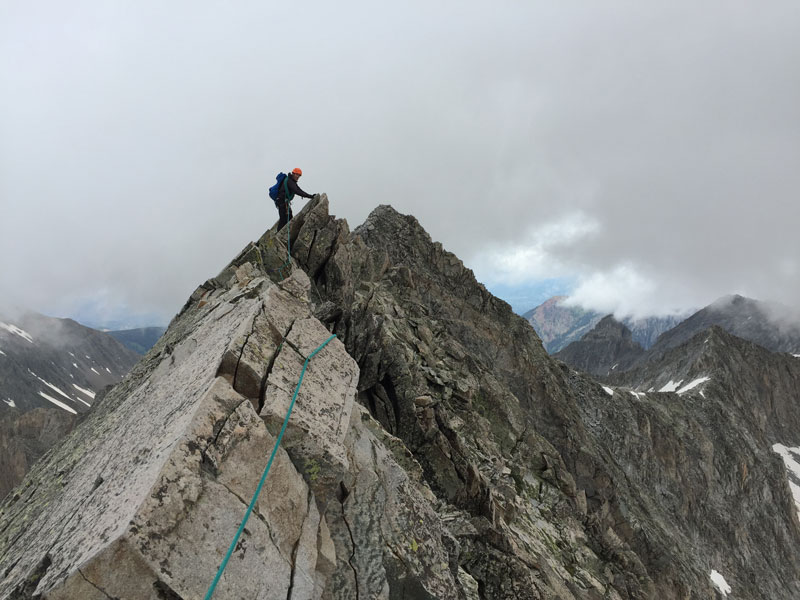 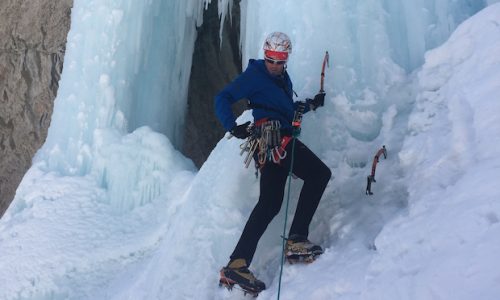 5 Ways to Screw Up Your Climbing Helmet 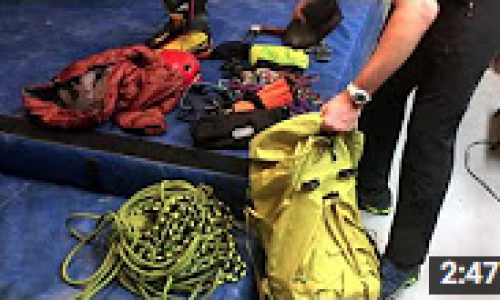 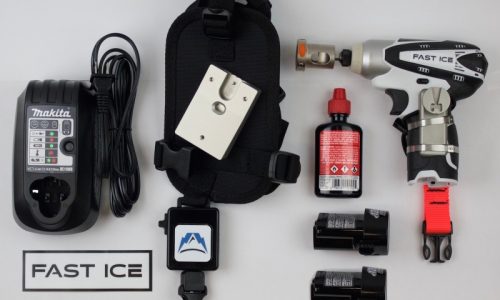