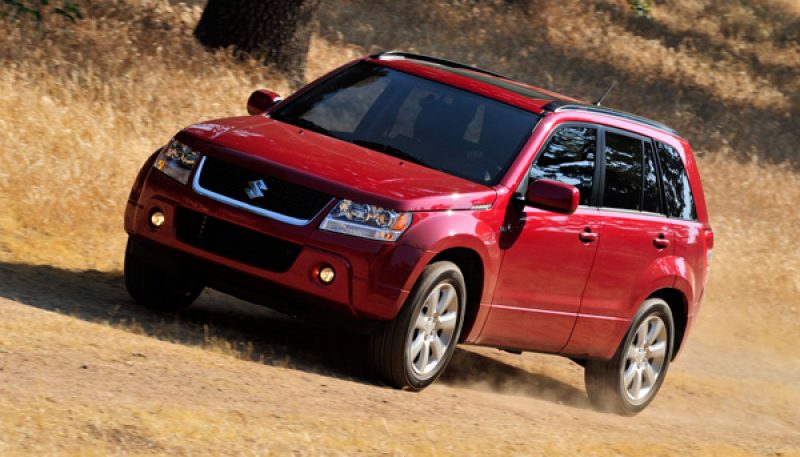 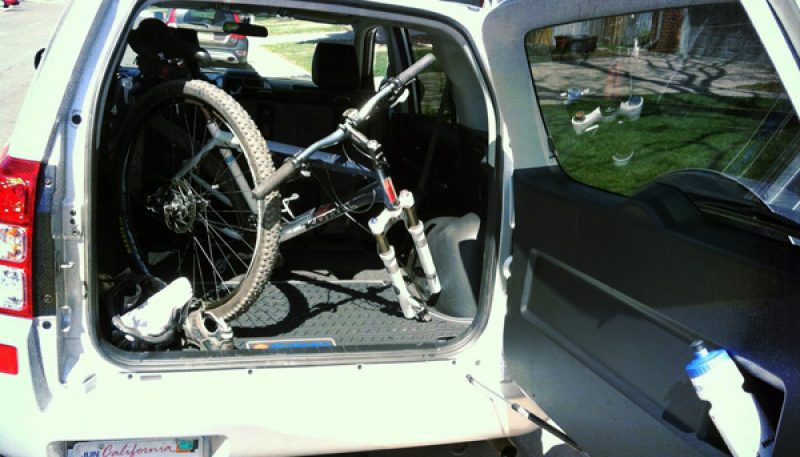 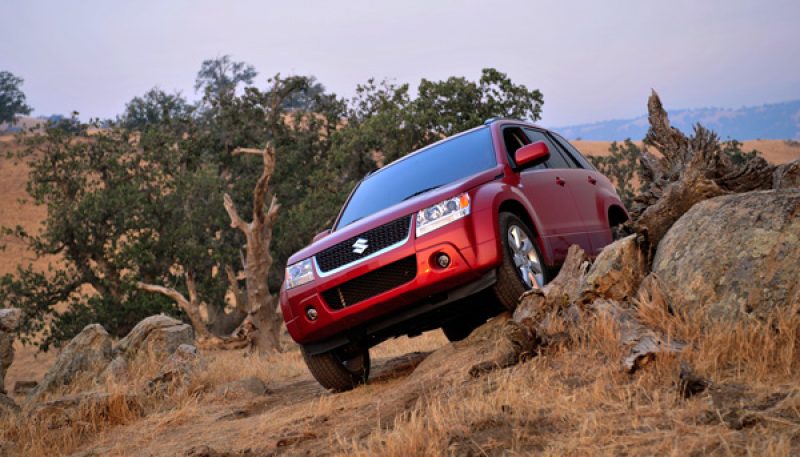 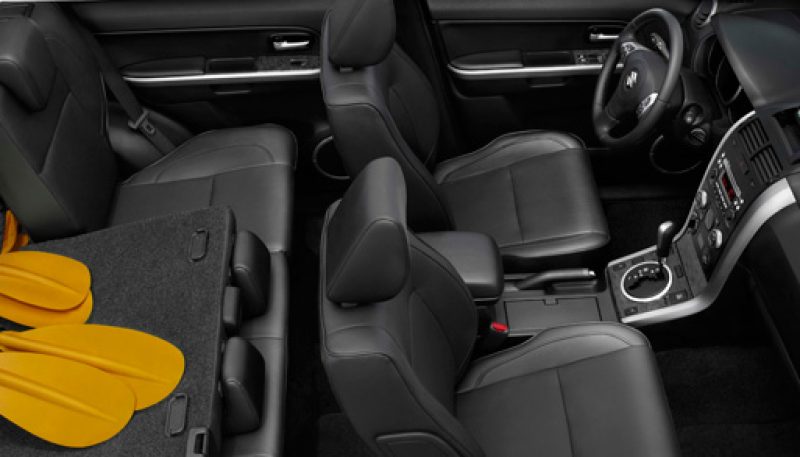 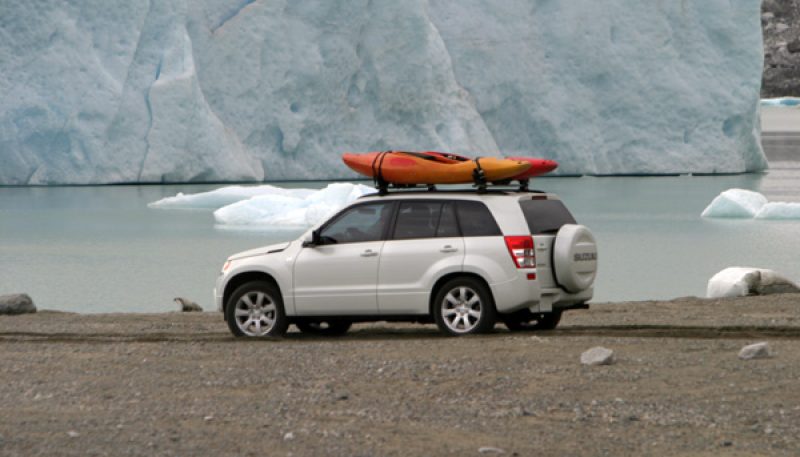 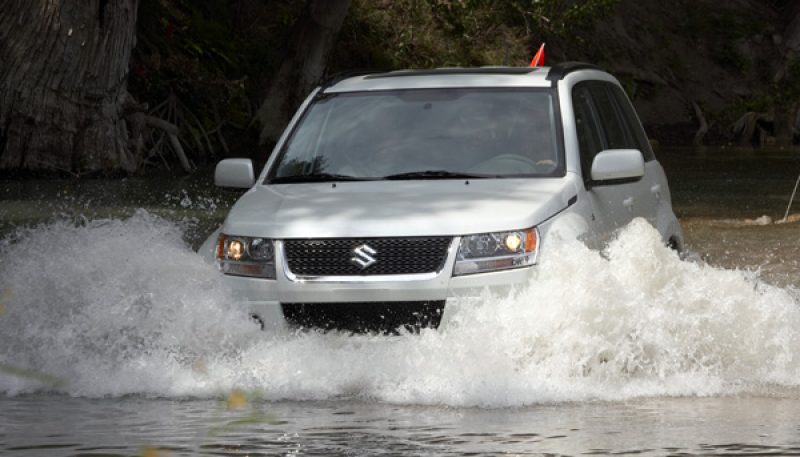 Those looking for a plucky off-roader for under $25k that can get the snot beat out of it have an alternative to a Jeep.

Parked in my driveway, the 2012 Suzuki Grand Vitara “Ultimate Adventure Edition” didn’t look like a burly off-road machine. But once I got behind the wheel and took it out on the road, I immediately sensed that this mid-sized SUV was ready for dirt. Its stiff suspension, bare-bones interior and functional seats reminded me more of a Jeep Wrangler than one of today’s citified SUVs. And like Jeep, that off-road vibe speaks to Suzuki’s heritage—the first time I ever saw a Suzuki was deep in the Colorado Rockies in 1979. It was a tiny little 4WD truck making its way miles past where Jeeps dared to tread.

I wasn’t able to tackle any double track with my time in this new Suzuki, but I could tell on the few dirt roads I found that this SUV thinks dirt first, tarmac second. To boost owners’ peace of mind, Suzuki offers one of the best warranties I’ve ever seen: a 100,000-mile/7-year powertrain warranty with no deductible. And it’s fully transferrable to anyone else who owns the vehicle.

Pokey meets Pluck
Because of the Grand Vitara’s 4WD focus, it doesn’t rely on a massive engine to move it along. It knows full well that its 2.4-liter, 4-cyl. engine with a piddling 166 horsepower is plenty when you’re bouncing over a boulder field at 2 mph. The downside to this feature is that engine has to work hard to keep up with the minivans plowing down the interstate at 80 mph. This Suzuki is no cross-continental road-tripper. My 22-combined city/hwy mpg over 91.2 miles of driving confirms that as well.

But in mountain towns or seaside villages, the Suzuki’s small engine works just fine—it makes more sense than driving a 350-plus hp luxury SUV around town at 30 mph.

Interior
The utilitarian interior was actually refreshing compared to the over-stuffed, over-tech’d interiors that are the norm these days. Spilling sand, dirt, mud, coffee or any other adventure detritus is no big deal with the Suzuki. Just vacuum it up, wipe it down, and you’re done. If there’s a smudge or stain, it’s no big deal.

As far as cargo room goes, the Grand Vitara is adequate, although it was difficult to stuff my mountain bike inside. The SUV is not long enough to lay my bike flat and the rear seats don’t fold up tight enough to fit more than one rig. If you’re a cyclist, you’ll want to throw your wheels on a roof rack. Same goes for skiers. I also had issues with the rear door, which swings out wide to the right when opening. If you’re parked horizontally on an incline, the door has a tendency to swing shut on its own. Twice it slammed into my bike and myself as I was trying to load my bike in the back at a trailhead.

One cool feature was the navigation system: Pop a cover on the dash and up rises a portable Garmin unit that snaps into a holder/power supply. You can detach it and take it with you on the trail or a ride—or loan it to another driver, as it’ll run on its rechargeable battery. It’s a clever idea that allows Suzuki owners to bypass the instantly outdated dedicated nav systems locked into the dashboards and upgrade the Garmin whenever they want.