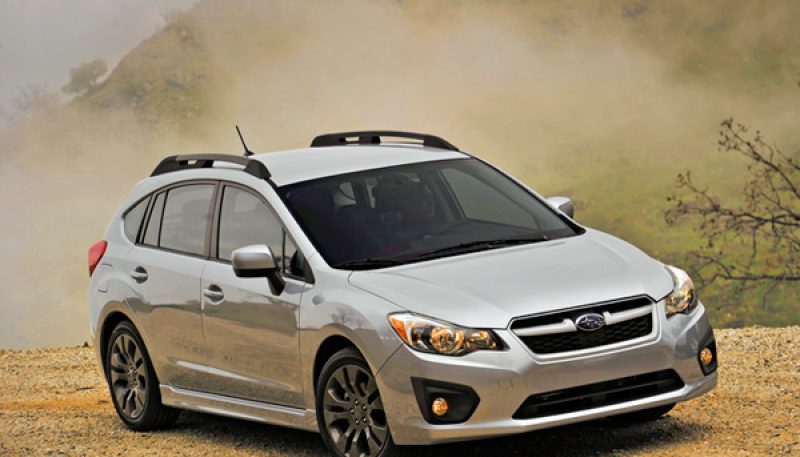 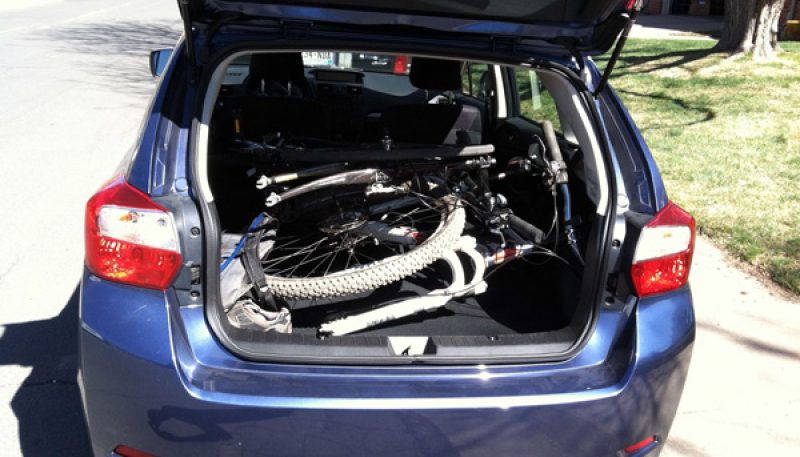 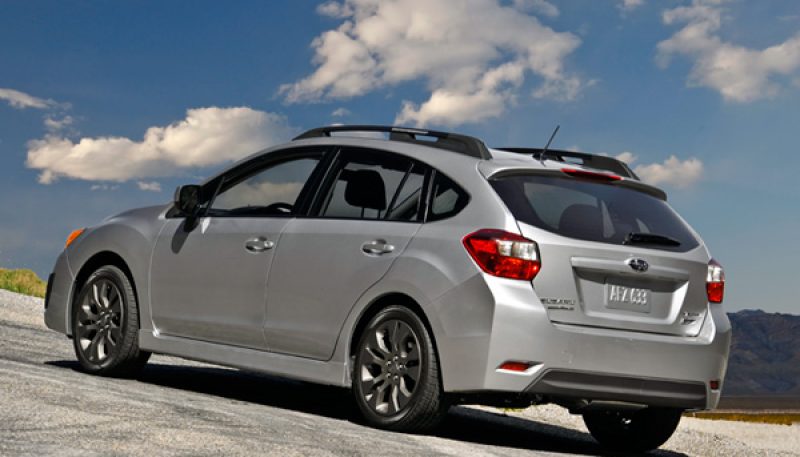 Fantastic value, Subaru safety and AWD, room for 4 adults, and not enough power to get into trouble = your kid’s first car.

I’ve long considered small Subaru hatchbacks to be fun cars to drive thanks to their boxer engines that pump out gobs of torque relative to their size and Sube’s ubiquitous all-wheel drive drivetrains, but the new 2012 Impreza Sport surprised me with its functionality and fuel-sipping ways. It also surprised me by being sadly underpowered with a smallish 2.0-liter engine putting out 148 hp and, even with a stick shift, not the undercover rocket I expected.

But then I realized that these attributes make it a great first car for teenagers or people taking to the road for the first time. With only 148 horses available, it’s hard to drive like an idiot, and if you do, Sube’s AWD, traction control, and legendary structural integrity are likely going to prevent you from paying a price for your mistakes (Your insurance company and anyone you hit will think otherwise.).

The Interior
For a compact car, the Impreza makes the most of its interior space. I could easily fit a 29er mountain bike and a 700cc town bike in the rear compartment after I folded down the rear seats. There are bigger SUVs and wagons that I’ve checked out that can’t do this with the grace of the Impreza.

With the seats up, I had a pleasant amount of rear legroom and arm room although the headroom was a little tight. There was a seat belt for the center passenger, but I wouldn’t use it. Trying to stuff more than four adults into the Impreza would kill the buzz over how much room everyone’s enjoying. It would also weigh the vehicle down so much as to make the engine’s oomph feel on par with a lawn mower’s.

Putt-Putt Performance
About that oomph: The biggest selling point with this Impreza is that it delivers AWD and 33-plus mpg on the highway for less than $22k. As such it sets a benchmark and consequently earned my first “10” rating for value. To pull this off, Subaru tuned the Impreza’s engine for fuel economy, not performance.

I had heard that the automatic transmission option produced a lifeless car, and I was disappointed to find out that the same can be said about the 5-speed stick shift. Downshifting to pass on the freeway and moving my shift points to 5,000 rpm didn’t produce much pluck from the boxer engine. There was no “zipping in and out of traffic” with this car. But, some of that I’ll chalk up to pilot error, as I could never truly find the point where the clutch pedal and gear engaged like butter, even after a week of daily driving.

But, I was duly blown away to see the car’s mpg calculator spit out “34.2,” my average mpg over 374 miles of mostly highway driving, usually with three passengers inside—I’d never seen better than 26 mpg out of a Subaru before. In the stop-and-go grind of the city, though, this euphoria evaporated quickly as the car’s mpg average sank into the high teens/low 20s. It’s something to consider if you plan on making this car an everyday commuter. In short: road-tripper/trailhead driver = Yes; inner-city commuter = No.