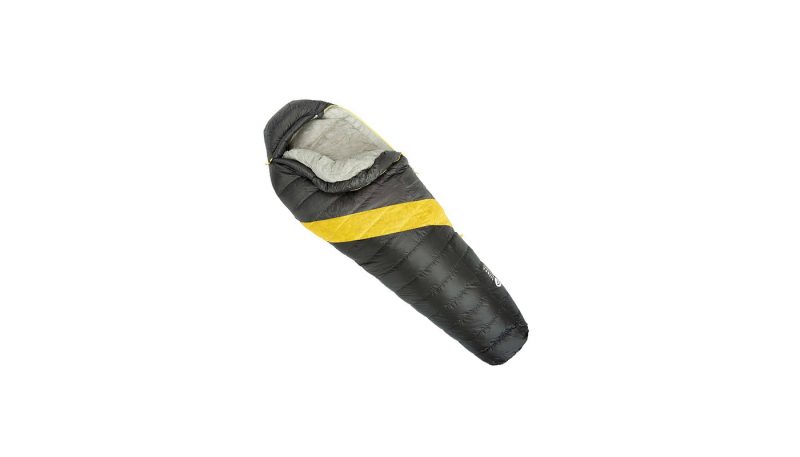 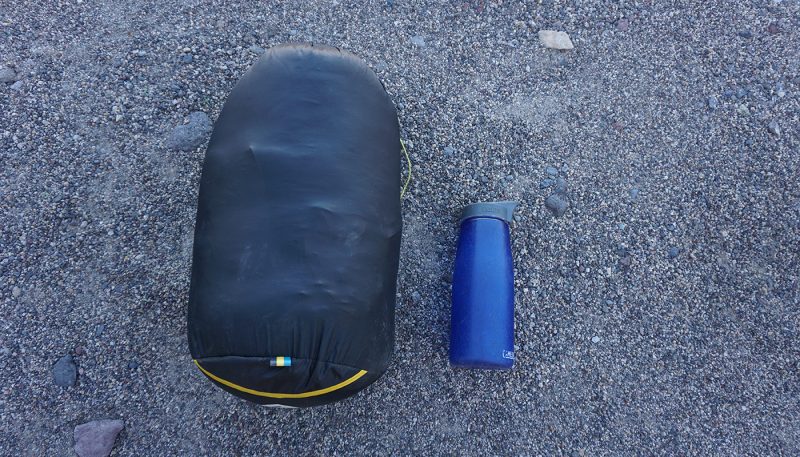 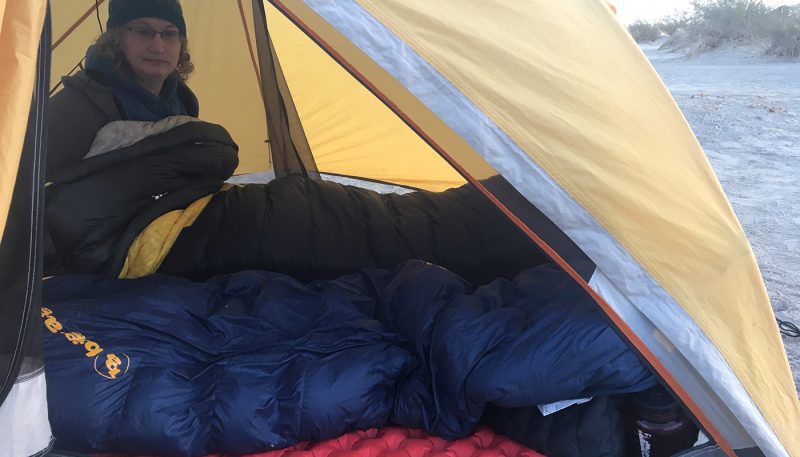 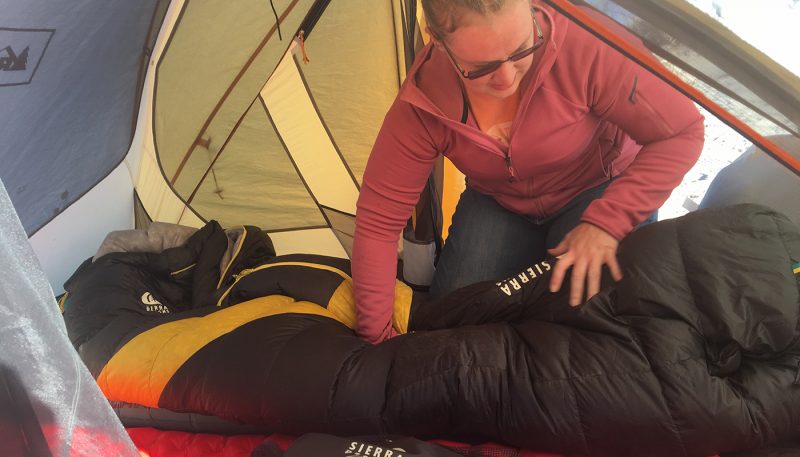 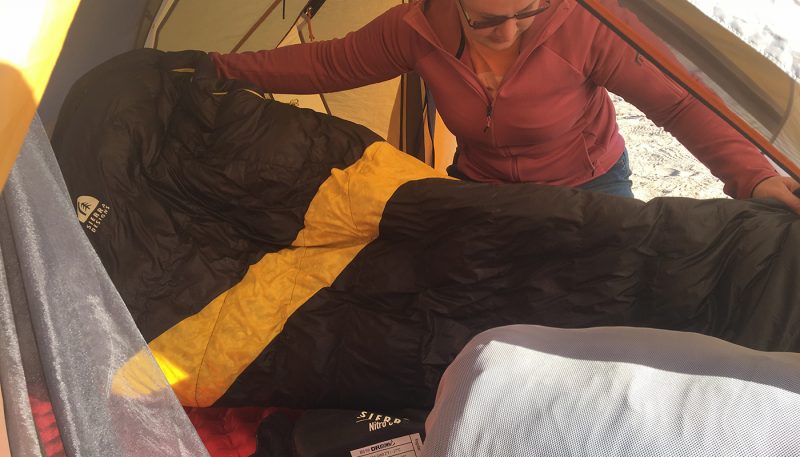 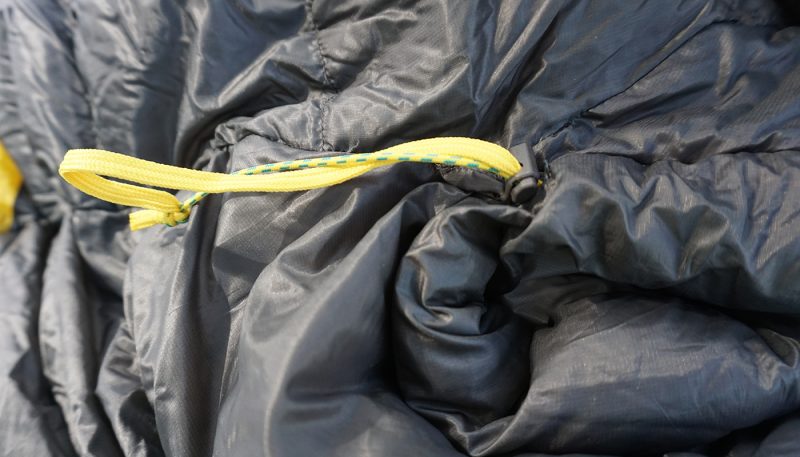 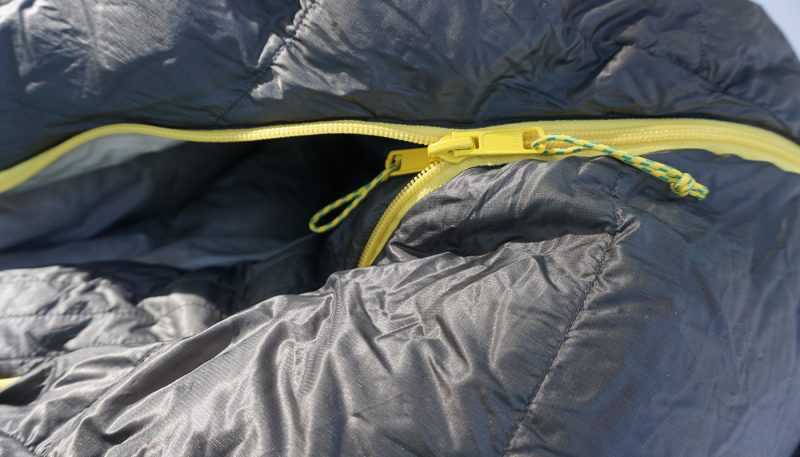 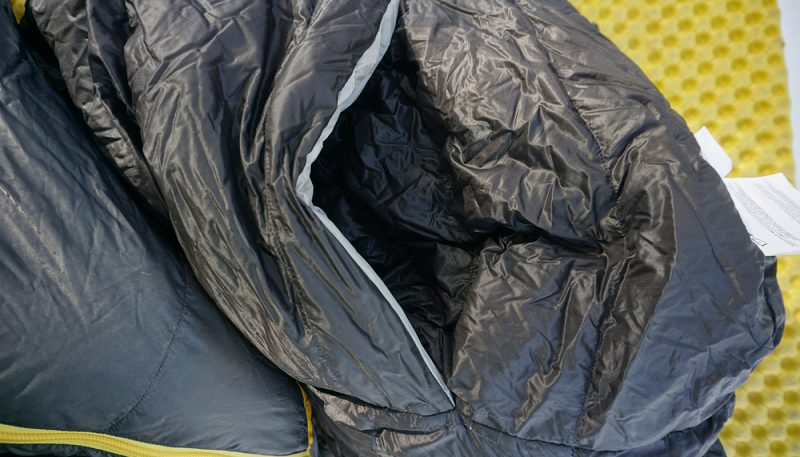 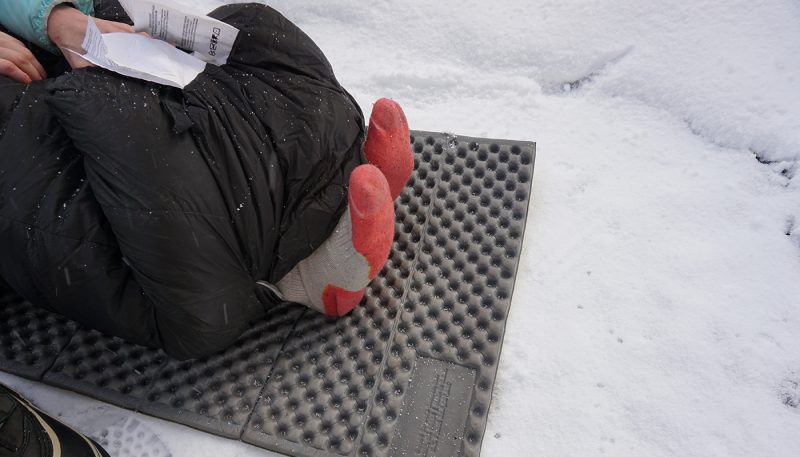 THE VERDICT
For ski tourers and mountaineers who want a lightweight winter bag for human-powered adventures, the Sierra Designs Nitro serves that need. We recommend pairing it with a lightweight, high R-value sleeping pad such as the Therm-a-Rest XTherm to get the most out of it. The Nitro is not the warmest or the most waterproof bag in our review, but it performed well for our testers even in snowy and stormy conditions. The Feathered Friends Snowbunting is more tailored to the serious mountaineer, but the Nitro wins in the weight category, contains hydrophobic treated down, and is more affordable, making it an attractive option for the weight-conscious and cost-conscious customer.
FULL REVIEW

The Nitro is Sierra Designs classic mummy-style sleeping bag line, which features models in 35ºF, 20ºF, and 0ºF options. It is available in Regular and Long lengths.

Compared to the other bags in this winter sleeping bag test, the Sierra Designs Nitro is on the thin side. This keeps the weight low, which we like, but the warmth suffers somewhat. We do not think the Nitro is as warm as some others in our test, such as the Feathered Friends Snowbunting, the Big Agnes Yock, or the Therm-a-Rest Questar.

One of the notable features on the Nitro is the vent in the footbox. It has an open flap that the feet can stick out from. This is useful for ventilation or for sitting around a campfire, but it does leave a vulnerable spot for cold air to sneak in. For the most part, the overlapping flap stays closed, but we think this feature is better utilized on warmer weather bags instead of on a winter bag.

Like the Therm-a-Rest Questar and The North Face Guide, the EN rating for this bag places the Comfort range at 15ºF, not 0ºF. The Limit rating is 2ºF. It is common for sleeping bag manufacturers to advertise their bags at the Limit rating, but we think this is a little deceiving for customers. If you choose this bag, keep in mind that it may not actually be warm and toasty at zero degrees even though it is a zero-degree bag.

The Sierra Designs Nitro 800 is the lightest weight zero-degree bag in our test. At only 2 lbs, 8.8 oz, it is over 5 ounces lighter than the next lightest, the Feathered Friends Snowbunting. We even tested some three-season bags that weighed more than this. For mountaineers, winter backpackers, and backcountry skiers, who carry their gear on their backs, this is a huge plus. The downside to most winter bags is that they are bulky and heavy, and therefore uncomfortable to carry for long distances, but because The Nitro has a low weight, we recommend this one for the gram-counting winter camper who plans multiple human-powered adventures in cold weather each year.

One tester took the Sierra Designs Nitro with him on a ski overnight to a hot spring. During the night two feet of snow fell. Thankfully, he stayed warm and dry in this bag, even though an intense winter storm and condensation build-up inside the tent.

Aside from the nylon shell material, what keeps this bag performing when exposed to mild dampness is the hydrophobic treated down. This coating is said to increase down’s natural water resistance and allow the insulation to withstand more moisture than non-treated down.

As the thinnest and lightest bag in our winter sleeping bag test, the Nitro is decently compressible, earning our second highest score. We found the Feathered Friends Snowbunting to compress better; it is a larger bag but with higher quality down, so it packs down into the same size package as the Nitro.

One detail to note is that the down used in the Nitro is duck down and not goose down. The primary difference in the two types is that duck down is more readily available and therefore more affordable. Goose down can be loftier, reaching 900+ fill power (as we can see in the Feathered Friends Snowbunting) whereas duck down maxes out at about 800-fill (which is what is found in the Nitro). However, when comparing 800- fill power duck down to 800-fill power goose down, it is difficult to tell the difference in performance, compressibility, and warmth. Some people think that duck down is more water resistant than goose down, which is an advantage, but since the down in this bag is treated with a hydrophobic coating, that is a negligible point.

As we mentioned before, the Nitro has a self-sealing flap in the footbox to allow for ventilation or for the possibility of wearing the bag around camp and leaving the feet out the bottom. We really enjoyed this feature on the Sierra Designs Cloud 35, which is a summer bag, but we find it a lot less useful in this winter version. However, the flap is on the bottom of the bag, so when the occupant is not sticking their feet out of the vent, the flap stays closed underneath the person’s weight.

Other features that contribute to the warmth of this bag are a thick draft collar that sits around the neck, a draft tube that runs the length of the zipper, and a cinchable hood. This cinch conveniently has two different diameter cords, so even in the dark, the user can distinguish if they are pulling the hood tight around their shoulders or around their face.

Finally, the two-way side zipper is only half-length. This leaves much less opportunity for cold air to get in around the zipper teeth while simultaneously saving weight.

With a 15-denier ripstop nylon shell, the Nitro, along with The North Face Guide, has the thinnest shell material on the bags in this review. This doesn’t mean that the durability is actually less, just that the possibility of lower durability exists. Other bags feature 20-denier, 40-denier, and even 70-denier shells, which certainly adds weight but also adds a little bit of tear resistance. That being said, we had no problem with durability on this product throughout our test. 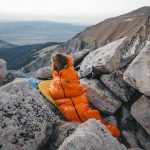 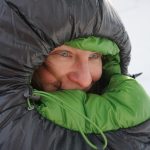 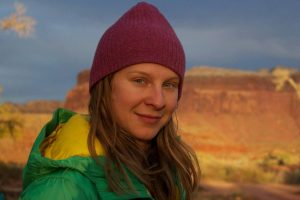