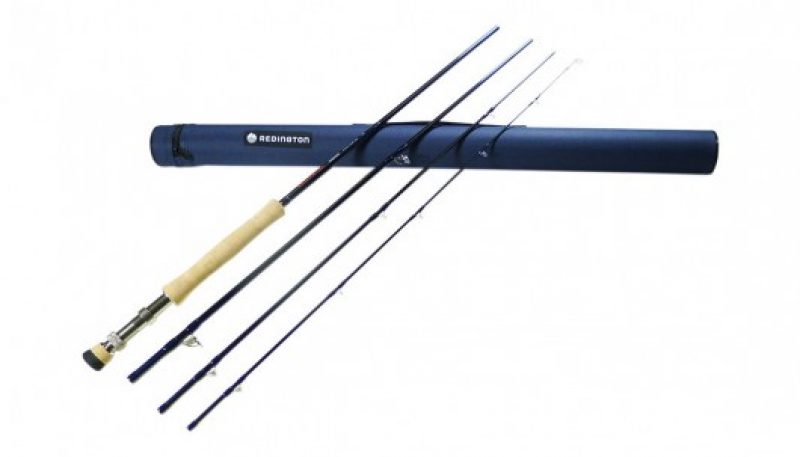 The Redington Predator brings a modest price to the performance salt water rod category. At a third the price of some other rods in this class, the Predator makes salt water angling possible for fly fishers on a budget, without a major drop in performance. The Predator may not cast as far as the Sage Salt or as accurately as the Orvis Recon, but it comes close enough in both cases that the $280 price could make the decision on what to buy devilishly difficult.

The Redington Predator offers decent performance at an unmatched price. Though it doesn’t top any performance categories, the rod performs well in most situations. It casts far enough to be useful, accurately enough to be mostly effective, and is stout enough to work fish into the net without excessive effort. It’s a good all-around salt rod at a budget price.

Fit and feel
The anodized aluminum reel seat may not be the most artistic material used as a reel seat, but it does the job—resisting rust in the corrosive saltwater environment. The slightly oversized line guides help shoot line, and the full-wells cork grip and rubber-bottomed fighting butt proved effective support in fighting fish into the net.  The rod felt a little heavy, especially after a few hours of casting big crab patterns.

Distance and Accuracy
The fast-action Predator does cast well, though I found I couldn’t move line nearly as far as I could with the Sage or even the Scott rods. It also lacked the precision of the Orvis rod we tested. But it got the fly out far enough, and close enough, to regularly catch feeding sea-run cutthroats off Puget Sound Beaches, and skittish silver salmon in Hood Canal.

General performance
I consider the Redington Predator a wonderfully affordable salt water rod capable of working alongside any of the other products in this class with just a modest drop-off in performance from those more expensive models. In short, it’s a decent all-around salt rod well-suited to the angler who plans just an occasional foray into the salt. The Predator is proof that there is no need to spend big to get a functional salt rod. 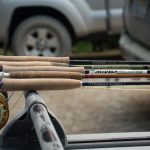 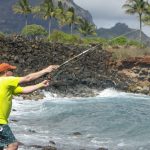