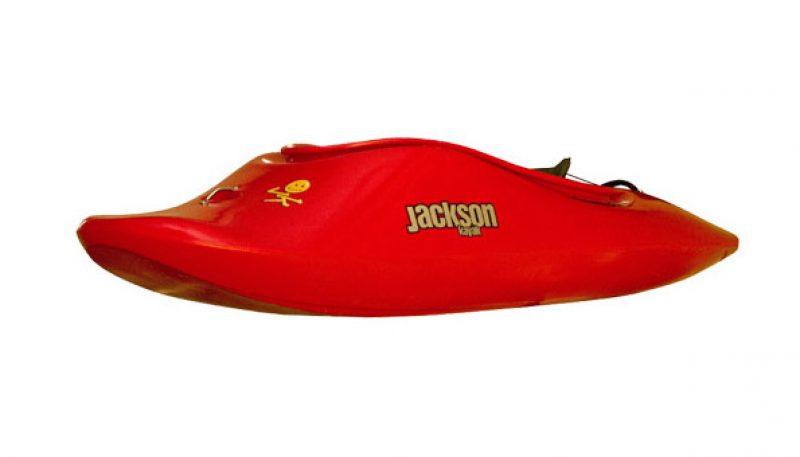 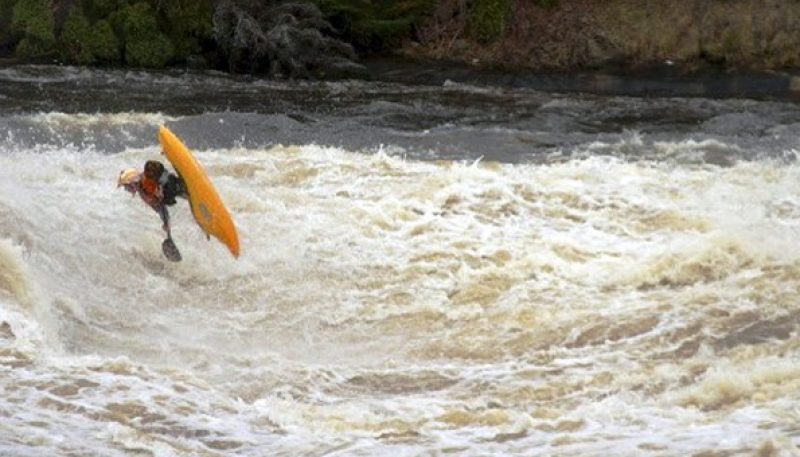 If you want to take your freestyle boating to the next level, and are looking for a kayak specific to that task, this is your baby. It’s shorter, faster, quicker and capable of going airborne bigger than any other kayak we’ve been in. Bottom line: if you can afford to add a freestyle-specific boat to your quiver, go for it. If you want to take it up even a notch farther, Jackson offers an uber-light, 20-lb. version in carbon fiber ($2,800), which, with a foam core, reduces the boat’s weight by nearly 10 lbs. for easier initiation and higher-amplitude moves.

The first thing I noticed (trivial as it may seem): it was way easier to get your spray skirt on. The shorter stern means the cockpit combing is closer to your back, which is handy for those of us who aren’t as limber as we used to be. With the boat a full inch shorter than the All Star I usually paddle, it was also way easier to grab the confounded grab rope some local yahoos jerry-rigged to a nearby tree to get on the local play wave. When the handle floated into range, I could reach out and grab it very time, without having my reach thwarted by a longer bow.

My lunchtime-sesh wingman Matt Hammer has one of his own and calls it “stable, super loose and wicked fast on a wave.” I found it to be all those and more, letting me old-school spin like Bambi on ice and initiate blunts on seemingly auto pilot. The kayak is also more squared-off and higher-volume in back, making it more stable when you find yourself leaning back on its short deck. But you have to get over fact that it looks like you’re paddling a mini-refrigerator.

One buddy of ours, even older-school than me, ended up selling his because he had a hard time rolling it; but someone else quickly bought it from him at  hear full retail.  Indeed, after one particularly violent thrashing in the hole, I didn’t get up until my third attempt. But that’s likely swirl-o-grammed, head-raising pilot error more than anything else.

In short, the Rock Star made for bigger looping, easier cartwheels, and quicker spins, all created, from a technical standpoint, by a refined rocker profile (allowing it to “reel” up before  initiating moves), drop chines, more volume (with balanced distribution), a refined bow shape and a new higher seating position that puts you 1.5 inches higher than in boats like the All Star, offering more leverage. While sitting 1.5” higher up takes some acclimating, it offers that much more power once you get used to it.

On the outfitting front, it was also the first time I got the chance to use Jackson’s new thigh floats, that sandwich your thighs and knees up against the knee braces. The underleg balloons worked great, securing you in like a ski boot. 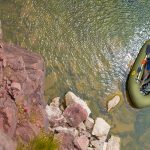