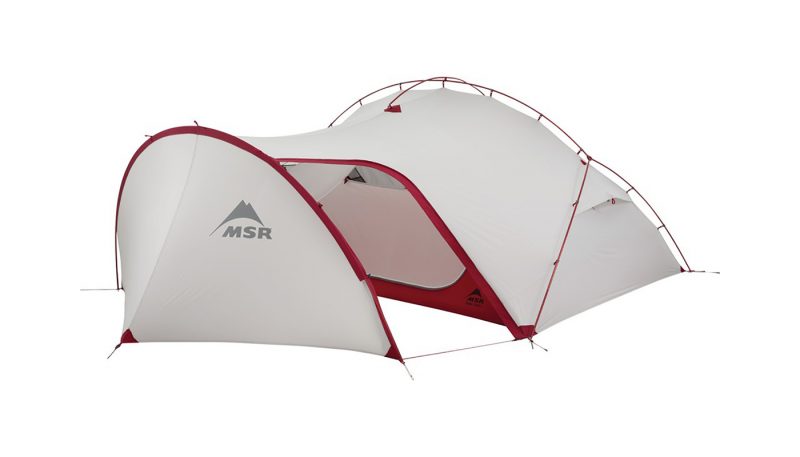 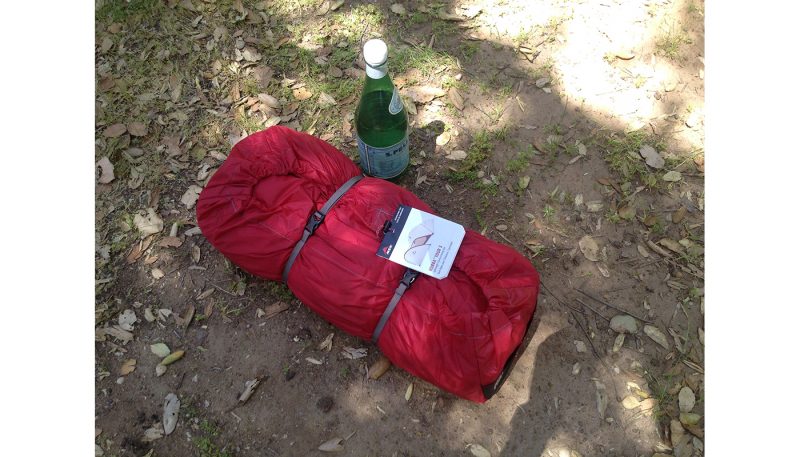 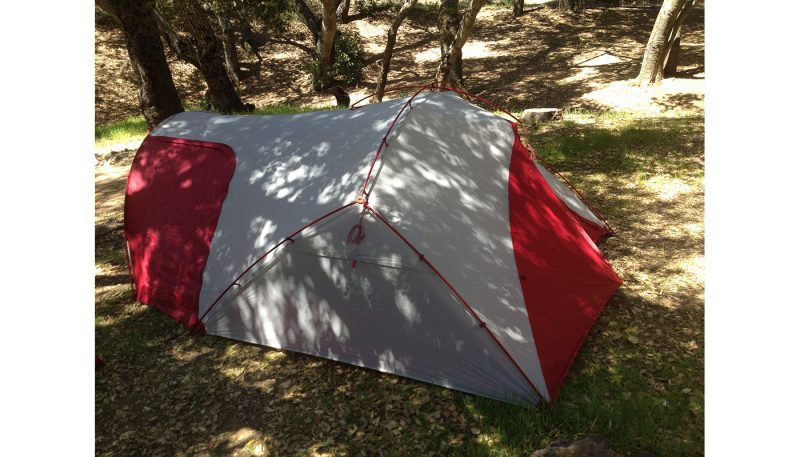 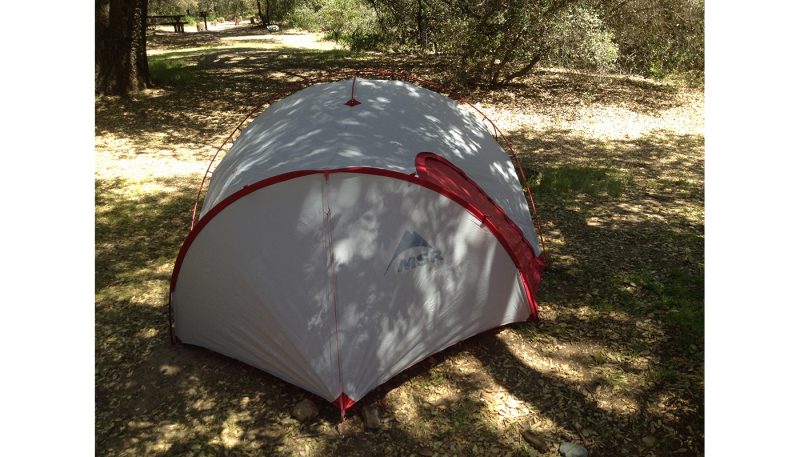 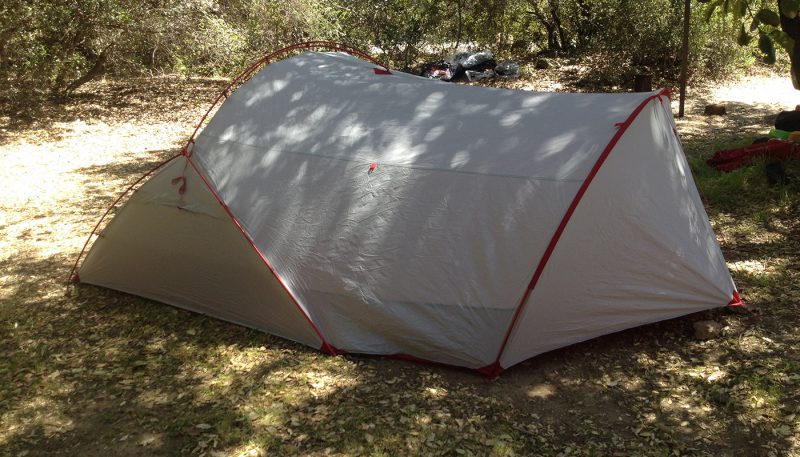 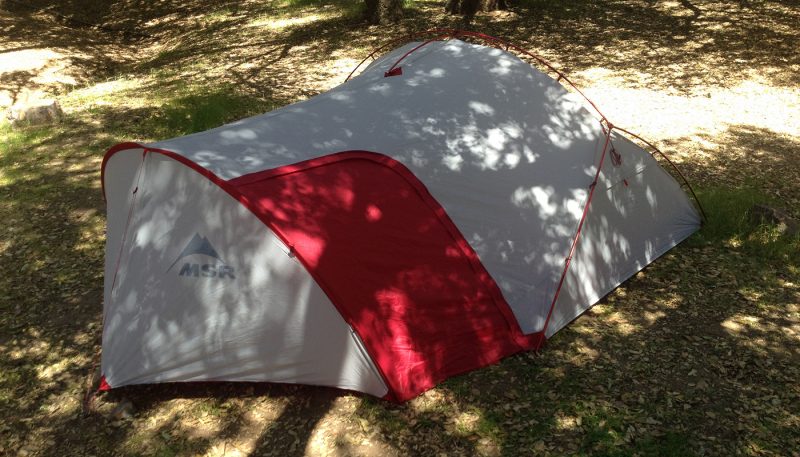 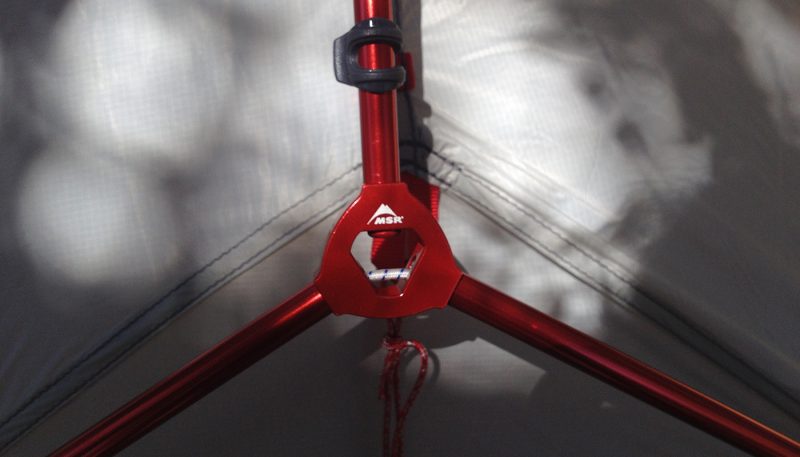 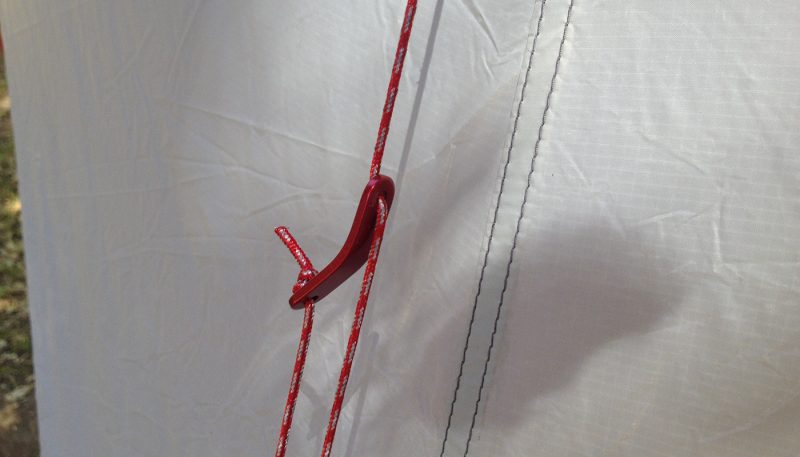 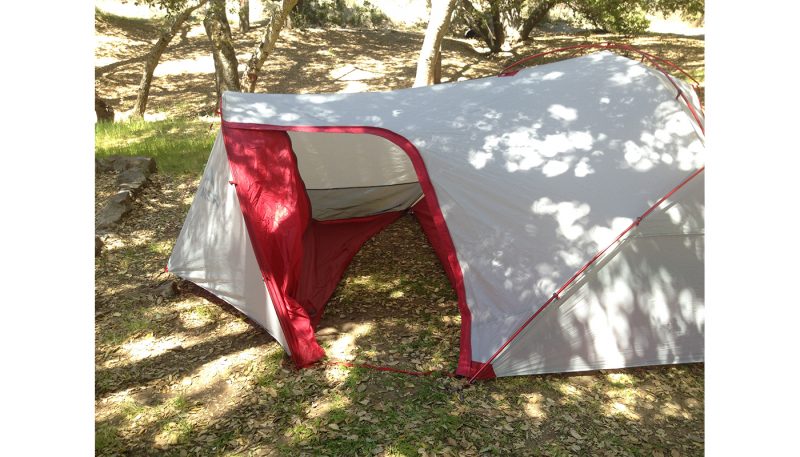 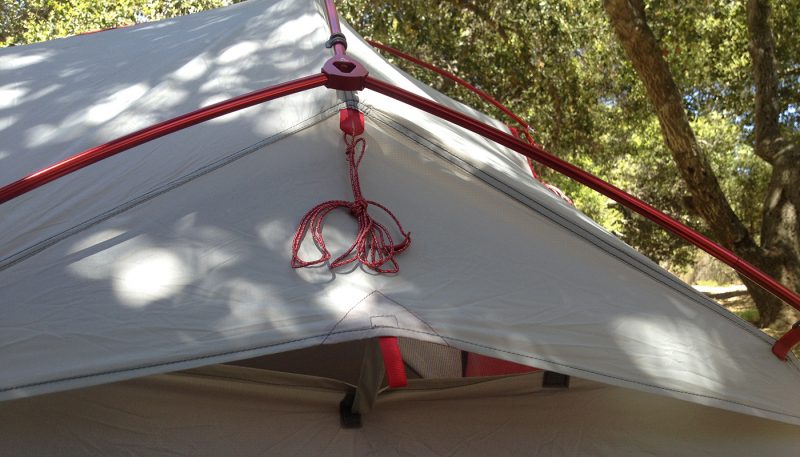 THE VERDICT
The MSR Hubba Tour 3 performed near the top of the charts, with its main draw being a large amount of living space you get, at the cost of its heavy weight. This tent is straddling the line between big enough for bicycle touring, and light enough for backcountry trail use. The MSR Hubba Tour 3 is a touring tent that provides a lot of living space.
FULL REVIEW

The Hubba Tour’s vestibule is propped out by an independent pole, although it requires stake placement, as tension keeps the vestibule from collapsing in upon itself. This is a huge vestibule, 2.32 square meters, enough to get a bicycle or two undercover. This is more than twice as much vestibule as the next-biggest. It also has the second-most interior area, although it is tied for the lowest peak. It is heavy, but it sports a lot of space inside. This much space isn’t truly necessary in the backcountry, definitely not for lightweight deep backcountry adventures, but it sure is nice to have when it’s raining outside and you have enough covered space to refer to two ‘rooms’.

The MSR Hubba Tour suffers from being the heaviest in this group. The tent’s stuff sack includes a small fold-out tarp to keep it clean while packing. Cinch straps compress the packed tent into a very tight, compact cylinder. The long-side drawstring opening in the sack doesn’t allow for much stuffing, but the buckled cinch straps do a well-enough job of keeping it compact. And for that weight, you truly get a complete living space, where three campers could spend a 48-hour storm in relative comfort.

It took us 7.5 minutes to set up this tent, largely because of momentary confusion caused by the huge vestibule. That vestibule uses an independent pole that requires it be staked out to keep it upright. The fly is attached, which means you aren’t going to be stargazing in this tent or keeping it off on hot nights. But it also means that the tent interior is protected during setup. The poles connect to the corners of the tent body through a cleat.

This tent sports six guylines, and an additional half-dozen tethers that can also be used to secure the tent in high winds or blowing rain. This security is necessary because this is a big tent that presents a big wind profile. The extra tethers allow you to customize your guyline placement to create a secure shelter in most conceivable circumstances. The walls of the fly come down low, which can restrict ventilation but also keeps out driving rain. Ventilation is a bit less important with this tent because you’ll be able to leave most of your wet gear out in the huge vestibule– it won’t dry as quickly without your body heat driving the process.

At $750, this is an expensive tent. There are two doors and two vents which provide a very good amount of air flow. 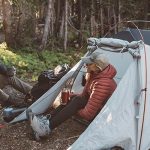 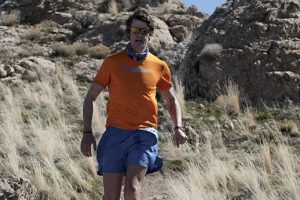