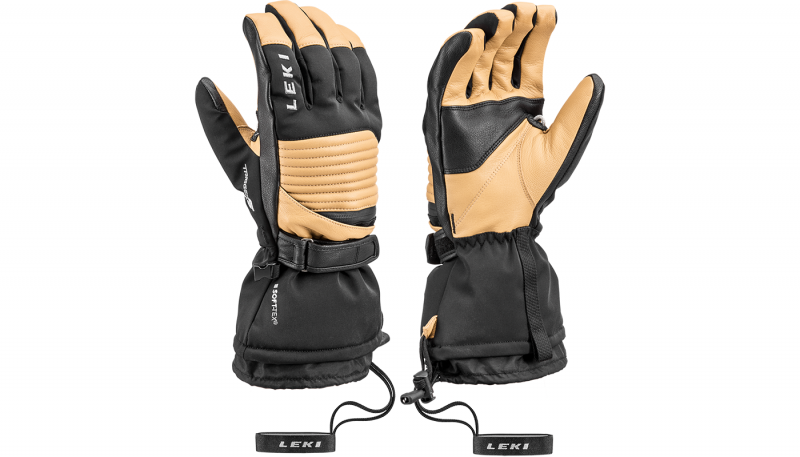 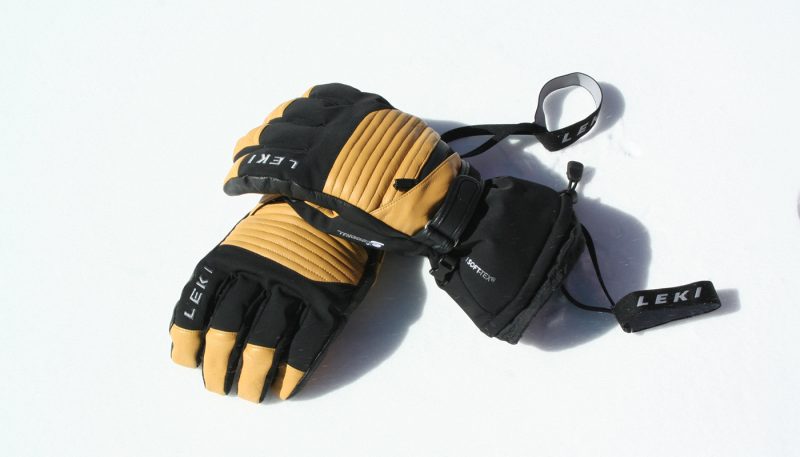 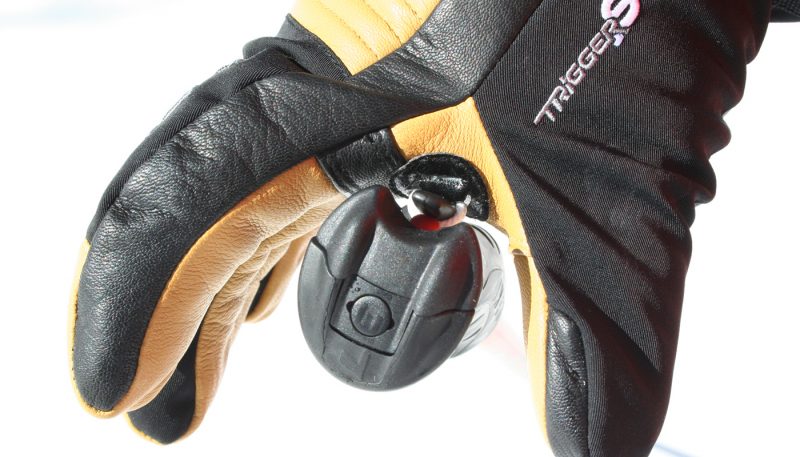 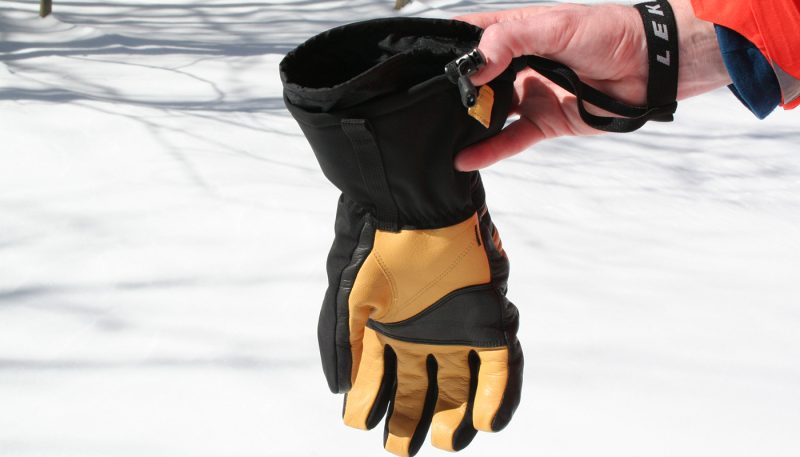 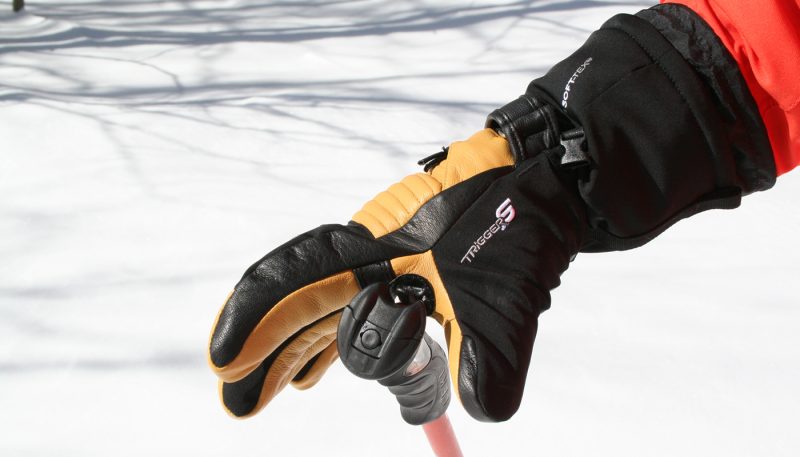 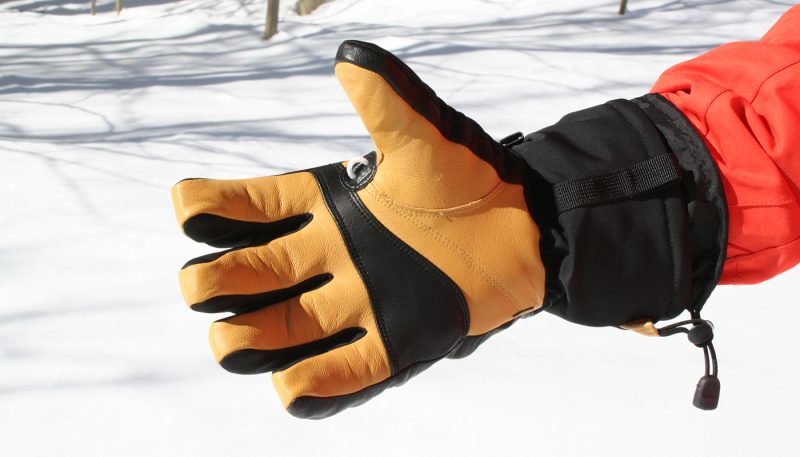 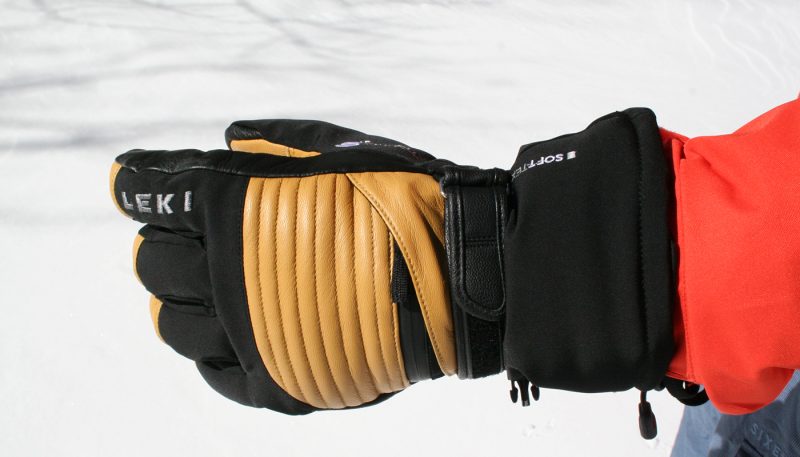 THE VERDICT
The Leki Xplore XT S is a solid pair of ski gloves with many features that will be extremely attractive to the majority of skiers. Although they weren’t the warmest gloves in the test and don’t provide waterproof protection, they are durable enough to last for years, and the Trigger S system is an innovative concept that makes it easy to keep Leki poles at hand without being constricted by a pole strap.
FULL REVIEW

The Leki Xplore XT S gloves were warm on the mountain during most days. During extremely cold temperatures, our fingers did begin to get cold, but the pocket for a heat pack on the back of the gloves worked extremely well and by taking advantage of this feature, we were able to keep our hands warm even when the temperatures fell well below freezing. The Xplore gloves didn’t keep water out of the glove during the ice bucket test, though, and the glove was nearly saturated within a few minutes of being submerged. Not only did water come in through the zipper for the heat pack but also through the fingers.

The leather in the Leki Xplore XT S isn’t quite as soft as the Gordini and Ortovox, and the padding in the fingers and palm is a little thicker, but the Xplore XT’s also feature a pre-formed curve and have a extra leather pad in the palm as well as a stitching design that reduces the bunching of the glove and improved their grip. The unique Trigger system on the Leki also provides the added bonus of making sure your poles stay connected to your gloves regardless of the grip (provided you are using Leki Trigger system poles).

The Leki Xplore XT S have relatively thick fingers that don’t allow for much dexterity. The leather in the fingers is soft, which helps, but it still isn’t easy to handle small objects while wearing them.

The synthetic material in the Leki Xplore XT S gloves seems to be strong and abrasion resistant. The leather is thick and has double layers in the high-wear zones. The gloves feature double-stitching on the palm, but only single stitching on the back. Still, the Xplore gloves give every indication that they could hold up to years of heavy use.

Like the Scott GTX gloves, the Leki Xplore XT S gloves are a bit on the bulky side, but they make up for that with a roomy cut to the glove that creates a more comfortable fit. The lining is soft and the padding inside is among the most cushioned of any of the gloves in the test. The only drawback is that the lining tended to stick to our hands when sweaty.

The Leki Xplore XT S gloves were among the most feature-rich of all the gloves in the test this year and included some features that none of the other gloves had. Among the most prominent feature is Leki’s Trigger S system that allows the small built-in loop on the gloves to clip into Leki Trigger poles as an easy way to make sure your poles are always close at hand. The Xplore XT also have a glove leash, an adjustable wrist strap, and even zippered pocket on the back of the glove that can hold a heat pack on cold days or provide a little more ventilation on blue bird days. The biggest downside to the design is the lack of a nose wipe on the gloves and on top of that the material on the thumb where the nose wipe typically would be is much more abrasive than the materials on the rest of the glove.

Although they are often not given much thought, ski gloves are one of the most important tools in a skier’s arsenal. To give readers a better appreciation of how gloves perform in different conditions, we tested these gloves in every possible real-world skiing condition we could – from blue-bird days on the resort to cold, wet, blizzardy conditions that keep most sane skiers home. Because warmth and waterproof are such critical elements, we also subjected each of the gloves to an ice-bucket challenge where the gloves were worn for 30 minutes while submerged in a bucket of icy water. 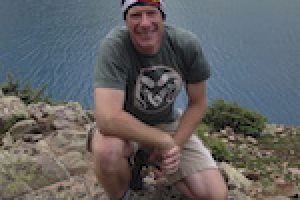 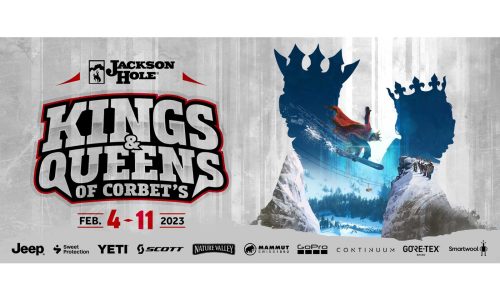